The drawing is in Pen & Ink and measures 48 x 47 cms. The drawing combines direct observation with imaginative speculation and involves complex and intricate detail. It contains multi-layered information, which includes scientific diagrams, real and imagined astronomical charts showing the Supernova, lunar observations, cloud structures, electrocardiogram charts and images of two of my previous sculptures. The sculpture on the left, Double Wormhole has been included in many exhibitions including The Sanyi Wood Sculpture Museum, Taiwan and the sculpture on the right is now in a collection in Washington State. The mathematical principles of the Golden Section provide an underlying structure to the drawing. 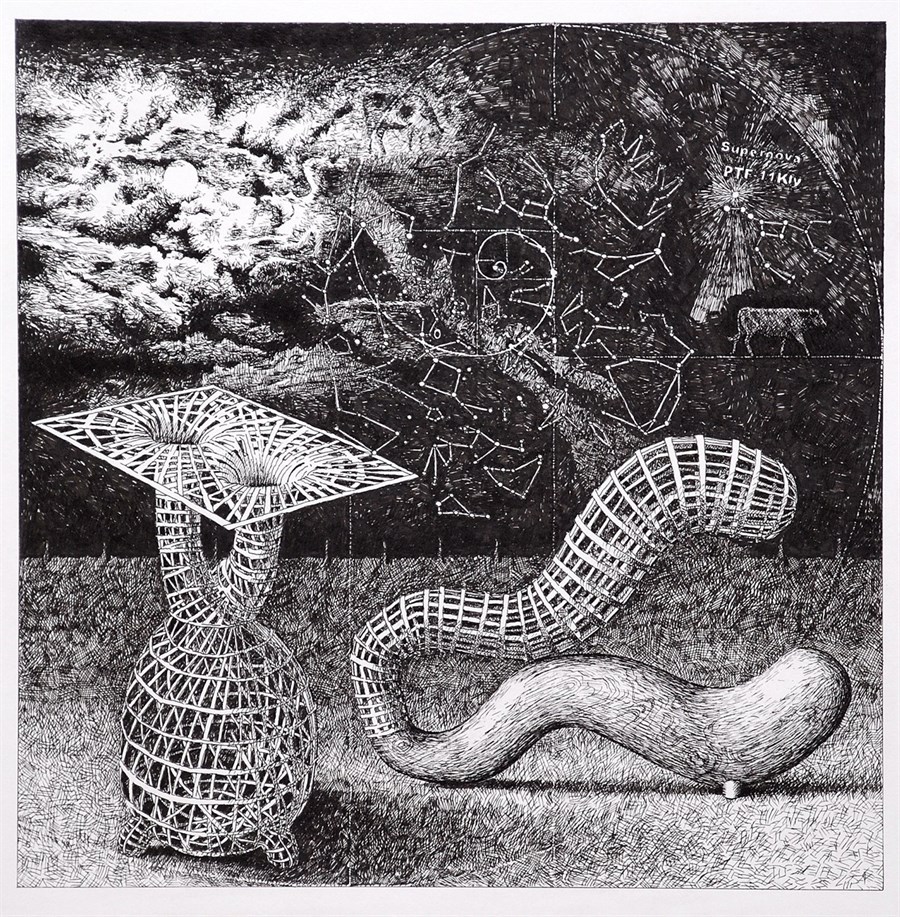 A solo show of new drawings that is the outcome of an Art and Science collaboration residency funded by the University of Manchester. The exhibition responds to concepts of 'noise' in medical imaging. 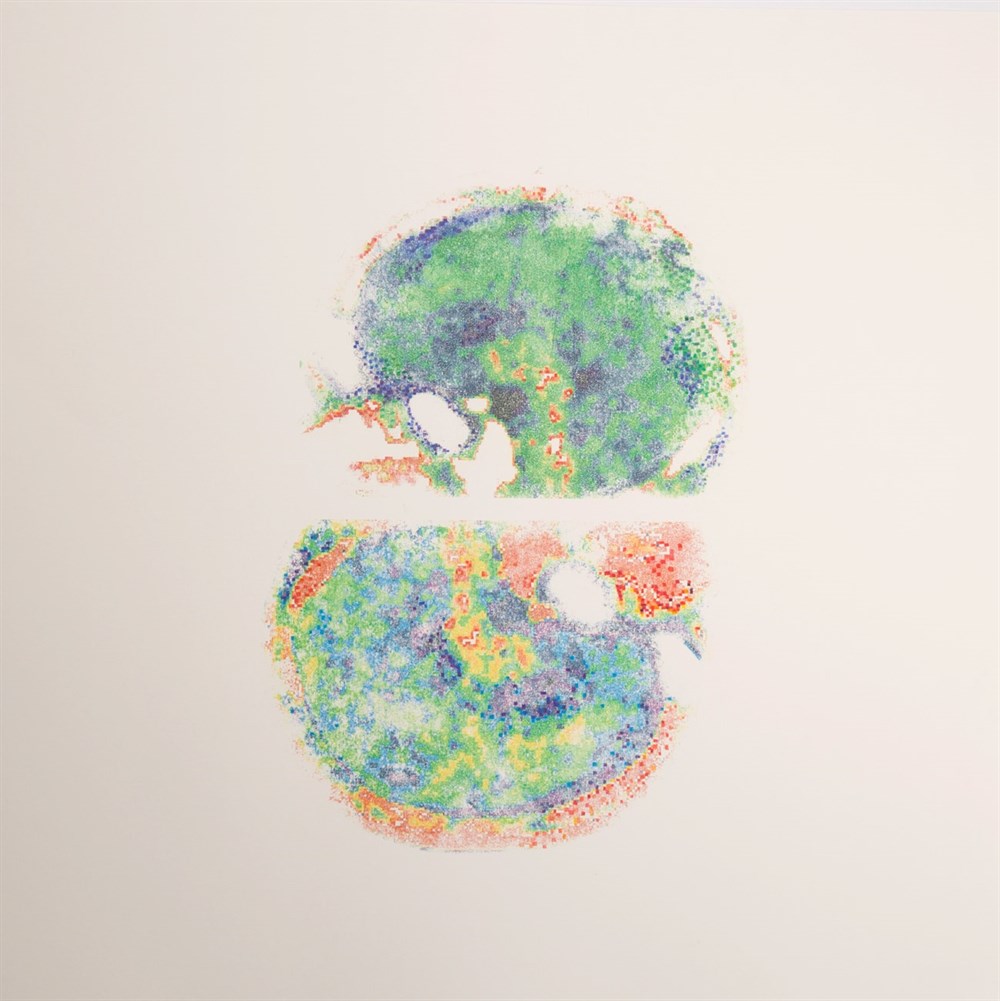 Artist Book describing marine creatures, found objects transformed by salt and wave action, including plastics. The book forms part of PHD submission of a practice based project titled "Drawing on Nature: The Legacy of Ruskin's Cosmos". Practice involved walking, drawing, collecting, writing. The book is held at Lancaster University Library where it can be viewed and handled by appointment with librarian.
From the 27 pages of drawing on linen paper, four examples here. 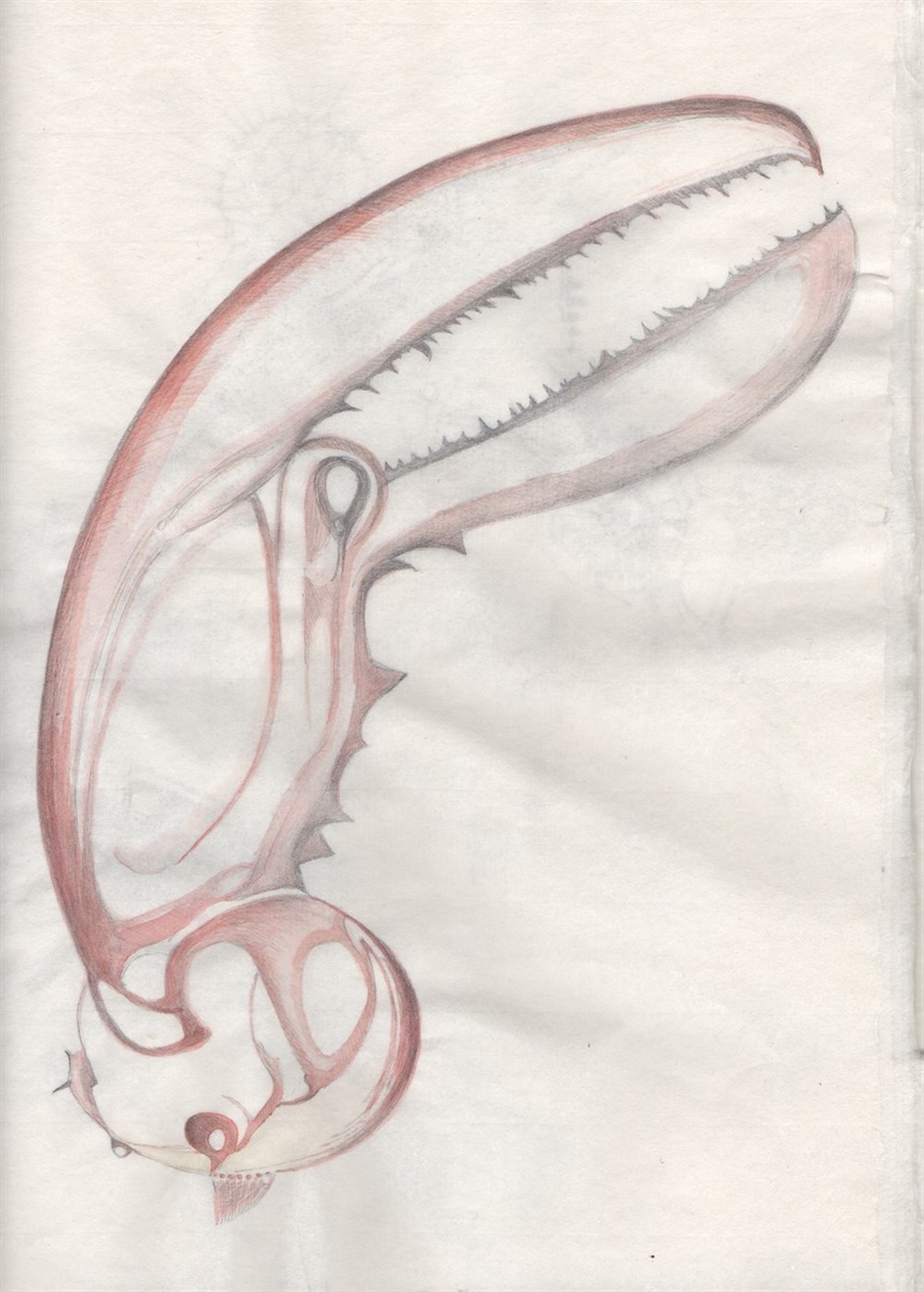 The Lichen drawing was made over two months following the same route over Dartmoor gathering fragments of the Lichen growing there.

The Lichen holds the granite
The granite holds the land
The land holds the ancient forest of Dartmoor. 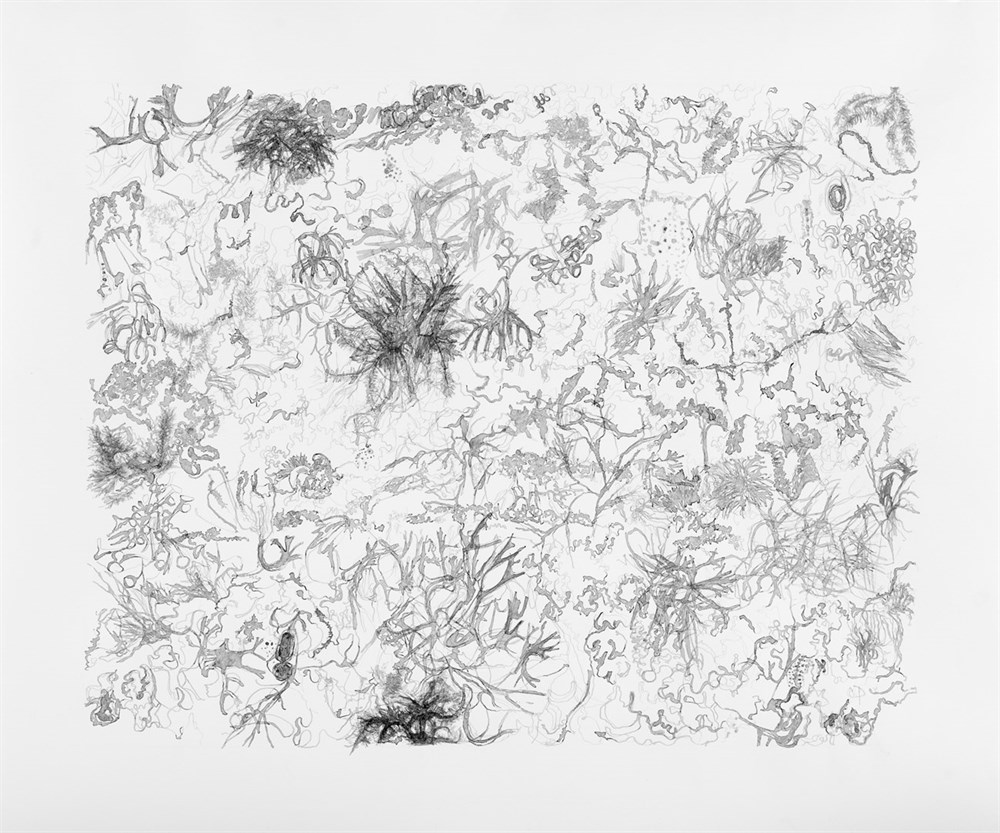 Drawing Lune in the moonlight

Lune began in 2009 and grew out from the series Untitled (in papyro). It has become a generative form currently comprising drawing, animation, projection and installation.

I came across a publication by NASA which details through diagrams all the solar eclipses over a 5000 year period from -1999 June 12 to 3000 October 19.

Each drawing stems from the linear path of shadow traversing the Earth’s surface as seen in each diagram. The forms in the In Papyro series evolve from numerous self-devised templates. Lune is drawn through one of those templates. 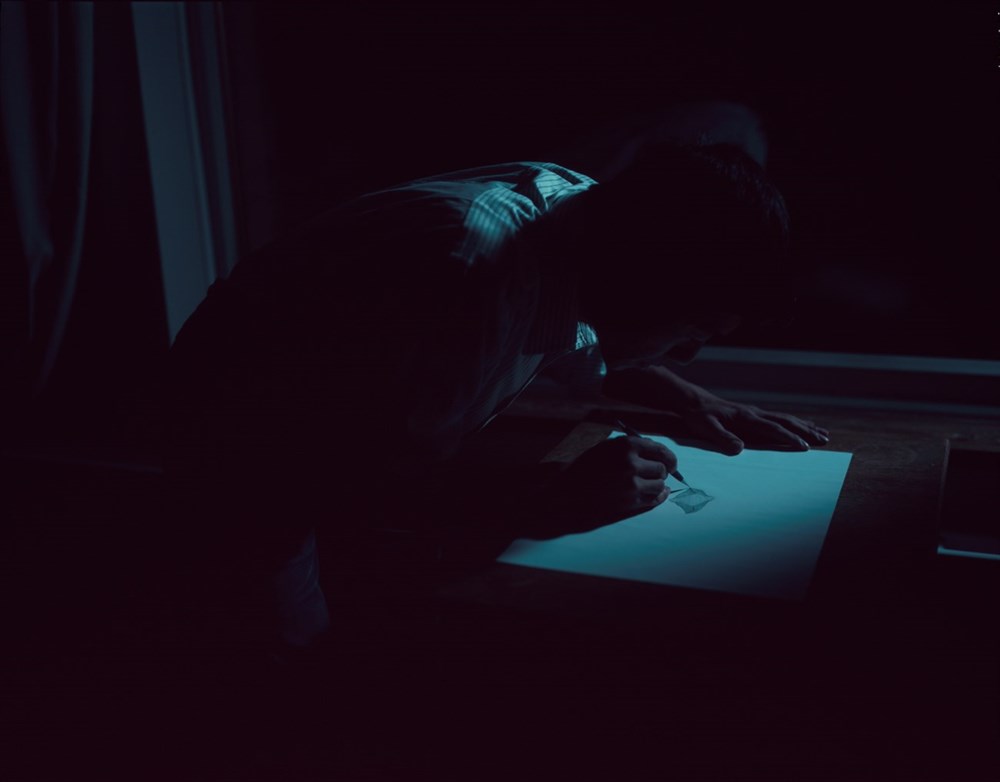