A series of domestic objects were subverted by industrial materials; molten iron, which questioned the roles of gender whilst highlighting the consciousness of stereotype. The performance consisted of an all female crew running the cupola and pouring molten iron in and on to domestic objects; exploring international collaboration and the role of women in industry. 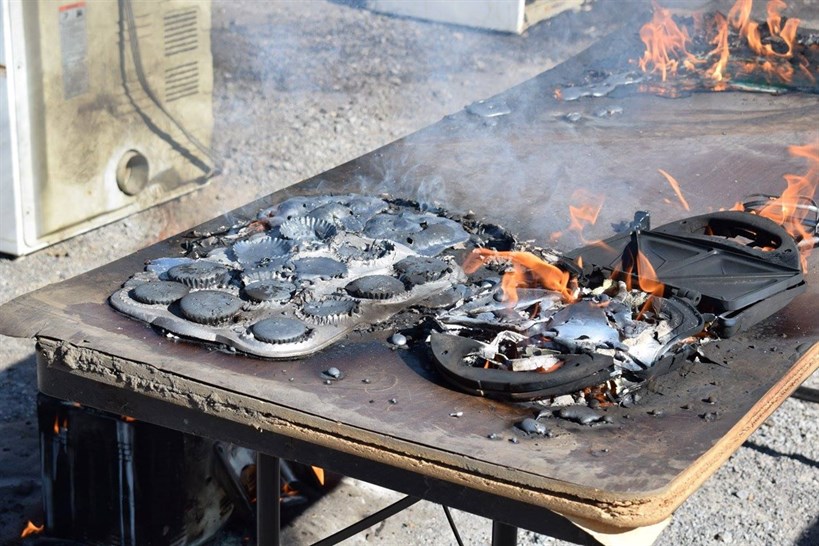 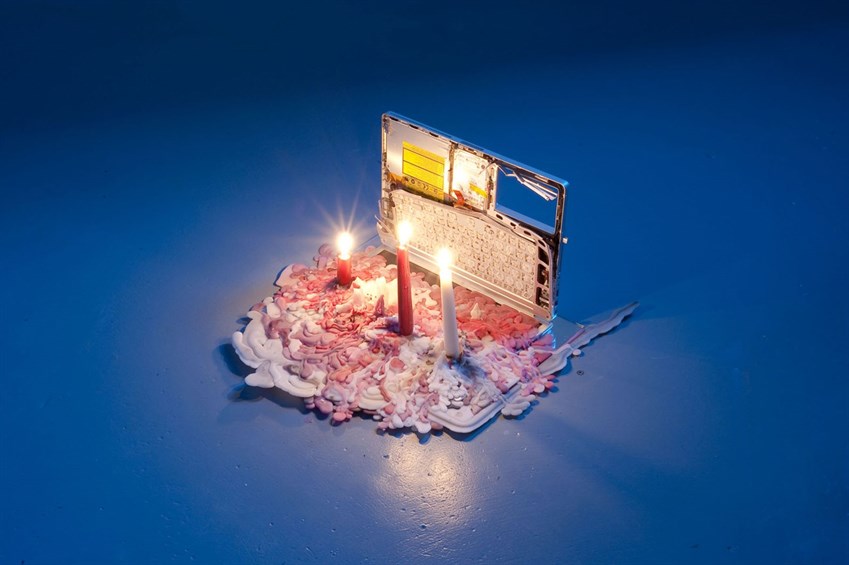 The piece references kitchens as places of nourishment and creativity, as well as sites of potential accident and disaster; wood is used for its connections with sustenance, warmth, sustainability. This is a theme which I've returned to repeatedly over the years. 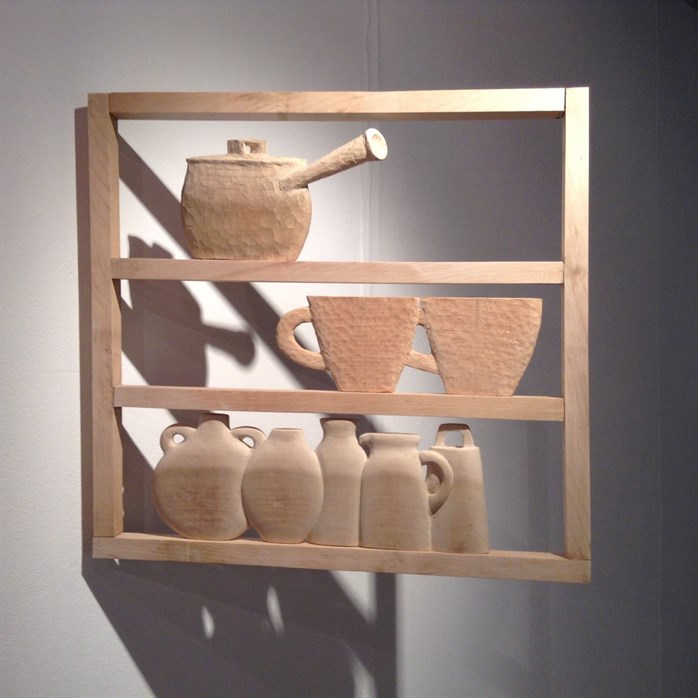 I Made an Umbrella from a Stick, Three Pieces of 5mm Dowel and a Roll of Super Absorbent Thirst Pockets Kitchen Towel, 2016

An artwork about, amongst other things, futility, failure, hope, ambition and DIY 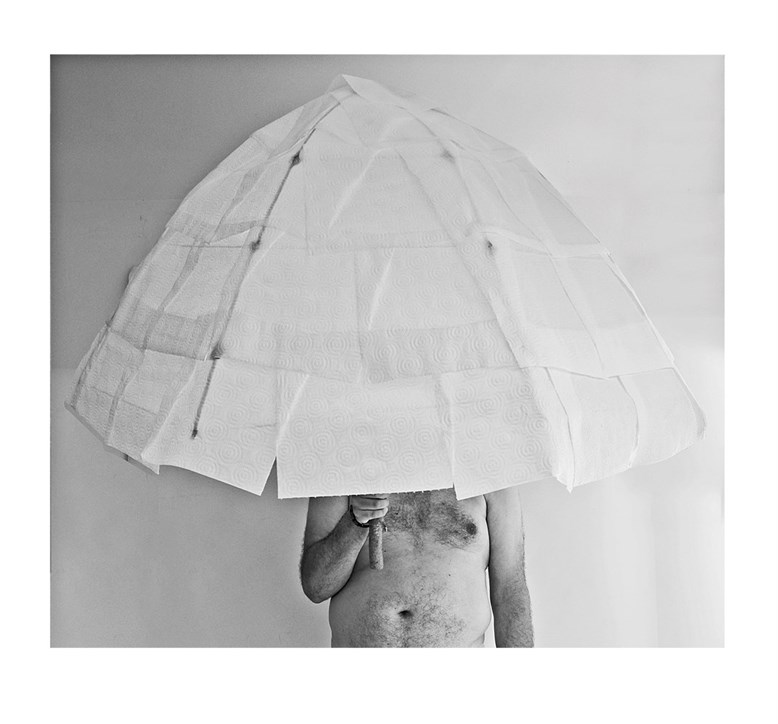