For September's Artist of the Month we've selected Claire de Lune, a ceramic artist and painter based in Margate

I am a ceramic artist, painter and designer and I currently live and work in Margate, Kent, as I fell in love with the beautiful sunsets down here. I have a fat, hairy cat called Sabrina, who is snoring away beside me as I type, and you can usually find me barefoot and covered in clay at the studio.

I graduated from Edinburgh College of Art in 2012 from the ‘Intermedia’ course, where I specialised in ephemeral works in video installation, sound and performance. I side-stepped into ceramics about five years ago and I didn't know at the time, but I was about to discover my family have worked in clay for over 700 years (more on that later). It was in my blood.

I’m a bit of a romantic and I think the driving force behind most human behaviour is a need for connection to other people, or to be understood and heard. That’s why all the songs we remember are love songs! When you start to see into the heart of it, you realise that we have much more in common than we do differences. I think this feeling of connection, or trying to find your place in the bigger narrative is something that runs through a lot of my work.

At the moment I use black clays and porcelain, making a mixture of large and small scale figurative works - dream-like amorphous characters. They all grow out of one another, like a plant that sprouts up in unexpected places. 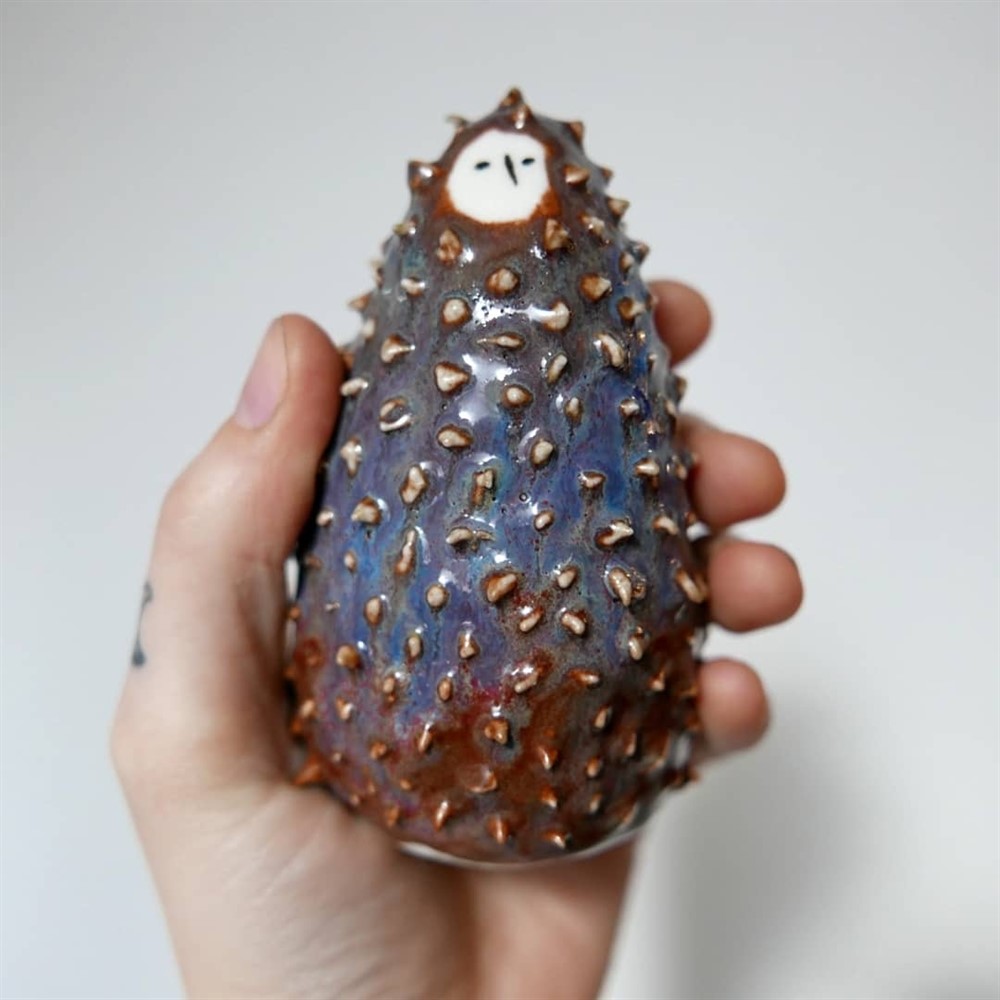 What's the starting point for a piece of work or project?

As I work alone most of the time, I like to imagine each piece as the beginning of a conversation.

I’m inspired by literature and read a lot of novels, short stories, fairytales and poetry - Herman Hesse, Barry Yourgrau, Angela Carter, Denise Levertov - and often end up writing a line or a short poem that hints at the feeling I’m trying to convey with a work. Like when you’ve written down a lyric from a song you heard on the radio. These are sometimes a starting point for a new collection, or become titles, sometimes they just keep me on track!

Dreams play a big part too. I have a neurological condition which makes my dreams heightened and vivid and are an important part of my experience of the world. It’s the place where I work things out, and see characters and stories come to life. Dreaming is that space where answers come to the surface. And I dream about glazes. A lot.

The whole process of making is like building a giant coil pot, except the coil pot is your life. You work away at something and it feels like you are moving forwards in a linear way, then it shifts and changes and you're trying something new, some things don’t work, but you keep on going. Eventually you realise you have come around full circle and it all joins back to itself, and as it grows taller hopefully you’ve learned something. With each new coil, you know that you are adding to something bigger than the part - and hopefully other people enjoy it on the way too!

As an example, right now I’m working on an installation for a new show ‘Collective Disturbance’ during the Turner Prize this September. I've been working with porcelain inlays on black clay for a long time, so I took my favourite parts of previous works, and designed a new large scale artwork that pushes me further than I’ve ever gone before with the clay. The theme of the show is partly inspired by 'Meaning and Melancholia: Life in the Age of Bewilderment' by Christopher Bollas, and the fragmentation / disconnection of our current social and political state, which is something that is concerning us all at the moment. Ruth Fox invited me to take part as my themes of connection and identity were a natural fit. I like working to a deadline that pushes me out of my comfort zone, and that thrill of creating new work specifically for a show. 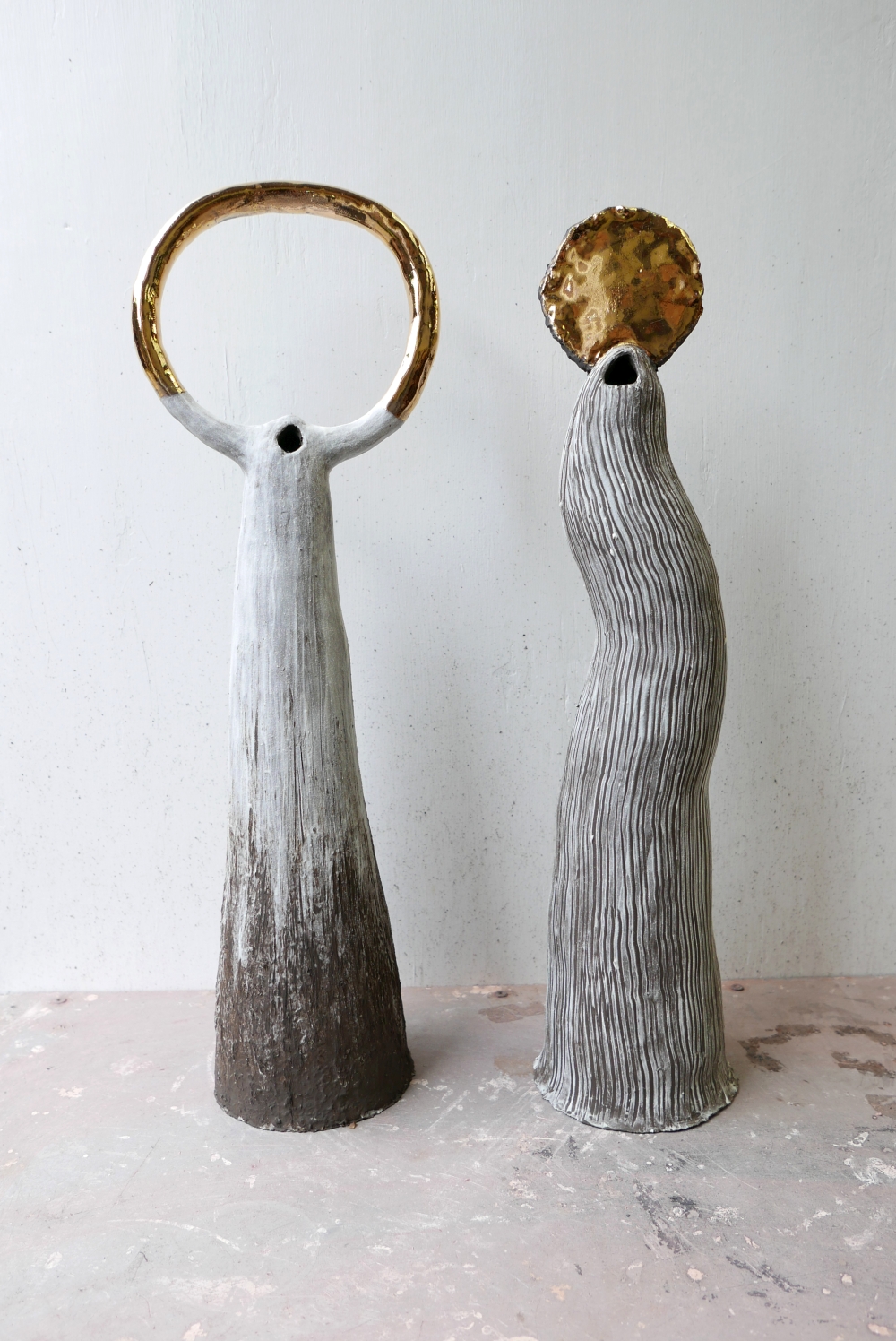 You recently took part in the BBC television series 'Made in Great Britain', what was that like as an experience? What did you learn from it?

‘Made in Great Britain’ was a six-part BBC Two series in which myself and three other makers, led by Steph McGovern, travelled the UK to learn about the history of our heritage industries. We covered metalwork in Sheffield, shoe making in Northampton, cheese in Wensleydale, chocolate in York, hats in Luton and… ceramics in Stoke-on-Trent!

It was a life-changing experience for me as the team had their genealogists investigate my family tree… Whilst filming a scene in which we dug for raw clay from the ground (hard work I can tell you), Steph surprised us and presented me with a piece of paper - it was a 1448 court document of my great (great x 14?) grandfather being fined for digging up clay on the road! That’s where the term ‘Pothole’ comes from! It also transpired that we were digging in the same spot that they were arrested at, and the land now belongs to my new found cousin Louise Adams! From there we went on a family journey including a visit to my great grandfathers old house, and factories they worked! I had goosebumps the entire time. 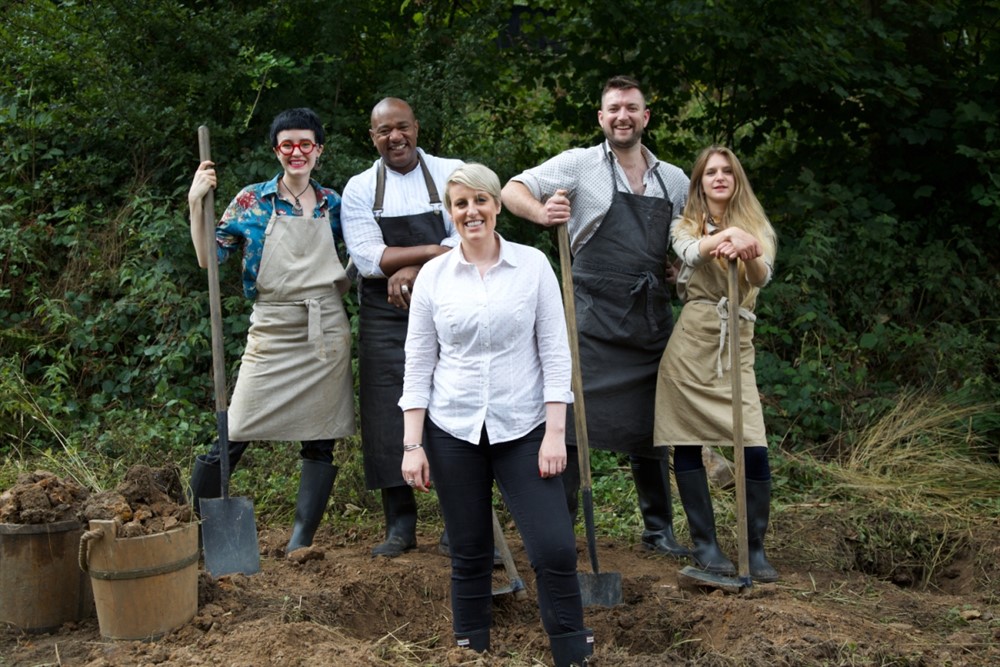 Made in Great Britain. Courtesy of the BBC

It was incredibly humbling to discover my family has been working in clay for over 700 years (minus the generation it skipped after the war), and the very hard conditions in which they worked as we moved through the industrial era. It puts a lot in to perspective. But I also feel proud to belong to such a rich history.

I’ve taken home a renewed sense of purpose in my work, a new connection to family, and a deep respect for the development of my chosen materials (or did they choose me). I learned so much during the filming, I could write an essay on it. Maybe I’ll put it on my blog!

I’ve always felt that clay is a time machine - you step out of normal human time, and in to something that is at the same time completely present, but eternal and timeless. Working in clay is a process which has gone relatively unchanged for 30,000 years. Isn't that incredible?

My friend Myriam Mechita always inspires me with her beautiful, sensual figurative drawing works alongside quasi-mythical ceramic creatures. Her installations are beautiful and mysterious. I met her while working in Berlin and she gave me a big push back into ceramics! Thanks Myriam.
Peter Lubach makes these glorious whimsical ceramic characters that are like totems. They are the kind of work I want to talk to. I hope to pick up a piece of his one day! It’s important to be surrounded by things that inspire you.

I recently found Carole Seborovski on Instagram and love her intricate gold and silver sculptures that sit somewhere between Catholic, Hindu and Atzec ritual objects, and personal story telling.

I love a lot of people and a lot of work.. but I’ll stop here for now. 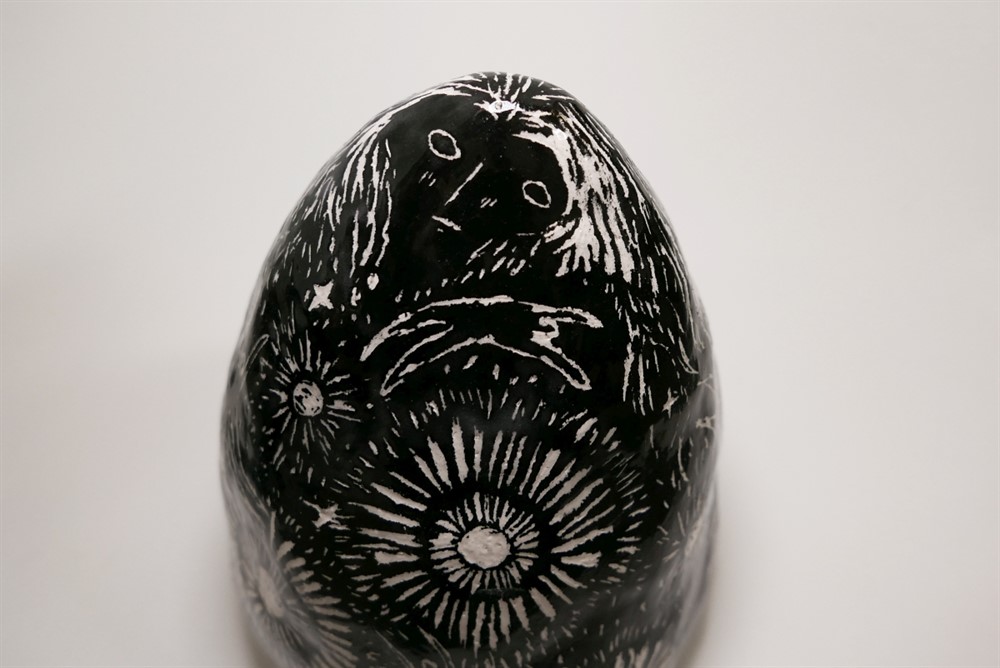 I love the 1971 Bas Jan Ader film ‘I’m too sad to tell you’ - what did he want to tell you? Why is he so sad? It’s the space we leave in the work for you to add your own story, that’s what I love. It becomes more of a conversation, where you can feel heard too. We are in dialogue. I make art to connect to other people. But if I make something and then tell you exactly how to feel about it, then the work is already dead, what’s the point? You can’t be inspired any more, not in the same way. Like any object, or conversation, it’s the story we invest in it that gives it meaning and a value to our lives. To be honest in the current political climate, I want to bring a little joy, a little relief. If one person can leave my exhibition with a smile, then I’ve done my job. 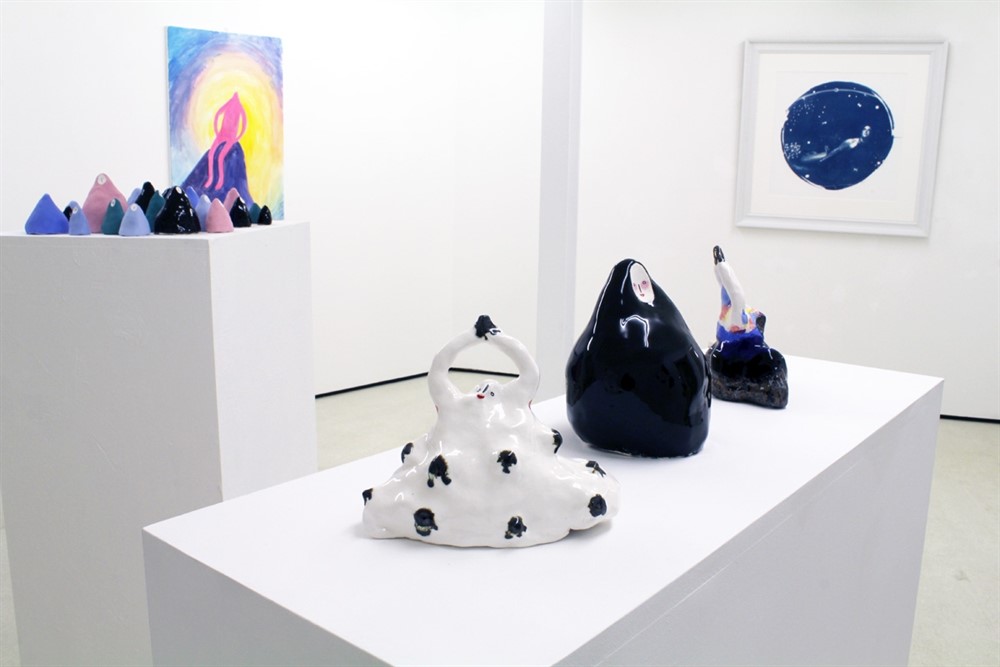 This show has been selected for the Turner Prize programme of exhibitions curated by Margate Festival, as supported by Arts Council England, Turner Contemporary, Kent County Council, Dreamland Margate and Southeastern.
Collective Disturbance opens on the 27th September at Gordon House, Margate.

Then I’ll be up at the Independent Ceramics Market in Peckham on the 28th Sept, and opening my next group exhibition TROVE at Joseph Wales Gallery on the 13th November. This exhibition will be an otherworldly staging of contemporary ceramic objects where the present day and history connect. With Ceri Elliston, Claire de Lune, Abigail Ozora Simpson and Louise Frances Smith.

I’m also working on a new project – Margate Tile Makers – with Sarah Hopkinson and Handmade Margate, where we are creating a production community for bespoke tiles. https://handmademargate.co.uk/blogs/news/introducing-the-work-of-artist-ceramicist-claire-de-lune-for-margate-tile-makers