We are delighted to announce the appointment of two new artist Trustees, Holly Slingsby and Fiona Grady. We are proud that two more Axisweb artist members will join the Board of Trustees and help to strengthen the mission and vision of supporting artists.

Holly Slingsby is a visual artist based in Margate. Holly’s practice centres on performance encompassing live action, props, costumes and video. Drawing on a wealth of art historical and contemporary imagery, Holly’s work explores belief in a variety of contexts, such as beliefs invested in religious iconography (in works such as Behind the Curtain), or the belief entrusted to medical treatment (Eostre Eats Estradiol). Alongside Holly’s artistic practice, Holly has worked for Matt’s Gallery and Film and Video Umbrella, as well as working on large commissions for artists such as Conrad Shawcross and Gillian Wearing.

Holly commented “I have been a member of Axisweb since 2010 and have always valued the platform and support which the organisation offers. I know first-hand the problems that artists face in current socio-economic conditions, and the kinds of support we need. As a Trustee I hope to champion Axisweb, and the importance of art and artists, increasing our impact and influence.”

On her appointment Fiona said “As a member of Axisweb, I have been using the platform for the past few years. I’m keen work with Axisweb to give artists the opportunity to increase their online presence whilst developing skills to sustain their practice.”

Fiona is a featured artist on ITV Creates, a year long project which invites UK based artists to design an artwork incorporating ITV's logo to be filmed as 'idents'. Rather aptly my stained glass effect artwork Encased Light has been selected for the Easter week.

Fiona has solo exhibition Spectra Waves at the University of Brighton is open until 12 May 2019. 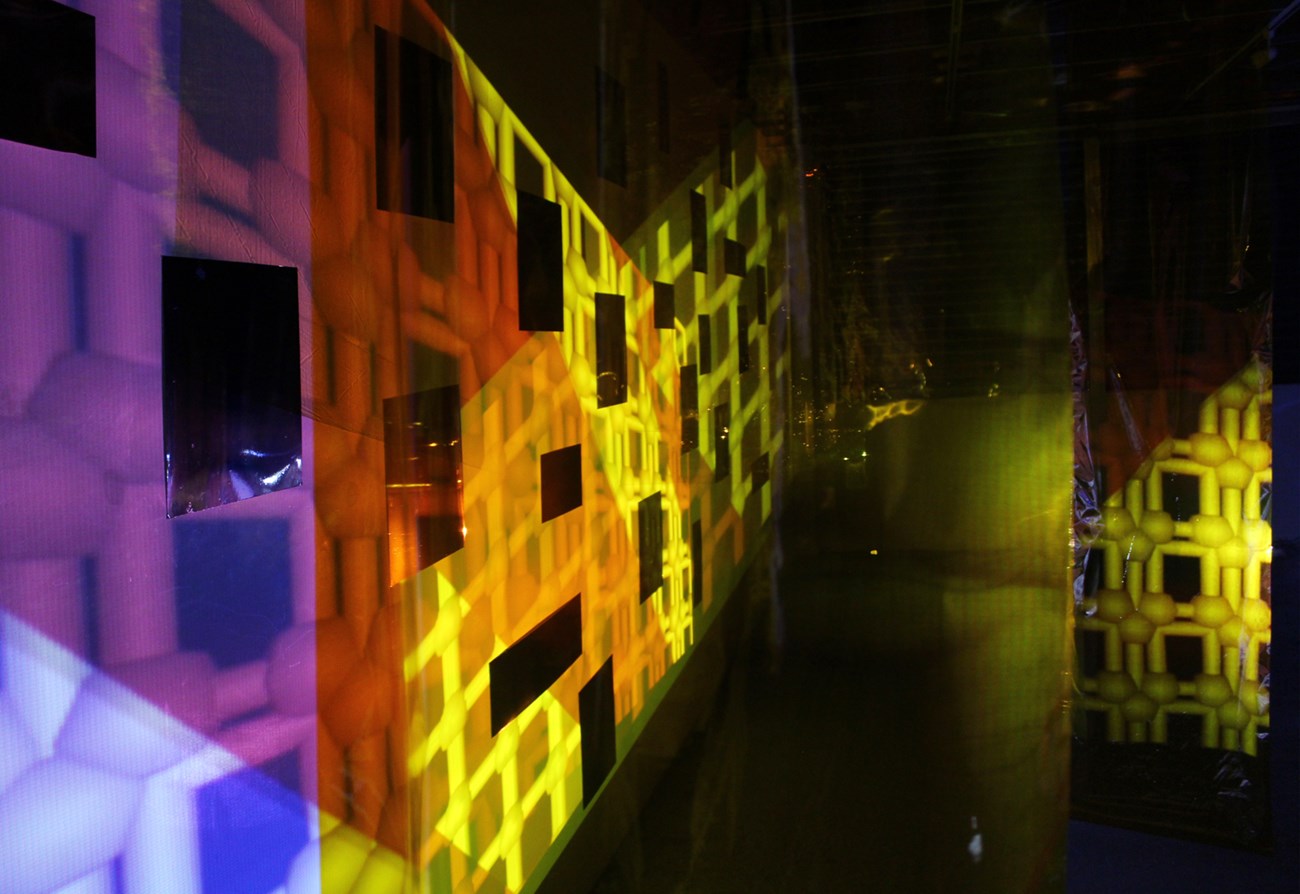