Six months after Ellen Bell wrote about her first forays into performance practice, the artist talks about the challenges she has faced during that time.

It’s six months since I first wrote of my forays into performance and the outcomes have surprised me: firstly for my decreasing invisibility and secondly for the way my performances have distilled into an expression of my stuck-ness.

Writer’s block is a recognised, much articulated phenomenon. But what of artist’s block? A Long Island artist caused a furore in 2016 when she professed to a local newspaper that she was blocked. “Pick up a brush, look out the fucking window, and start painting…what’s the big deal!?” retorted Steven Sandler, the president of the Author’s Guild, claiming that ‘being blocked was exclusively a writer’s thing’ and inciting groups of writers to rally and protest outside galleries. (https://artplusmarketing.com/area-artist-tries-to-make-painters-block-a-thing-writers-not-buying-it-343a576b2ddc.)

My sewing has become both a manifestation of my stagnation and its relief. It provides something for my hands to do, a track to follow, a reason to go to my studio. While out in public it gives me a guise, a role to play. 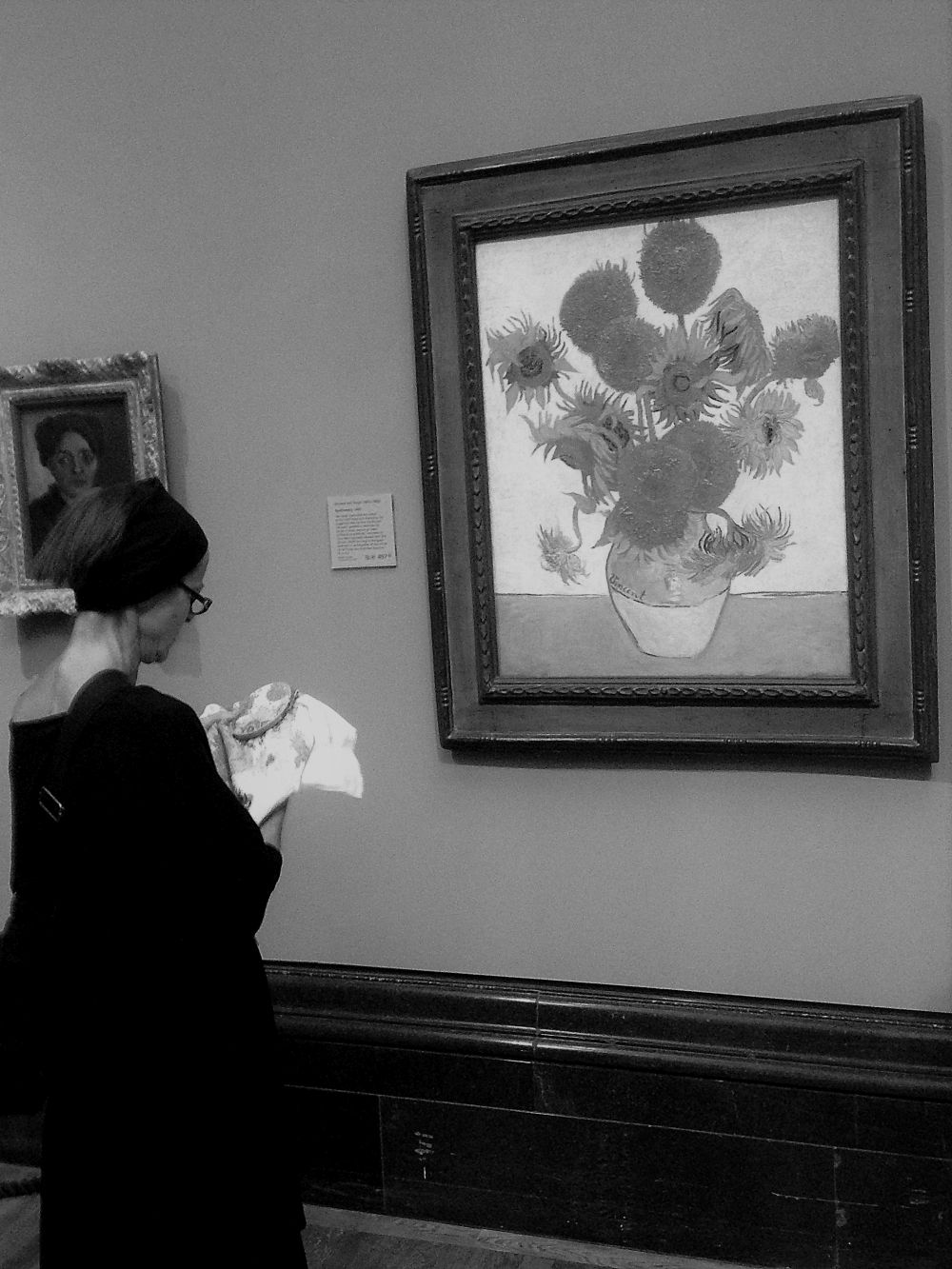 I returned to the National Gallery with my cross-stitch kit of van Gogh’s Sunflowers, now near completion, and a huge, transfer-printed tapestry of the same painting. Originally intended as a wry, and with hind-sight, rather self-conscious, subversion of vigorous, spontaneous art, the performing of the tapestry (an equivalent of the paint-by-number canvases of my childhood) in front of the original became the ultimate display of my creative emptiness. And yet I was caught up in it, taken up by an urgency, a rush to get something down. And standing before the painting, working my cross-stitch, people smiled, took photographs, any notion of subversion lost on them. How wonderful that you can come in here each day and do your sewing in front of the painting, said one Japanese woman. May I take your picture? I’d become part of the theatre.

Earlier this year a group of second-year Fine Art students had asked me to collaborate with them. Together we came up with Still 4’33, a gently-interruptive project involving standing silent ( a nod to John Cage) and still, for the required time, in the middle of Oxford Street. Interested to see if performing without the prop of sewing might still render a high, I did my own version in Waterloo Station. It did. As did the making of a hundred origami scotty-dogs in Patisserie Valerie in Knightsbridge. Are the doggies a project? asked the foreign waitress, seemingly unable to drag herself away. 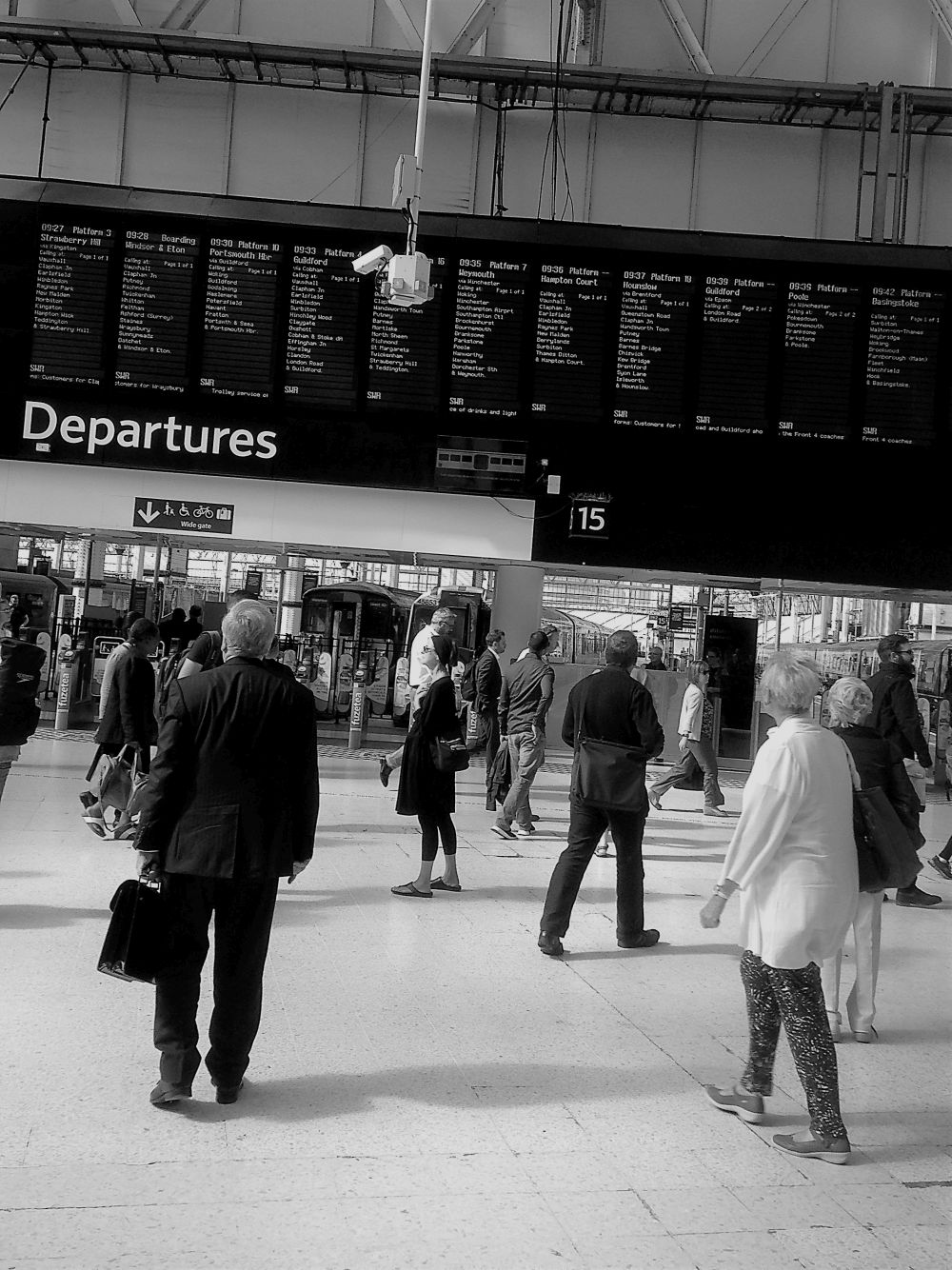 But what will our clients do? enquired the manager of the day centre. Nothing, I’d replied, I just want to sit among them and sew. The volunteer coordinator at the Dementia Home was more enthusiastic. Great, she said, you can be our artist-in-residence. I made nine visits before the ethics of recording my residency photographically became untenable. I wrote of my time there exhaustively. Rendered benign by my sewing, I was witness, momentary-confidante, and, I think, a steady, albeit brief, presence amid their internal and external chaos.

I used to do that, several women said, smiling. 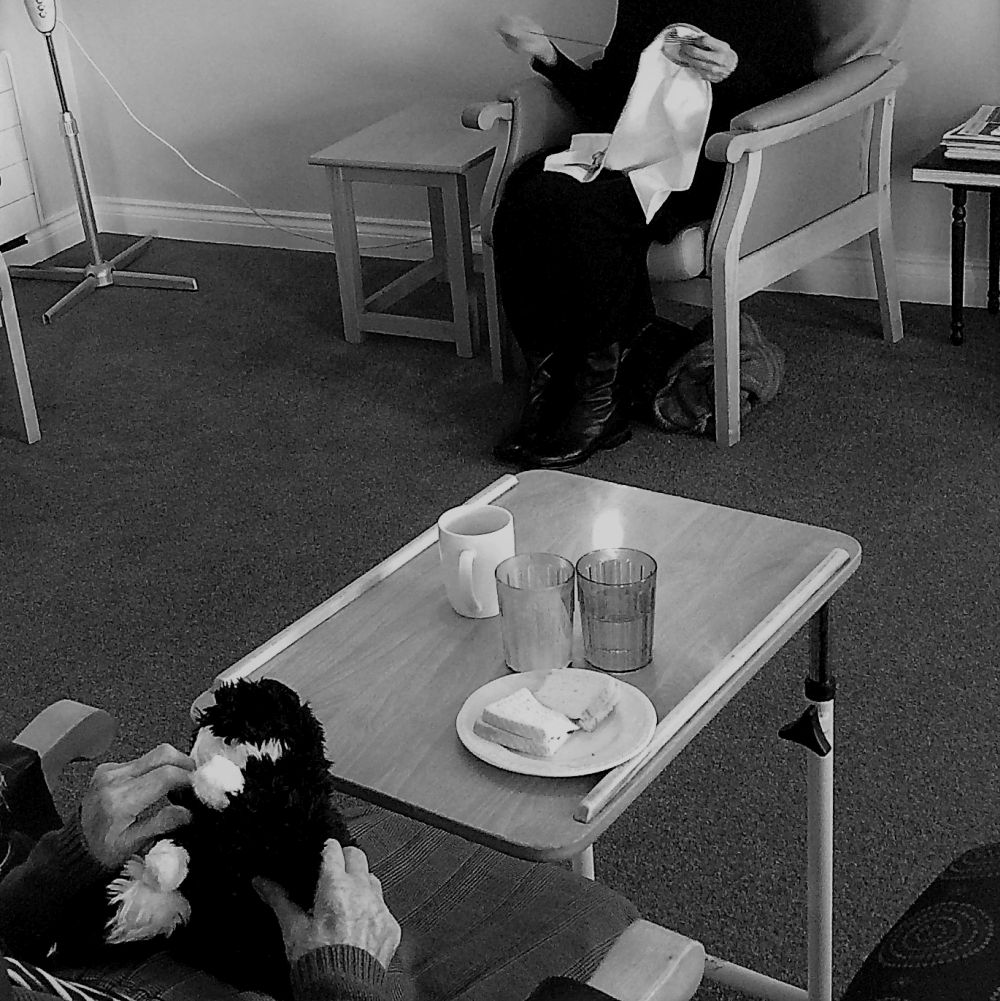 Look up ‘Reminiscence Bump’, advised Professor Nigel Holt of Aberystwyth University’s Psychology department when I emailed him, suggesting that I may have triggered ‘solid’ memories in them.

Succumbing reluctantly to this often scatter-gun approach to practice, two paths of investigation begin to open up before me - the therapeutic effects of ‘watching’ the performance of something familiar and how artists articulate, and ‘tread water’ through, artistic stagnation. 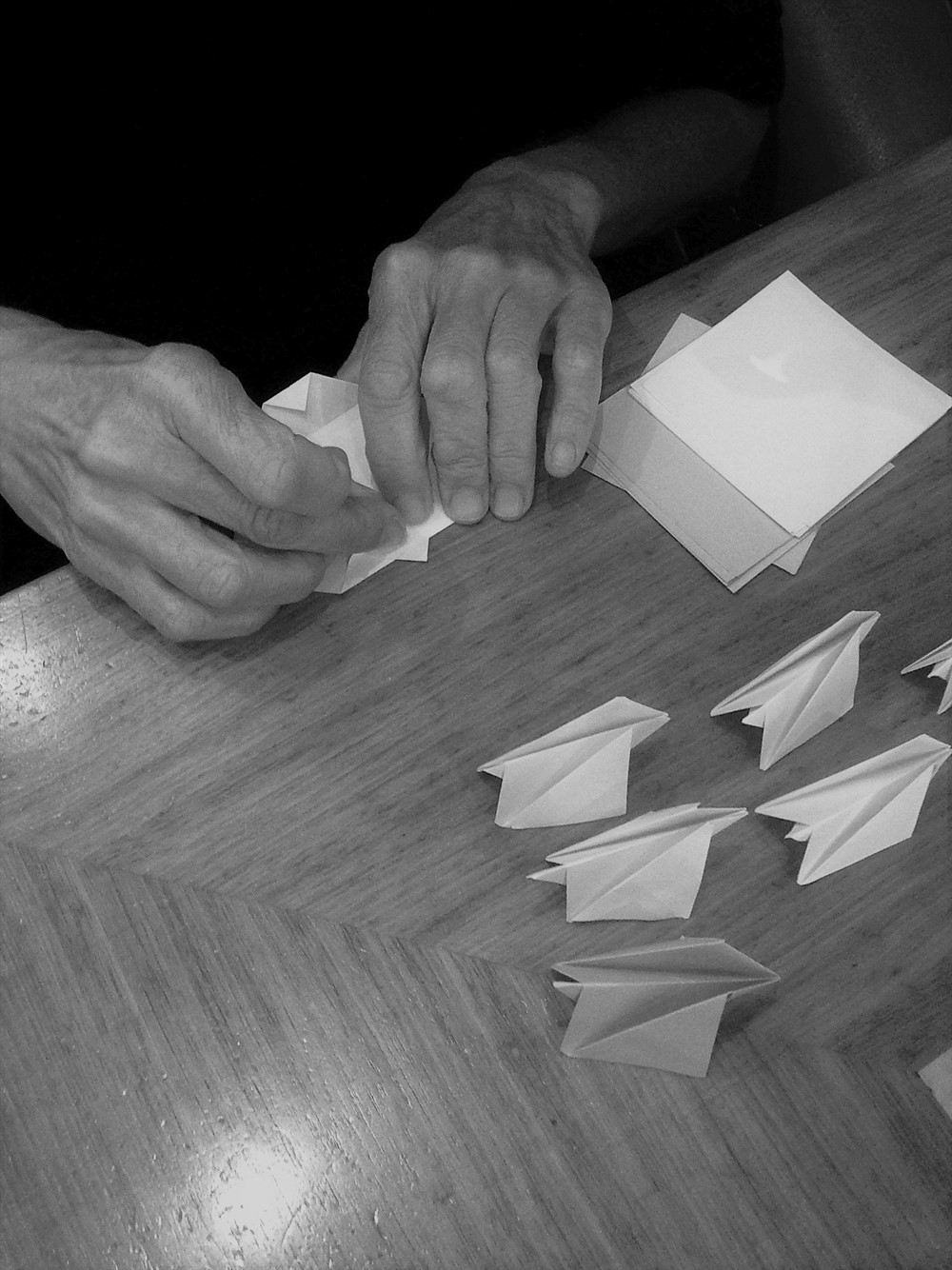 Ellen Bell is an artist based in Wales. Her drawings, installations and sculptures are informed by ideas surrounding intimate communication through the written and spoken word.