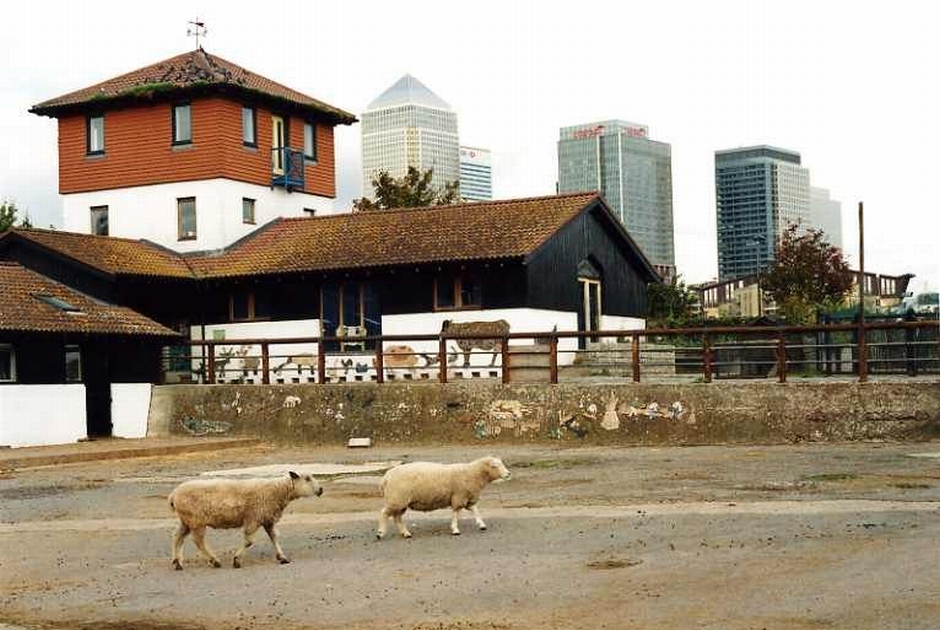 There's a resident on an estate called Thornbaugh House in Bethnal Green, East London, who one Christmas decided to adorn the tree in their front yard with empty beer cans. This festive tribute subsequently became a year-round salutation to those passing through to the high street, raising the odd smile, pointing fingers, etc. I guess one could think of this anomaly as a commentary on consumption, waste and recycling, but what I wasn't prepared for a few weeks ago, were for those cans to be replaced by fully grown green apples - looking like granny smiths to be more exact. Had the beer cans been a clever foil all along to protect this crop? Who knows… what interests me more is the endeavor; the patience and the will to nurture an apple tree in the city - an urban idyll.

In contrast to the 'approximations' explored in the portraiture series 'Never Knew It Felt Like This' (2002) - where Nimarkoh re-staged and inhabited key works by Chris Burden, Agnes Martin, Valie Export and Gerhard Richter - on this occasion Nimarkoh's bodily relationship to the selected sites is denoted just by her gaze, which assists the spectator's perspective, awareness and possible questioning of the apprehended sites. This dispersal of engagement infers a mutable community that shares some form of investment in the terrain and is witness to the gains and possible losses of such spaces, in light of growing anxieties about the environment on global, national and local levels. Urban Utopias extends and relays a subtle commentary on how the genre of landscape can, and has been used to question the zeitgeist, particularly in this context in relation to political agency, social responsibility and community.

Virginia Nimarkoh is an artist based in London. Her practice incorporates photography, curating, writing and publishing. In her ongoing project Urban Utopias, she photographs urban municipal green spaces such as parks, community gardens, city farms, etc, in South-East London. The work looks at how such spaces contest our understanding of the city.

Nimarkoh was awarded a PhD in Fine Art Theory & Practice from Goldsmiths in 2006. She is currently completing an AHRC funded project, Edge of a Dream: Utopia Landscape & Contemporary Photography via Camberwell College of Arts. Her work has been shown at ICA (London), Threadwaxing Space (New York) and the Renaissance Society (Chicago).