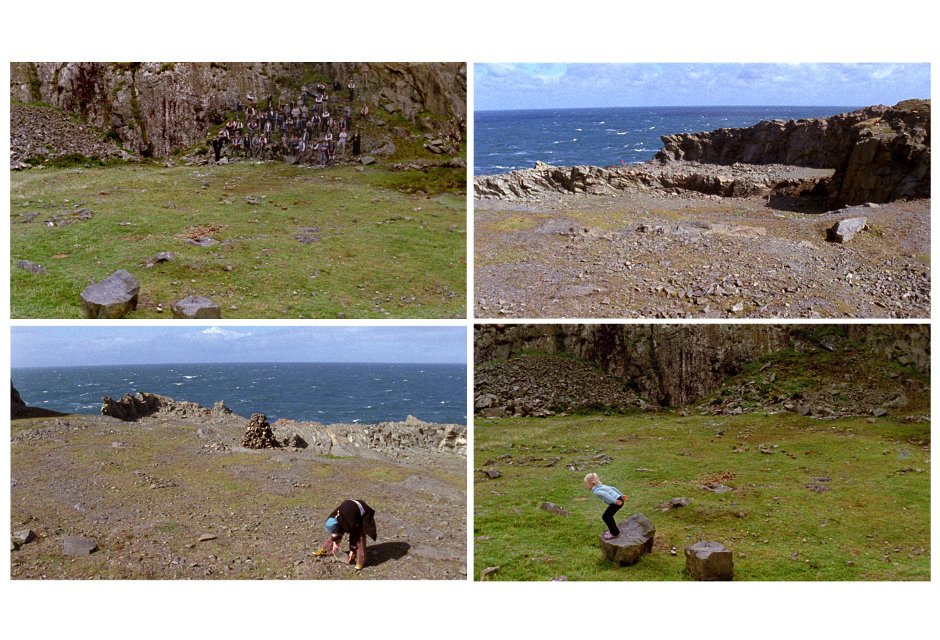 West Wales has a very physical landscape, where one can often experience a profound sense of melancholia. Communities living here can be fractious and suspicious of the newcomer and of change, preferring instead the security of certainty. Certainty is a challenging condition for any artist to navigate, yet artist Ruth Jones is aware that the need for certainty comes from an understandable human response to living on this unpredictable rain-soaked edge of the Irish Sea.

Ruth Jones has been living and working in West Wales since 2003. Her practice as an artist, writer and curator is concerned with building connections for communities through creative rituals and rites of passage, a process she believes can create new identities and social relationships.

'Chwarel' (2010) is an example of how Jones addresses this notion in a physical space. This video installation work, produced in collaboration with Cardiff-based artist Andrea Williams, was filmed in the disused quarries at Porthgain in Pembrokeshire. Placing an ad in local papers, Jones invited volunteers to dress up in the style of a group of quarry workers found in a photograph taken in 1908. The film begins with a rotating 360-degree panorama shot of the quarry area. However, with every additional rotation, layers of other moments in time emerge and recede. In one rotation the volunteers appear, standing against the looming rocks; on another they have vanished. 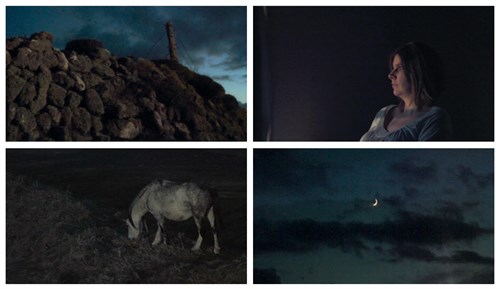 'Vigil' (2009) also investigates liminality in the landscape, this sense of shifting time and space. This work is presented as an installation with 5:1 surround sound, creating a completely immersive environment for the viewer. It depicts a number of different physical spaces: a lighthouse and the surrounding landscape irradiated by its rotating beam of light, a farmhouse interior which contains a heavily pregnant woman sitting alone in an empty room, the beam of light rhythmically illuminating her features. The final world presented in this film is the bottom of the seabed, where seals dart through drifting hedgerows of seaweed. Like 'Chwarel', the multiple narratives and perspectives in this film are anchored by a rotating axis – in this case the light of Strumble Head Lighthouse in North Pembrokeshire. This rhythmic light seems to permeate both the land and the psyche of its inhabitants, accompanied by the pulsating sound of a baby’s heart. 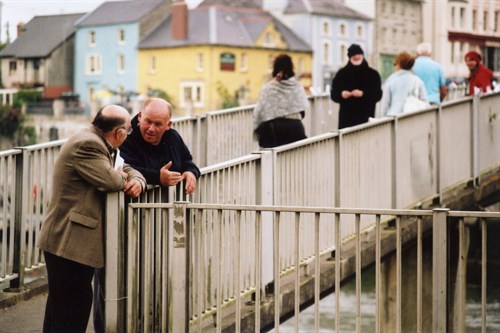 'Holy Hiatus' (2008-present day) began as a curatorial project and has now developed into a formal organisation involving a programme of workshops and talks by artists with a participatory practice. The first Holy Hiatus event Jones curated took place in Cardigan, Pembrokeshire, in 2008 and included the work of five performance and lens-based artists, all of whom made work that addressed ritual, community and place. In 2010 this project was collated into a publication, with contextual essays by Jones, entitled Holy Hiatus: ritual and community in public art. This bilingual book, published by Parthian, was launched in conjunction with two symposia hosting international speakers from a broad range of disciplines, including Cultural Geography, Archaeology, Theology and History.

In analysing the incredibly positive and overwhelming number of responses to the 2008 and 2010 events, Jones discovered that people in the communities in this part of Wales found solace and comfort when they were supported to create new rituals around liminal or threshold experiences in their lives. 'Holy Hiatus' offered scope to address that need. 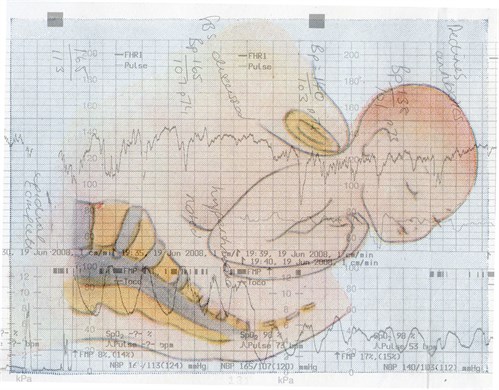 'The Quick and the Dead' (2014), therefore, the most recent project developed for 'Holy Hiatus', will explore birth and death rites. Jones is currently focusing in particular on forgotten or overlooked stories of death and birth rituals in Wales, through direct and experiential engagement with communities. As well as curating the programme of events for this project, which will include film screenings and workshops, Jones also will create an artistic contribution titled 'Partus' (birth) in collaboration with acoustic singer Lou Laurens. This project will re-enact and reclaim the experience of a medical-technological labour using the human voice. Taking a CTG scan as a starting point, Lou Laurens will translate bodily rhythms of contraction, blood pressure and a baby’s heart rate from a 10ft long paper trace into an acapella song with multiple voices. This visceral project, like Jones’s other work, consistently attempts to develop an awareness of the fecundity of the margin, of the latent possibilities of attending more closely to what Virginia Woolf once called 'Earth Life' , in all its mildewed, abandoned and dynamic splendour. This is because Jones believes rituals to be conduits for the most transformative kinds of embodiments.

My work explores liminality and threshold states. The liminal realm is a transitional one, a passageway between two distinct states eg. awake / asleep, conscious / unconscious. Anthropologist Victor Turner has described it as ‘a place that is not a place and a time that is not a time’. The uncertainty of these in-between states has led them to be regarded with suspicion and anxiety, but also with the potential for transformation and social change.

Through installations, public art and films, I use ritual patterns to create the possibility of an experience of liminality for the viewer or participant, revealing the enormous potential for ‘becoming’ that this space offers.

Projects such as “I:Crow” and “Vigil” focused on relationships between humans, animals and the land, particularly in West Wales, where I live and drew on magical and mythological readings of the land as well as conceptualisations of rural places in anthropology and cultural geography. I often engage people not necessarily from an art background as collaborators or participants such as “sleepers”, for which people were invited to become a “communal dreamer” in Ty Canol wood, and “Chwarel” where over eighty volunteers dressed as quarrymen at Porthgain Quarry.

Recently I have become more focused on rites of passage; “Partus” 2014, with sonic artist Lou Laurens will translate a CTG trace of a medicalised labour into an acoustic score for multiple voices. I also curate Holy Hiatus, an organisation exploring ritual, creativity and community through artists’ projects, film screenings, symposium and workshops.

Ciara Healy is a writer, curator and book artist. She is currently the Head of Critical and Contextual Studies at The School of Creative Arts, Coleg Sir Gar/University of Wales Trinity Saint David.

In 2011 she was one of three writers to be awarded Axisweb’s Developing Critical Writing on Contemporary Visual Arts Programme. Since then she has worked with established critics JJ Charlesworth, Cherry Smyth and Chris Sharratt and has written for Art Review, Circa and This is Tomorrow. She has also written many exhibition catalogue essays.

She is currently studying for a PhD at the Place Research Centre, University of the West of England, Bristol with Dr. Iain Biggs under the research title: The Thin Perception: A proposal for a new curatorial approach in contemporary art.
Her bookworks have been exhibited internationally and they are housed in prestigious national and international collections including TATE Britain Artists’ Book Collection as well as private collections in Ireland, the UK and the USA.

Ruth is curating a film screening event for Holy Hiatus on Friday 21 March 2014 at Theatr Gwaun, Fishguard: "The Lover and the Beloved" (dir Andy Lawrence) and "The Edge of Dreaming" (dir Amy Hardie)

"Partus" will be performed on 20 September 2014 at The Small World Theatre, Cardigan, followed by talks, discussion and a workshop on Sunday 21 September 2014

Looking to remember: A literary exploration of the work of Sarah Barker by Ciara Healy >