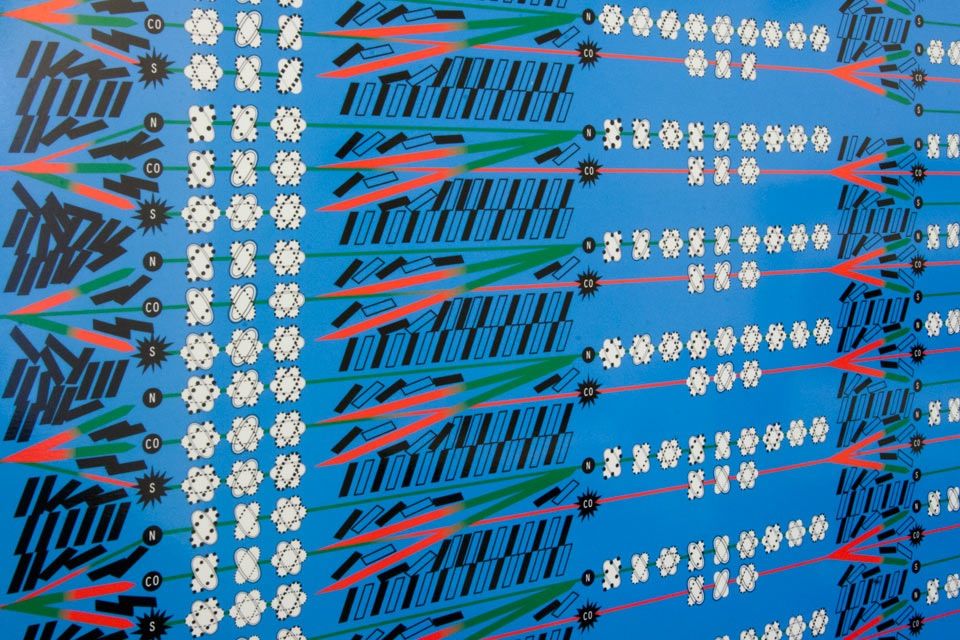 Writer and curator Omar Kholeif is one of the UK’s leading specialists on contemporary art and film from and of the Arab world. Here he profiles London-based artist Lawrence Abu Hamdan who works with sound, installation and performance.

The London-based artist Lawrence Abu Hamdan is interested in listening – listening as a culture, as a mediator of an experience that holds multiple readings of the truth.

This preoccupation underpins a practice that sees the artist producing multi-layered audio documentaries, which are often developed through a process of extensive field research. In one of Abu Hamdan’s most extensive projects, 'Aural Contract' (2010-ongoing), for example, the artist explores the limits of the voice and its relationship to contemporary legal structures.

In addition to a series of audio documentaries, the project has involved the creation of an archive of juridical listening, including legal trials from Saddam Hussein to Judas Priest. This collection has been presented in different installation contexts, most recently in a solo exhibition at CASCO in Utrecht, where the artist mapped out the various legal trials in a manner that resembled an album track list.

Here, the gallery visitor’s own voice is also fore-fronted and enabled through the technology that the artist has chosen to use. One could argue that the installation at CASCO resembled a sort of speaker’s corner, where the visitor could choose from the legal track list on the wall before them and then request (with their own voice) the legal trial to be played. As the listener weaves through the archive, they are subject to a complex arrangement that explores the limits of listening as a political act – one that is simultaneously individual and collective.

Abu Hamdan’s interest in technology - the technology that informs listening processes - is also essential to an understanding of his practice. Indeed, he has built a large body of work investigating how the technology adopted by different border agencies has been used to verify claims made by asylum seekers about their identity and national origin. Through installation and performance, Abu Hamdan reveals how vulnerable such media can be. 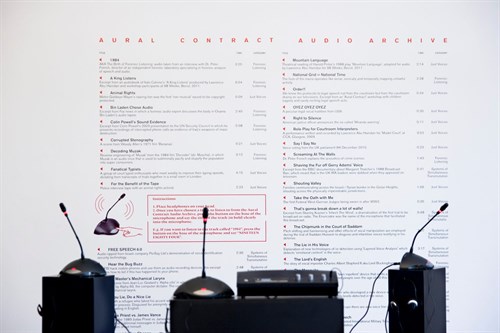 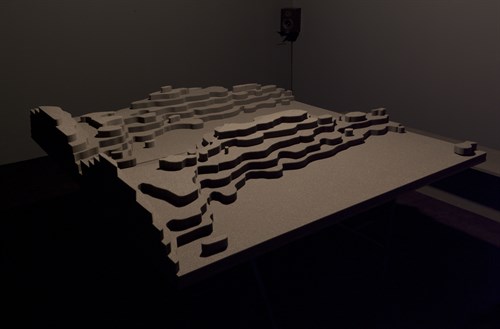 At a talk at the Whitechapel Gallery in May 2013, the artist discussed his project 'The Freedom of Speech Itself '(2012-ongoing) – a project that seeks to consider the authenticity and origin of asylum seekers’ accents. In his talk, Abu Hamdan discussed the case of a Palestinian refugee who had his accent tested by technology commonly used by legal state authorities only to reveal that simple shifts in intonation completely transposed the refugee’s identity. In this case, the subject’s pronunciation of the word ‘tomato’ dictated that he was in fact from Syria as opposed to Palestine.

What does this homogenising technology suggest about the individual, and indeed about a world where mass cultural appropriation (through these very technological forms) has literally altered our spoken (and cultural) vernacular?

Abu Hamdan’s interest in language isn’t purely sonic, however, but is also sculptural. In a solo exhibition at The Showroom Gallery in 2012 the artist sought to consider how one visualises the contours of the voice and how it is heard. Here, the artist presented voice prints (voice-fingerprints) illustrating different frequencies of two different voices saying the word ‘you’. These voice prints were presented as sound-absorbent foam sculptures, which resembled two distinct geographic planes.

This visualisation, the artist argues, enables him to draw lines between territory and voice, encouraging the listener to consider the voice as a dynamic object that has the potential to shift and develop throughout time.

He has written for various publications such as Cabinet Magazine and the 10th Sharjah Biennial, and is part of the group running the arts space Batroun Projects in north Lebanon.

Recent solo shows include The Freedom Of Speech Itself (2012) at Showroom, London; The Whole Truth (2012) at Casco, Utrecht and Tape Echo 2013 at Beirut in Cairo. His works have been part of exhibitions at Tate Modern, M HKA Antwerp, and Lisa Cooley, New York.

Abu Hamdan’s ongoing project 'Aural Contract' has been recently presented at Arnolfini, Bristol (2013), The Taipei Biennial 2012 and as part of his residency at Iaspis, Stockholm ( 2013). Abu Hamdan is one of the four artists comprising the group Model Court whose first major solo presentation was Resolution 978HD at Gasworks, London (2013).

Omar Kholeif (Egypt/UK) is a curator, writer and editor. From 2009-2013, Kholeif was Curator at FACT (Foundation for Art and Creative Technology), Liverpool, the UK’s centre for the support, commission and exhibition of artist film, video and new media, where he oversaw a program of exhibitions, residencies, publications and public programmes. Kholeif is now a Visiting Curator at Cornerhouse, Manchester’s international art and film organisation, as well as HOME – the UK’s new cross art form centre, opening in 2015.

Kholeif is Senior Editor for Ibraaz publishing, the leading critical forum for visual culture in North Africa and the Middle East. He was also a co-founding editor of Portal 9: Stories and Critical Writing About the City — a Beirut based semi-annual focusing on urbanism and architecture.

Kholeif currently directs and curates the programme for SPACE at The White Building, London’s centre for art and technology. Omar is a Churchill Fellow, a Fellow of the Royal Society of Arts and a juror for the 2013 Film London Jarman Award. His most recent books include, Vision, Memory and Media (Liverpool University Press 2010), Far and Wide: Nam June Paik (Leonardo 2013) and You Are Here: Looking at Art after the Internet (Cornerhouse Books, 2014).