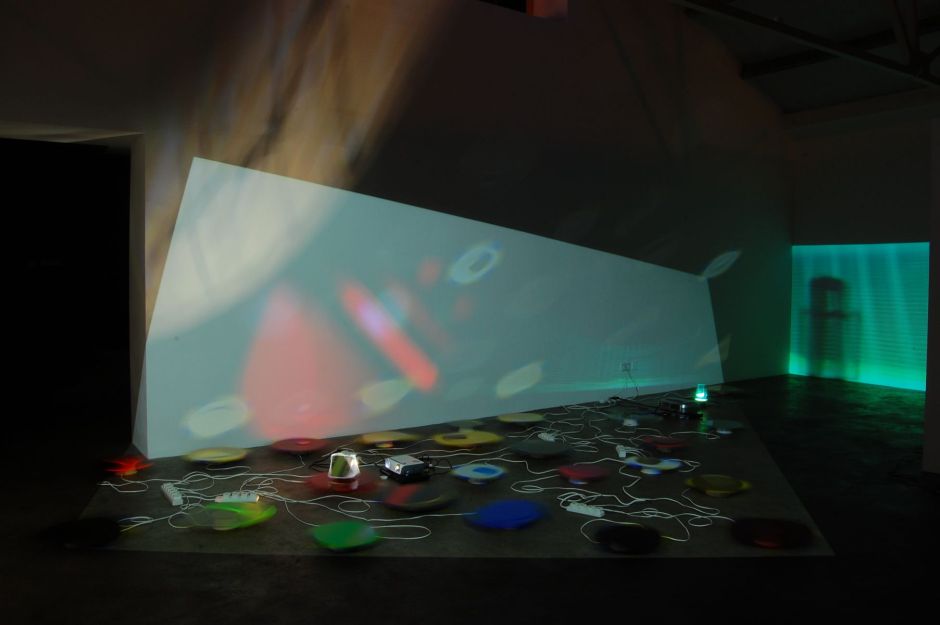 Laura Buckley works expansively with light, sound and sculpture. She cannot be summed up with a simple media-based affix and at its most affective her work generates aesthetic, atmospheric conditions that encompass the viewer.

Her installations such as 'Fata Morgana' (2012), 'Shields' (2012), 'The Mean Reds' (2011) and 'Chroma/Levante' (2011) are made up of shimmering sculptural surfaces, rotating semi-transparent Perspex structures, with layers of moving image projection, used as much as 3D light objects, as for delivering visual content into the construction. The shadow play of the assemblage, the changing conditions of the environment, when activated by human presence, implicates and engages an audience. This is enhanced by the technological devices left trailing through the room and the reverberating of the digitally-engineered sound, often alongside live analogue, DIY interventions such as a piano, a violin or a child's tinkling toy.

Resonant and resounding, the artist’s constructions layer experiences through a series of triggers. Highly personal film material, often including her own children, creates a sense of intimacy and the material operates as a sort of memory surrogate. Fragments shot on a beach, a flag waving, the sea, bleached- out shadows of figures running – these stand in for our own memories of childhood, drawing us into the work.

Throughout her career, the artist has made single-screen videos. Often forming part of three-dimensional sculptural installations where they are projected onto a variety of surfaces and objects, these moving image works can be also viewed as autonomous objects. 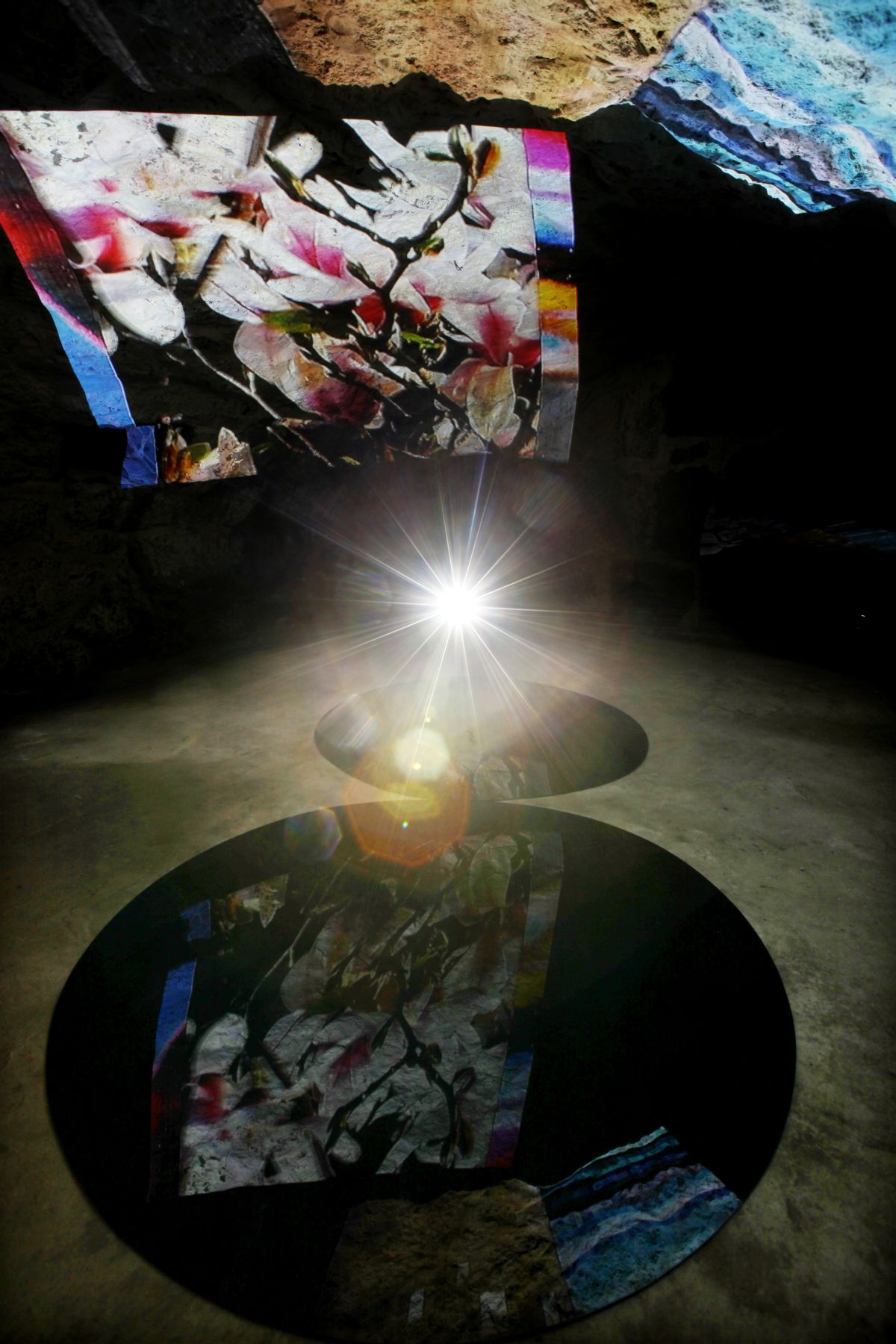 'Shields 1' (2012) opens with what appears to be analogue image pixilation from early colour television, but as your eyes become accustomed to what you are looking at, the screen is revealed to be a multi-layered digital surface. The construction of visual material into an overall composition is left exposed: the zooming in and zooming out, the image planes moving across the surface of the screen and the editing button are part of the final work. The image-making is made visible.

Gradually, the viewer becomes aware that this highly abstracted visual material is raw video footage. An occasional shadow of a figure slides across a reflected surface. An electronic soundtrack, made up of reverberated drone sounds, with a percussion rhythm, builds up towards the end of the piece, as the work becomes an increasingly abstract construction.

In other works, such as 'Our Darker Dimension', fragments of linear film footage become gradually abstracted and dissolve. In contrary motion to 'Shields 1', the artist moves us through sound and light from the known realm, to an experiential, psychedelic world of heightened senses and emotions. The voices of friends and family members, the filmic fragments, enhance the dream-like state. Oscillating between naturalistic and technological production of the images enhances their trippy atmosphere. They touch the real and remind us that this reality is heavily produced. 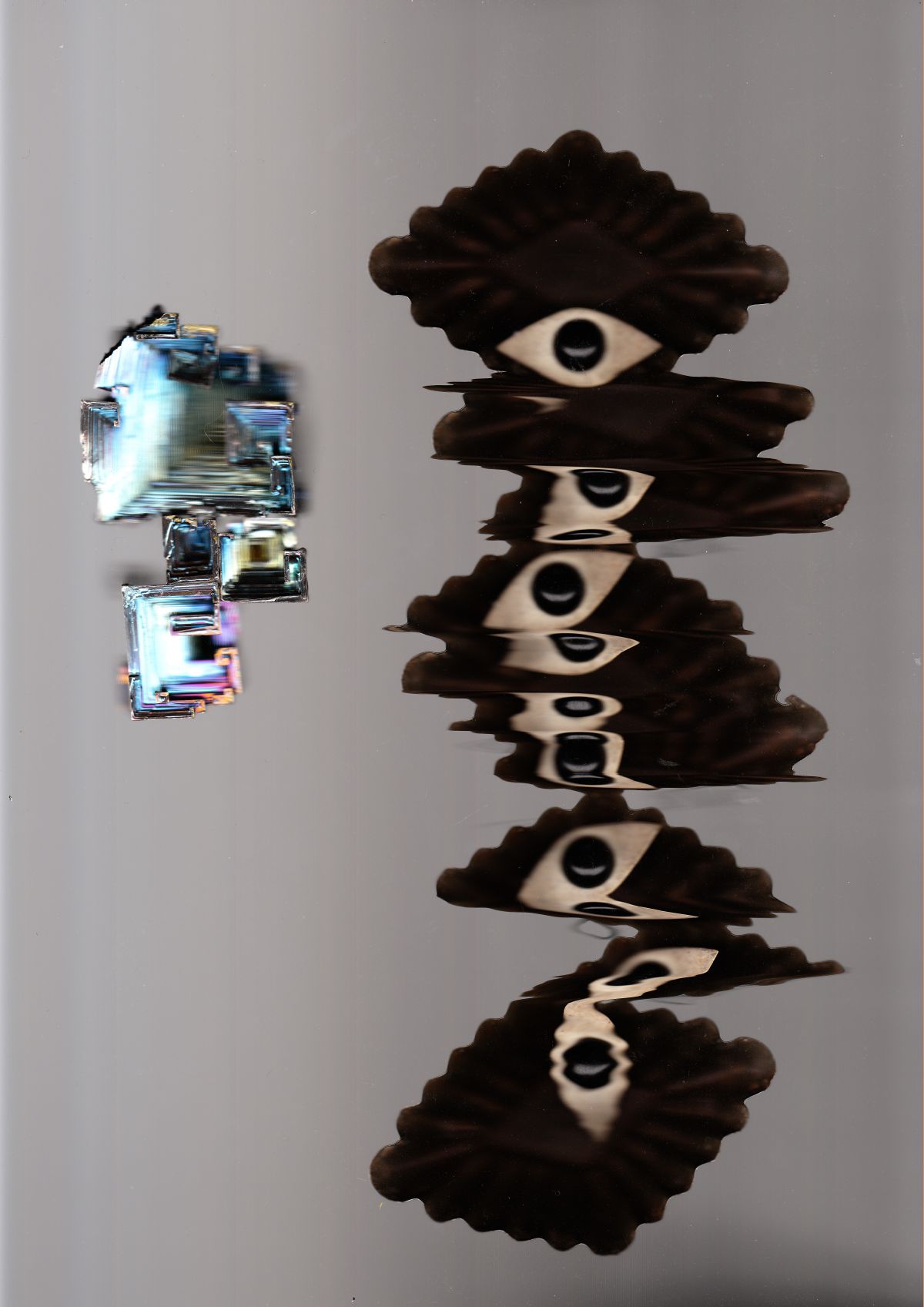 The tactile quality of her work exists alongside highly constructed, abstract and formal methods connecting her to a lineage of experimental film-making, sound art and sculptural art histories. With a heritage stemming from the semi-abstract experiments in the late 1970s by artists such as Rose Lowder, who cut up and drew onto film stock, her work is part of a contemporary post-rave aesthetic characterised by artists working with vivid saturated colour, technology- produced sound, new editing software techniques, alongside digital production and distribution.

The work itself feels like it is processing and synthesising the unquantifiable plethora of visual and aural triggers, memories and moments that cumulatively create the cultural fabric, determining who we are as individuals and as a connected, mediated community. Perhaps this is one of the reasons that I find myself so drawn to this work. It turns the experience of sifting through an unfathomable world of inexhaustible content and memory into a valid, pleasurable, understandable experience in its own right. There is a zen-like pleasure in experiencing Laura’s work - we are all floating, dreaming, we have to enjoy the ride.

Artistic Director at Site Gallery in Sheffield, Laura Sillars has worked in contemporary visual arts for over a decade at Tate, FACT, the Liverpool Biennial and the Abandon Normal Devices festival and Artangel.

She has worked on exhibitions with leading international artists from Pipilotti Rist, Mike Kelley and Nam June Paik to emerging artists who are pioneers in their fields such as Eva and Franco Mattes, Pilvi Takala and Anna Barham.

After nine years of working in Liverpool, playing a creative role in the city’s transformation driven by being European Capital of Culture 2008, she developed a fascination with cities and change. She is the founding chair of Sheffield’s Cultural Consortium and a member of the curatorial team of Art Sheffield.

In 2010, she completed a Clore Leadership fellowship and produced Artangel’s first USA commission with artist Mike Kelley in Detroit. Throughout her career she has taught art history and worked in partnership with many academic institutions. Laura has a BA in art history and history from the University of York, an MA from the Courtauld Institute of Art and a PGCE in adult and community education from the Institute of Education, London.