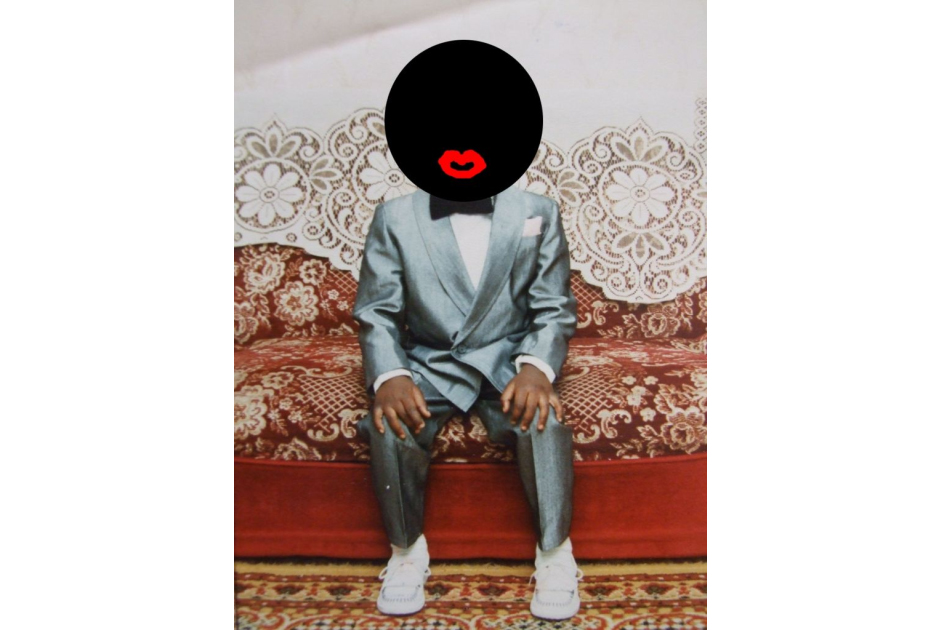 Adelaide Bannerman: Your work appears to mine the memories of your formative years, their forms of understanding and explicates your experience of the familial, cultural and educational frameworks underpinning your existence to date.

Given this summary, does this best characterise your work, or would you describe your show at the 198 as a point of closure on those thoughts? I got the sense that the show may have been cathartic?

Larry Achiampong: I would say that the essence of the show was cathartic to the point that I was drawing on my own past to bridge an understanding of the current situation with regards to the youths ('them') and the adults ('us'), in an environment that continues to apply pressure on our children via differing avenues. This is something that I find the media capitalises on greatly, by selling rumours/ideas that in turn fuels the myth, fear and stereotype(s).

In light of this however I wouldn't say that the show at 198 is a point of closure on these issues. In fact I probably feel more strongly about these ideas, and they are partly playing an integral role to my practice as we speak. I am trying to visit the viewer(s) on many facets and the show at the 198 demonstrates one of them.

AB: What kinds of responses and discussions with young people have you had about your work, and how do those exchanges inform you as an arts practitioner as to where your work is best placed?

LA: I love the conversations that I have with the younger audience. Untapped minds usually have a way of bringing up things that one may never think of.

The first being that they are able to relate to what I am saying through what I make, while also appreciating the craftsmanship that goes into the work, for example the resurfaced skateboards 'Brothers of the same cause' became an instantly recognised, 'cool' thing, something that they say is hard to find in contemporary art.

Even the issues that are closely related to exclusion, race and racism are things that the youths tend to interpret without my needing to mention the driving force behind particular works; conversations have even taken place regarding this matter with nine year olds. I find that given the chance, the younger audience usually has something to say that is valid and intelligent whilst importantly honest. This gives me great inspiration to do what I do.

AB: So lets go through some of the works... there were two text pieces written directly onto the walls, perhaps you could elaborate on 'where' they were coming from? The overtones were partly 'streams of consciousness', at times lucid and then wandering off the page, so to speak. Naturally as a viewer you try to make sense or identify clear connections or rhythms in what's being brought to your attention, but I kind of got the impression that these were unpremeditated texts?

LA: The 'Wall story series' as I call them sometimes originate from poetries or word plays that I have applied via my notepad. For the past four years I have replaced diagrams or rough sketches with words and for a while I was afraid to express these words and feelings within the gallery space, as I had this naive feeling that one's art had to pass some sort of 'initiation' to become usable. One day (over a year ago) my mother told me what I saw/see as a very serious story. I felt this story needed to be ejected from my body (I tend to harbour other people's energy); this process of appropriation allows me to cleanse my head for a partial moment, before newer thoughts make their way back.

In response to this I created a 'freestyle' web of thoughts, rhymesters and non-rhythms throughout the space to which the viewer would only need to read a sentence or paragraph to perhaps comprehend.

AB: Yeah, aurality felt to be a binding component, in the sense that there was a voice articulating itself through the objects. The only actual sound piece you had was the performance lecture on video? Now I did attempt to listen to it on the headphones and the sound was distorted - was this deliberate? It felt to be an exploration of Marshall Mcluhan's 'the medium is the massage'...

LA: Actually if you include the sound element within the installation 'What, what, WHAT!/You know what you are', that makes it two pieces of sound used.

Sound or the segments thereof were important in piecing together the video work 'LAWRENCE'. I would definitely agree that there is a form of distortion taking place within the artwork. I intentionally removed all of the sounds in the lecture I gave and replaced them with a sample from a hip-hop track by Ghostface Killah of the Wu Tang Clan called 'MALCOLM'. The music track is named after the political activist Malcolm X, a person who has been important to me in growing up and still is by the principles he taught. I found that the points he articulated throughout the sample share a relationship with contemporary issues involving the media and the fear that is being ejected to the masses/adults with regards to children and the myths that are spawned ie. teenagers branded as 'hoody-yobs'.

My voice is not necessary throughout the work not only because Malcolm knew how to put together a damn good speech (laughter) but in light of McLuhan's quote I am trying to pinpoint that we can talk forever but it is action that's definitive.

AB: The context of warfare was prevalent too...

LA: Yes it certainly was. The framework of youth and culture, peer pressure, 'influences', the exclusion and mistreatment of the younger generation and so on, project towards a warfare that is prevalent on London's streets and wider Britain. Speaking as a person who was raised in London, I have noticed the rapid escalation of gang culture, the killings of young (and older) people, but most importantly how this particular situation is hardly being dealt with. On average we hear of one youth death per fortnight in London caused by gun/knife violence, yet it takes direct effect for one to speak - only the families unswervingly affected are saying something. On the other hand the media springs its wand of magic 'fear' in the air and we allow ourselves to become susceptible... I would like to hope that the work was trying to speak out/counteract this.

AB: And the other two pieces with the chair pierced with the pencil, and the drawer piece with the soldier figurines. You quite clearly establish that school is an institution where the battle begins?

LA: To be realistic, yes. Apart from our parents, this is where we 'learn' about things, the 'truth' from lies, 'right' from 'wrong' and (His)story. Whether this is done to a satisfactory level is very doubtful, but also because of the poor food-for-knowledge we receive by the time we reach secondary school, we (the children) begin to rebel. We question what we have been told and start to react to that. This is a topic that the chair/table work I call 'Arrested development' observes. To explain the situation simply, the school environment has been turned on its arse using objects within the classroom – a battle is taking place. On the other hand 'Draw-er' takes a story that is both personal and interpersonal about a primary school boy who struggles with the racism around him and wishes he was not black but instead white.

If you just put those two instances together, you already have a barrage waiting to explode.

AB: It's difficult not to analogise the issues you're discussing with the war in Iraq; 'battle for hearts and minds', 'weapons of mass destruction' etc. I think it's difficult to make work without that information seeping into your consciousness. Do you think that UNnecessary Homework relayed some of that information in micro on a personalised and local level?

LA: Yes I do. I originally had ideas for using other works that would have produced a different take, to seem as if it was more about the Iraq situation than that of the British education system and the youths. When there is an oppression occurring, a suppression of the voice parallels with other accents that comprehend and begin to gather, in this case it is very difficult to avoid issues relating to a very 'UNnecessary war' (no pun intended) – it wouldn't be nonsense to think that UNnecessary Homework did that and I am happy for the work to share that aura and perhaps 'hint' at this.

On the other hand we do have many artists articulating their views about the 'UNnecessary war' but not much is being said about the war we have on our doorstep. The moment we tread in is crunch time for a future that we can either take control of or quite simply rely on the media and government (that is not helping) to determine.