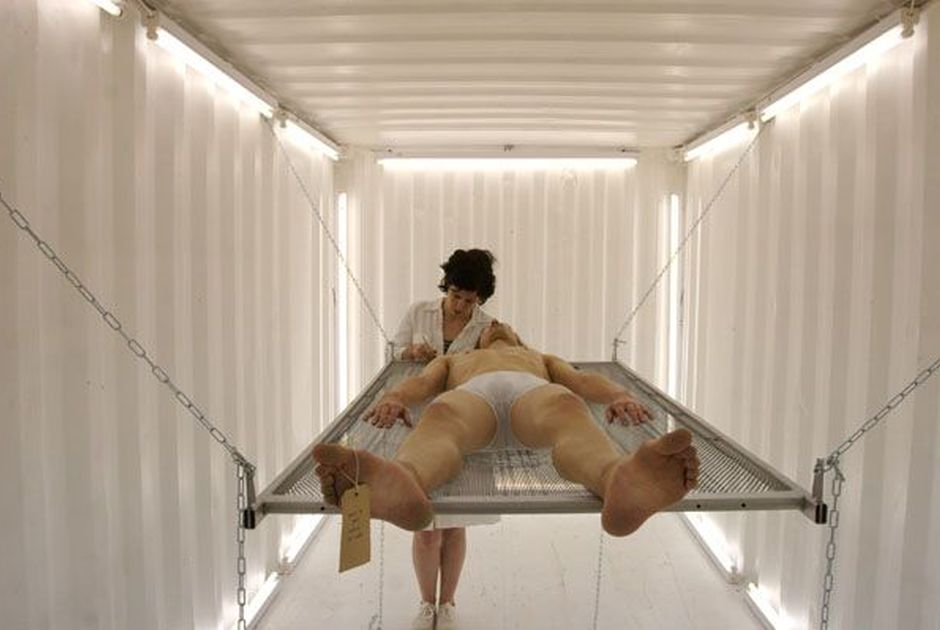 Adelaide Bannerman profiles the work of Hancock and Kelly Live

Hancock and Kelly Live are reconnoiters of collaborative environments; noting, exploring and experiencing the proximities of emotional and physical territories created in response to each other and in group encounters.

Since 2005, their research, Performing Intersubjectivity has prompted a cycle of performed solo works, 'lone duets', made in response to the individually led inquiries of each partner with the other responding with a solo work at a later stage.

The cycle concludes this year with a solo by Traci Kelly in reply to 'Open Wound ll', staged by Richard Hancock in Sydney, Australia which responded to 'The Mirror Pool', 2006, where Kelly resituated an exploration of the vagina to the mouth, through intimate (sometimes humorous) encounters with mostly female members of the public; imbibing red wine and exchanging the liquid from mouth to mouth to create a textural and sensory evocation of the vagina; creating an exploration of queer space.

'Open Wound II' was also an investigation of interiority and surfaces; the male body revealed visually and aurally to comprehend an equitable viscerality, referencing ideas of traversing borders and containment, pleasure and pain, preconceptions and transcendence.

Hancock & Kelly live is the collaborative project of artists Richard Hancock (b. 1977, UK) and Traci Kelly (b. 1961, UK). Since 2001, they have collaborated on a body of work, spanning performance, live art, text and video; questioning the boundaries of individual and collaborative practice.

Known for their beautiful and brutal explorations of the visceral body, Hancock and Kelly have presented works of critical and popular acclaim to audiences across the UK, Europe, Central America and Australia. The company's works have been featured in publications such as Manuel Vason's Encounters (published by Arnolfini, Bristol), Angel Row Gallery's Excess catalogue; in journals such as Western European Stages (US), Realtime Media (AUS), and Dance Theatre Journal (UK).

In August 2008, Hancock and Kelly will be presenting their performance installation 'Iconographia' as part of Interregnum: In Between States, in Copenhagen, Denmark. In October 2008, they will be collaborating with Australian choreographer, Martin del Amo, on the seminar project, 'The Witness as Dramaturg', as part of the Nottdance festival in London, UK.

In February 2009, Hancock and Kelly will be Artists-in-Residence at the National Review of Live Art, in Glasgow, where they will present for the first time the entire series of their 'Lone Duets' over three days.

Richard Hancock is currently based in San Francisco (USA). Traci Kelly lives and works in Nottingham.