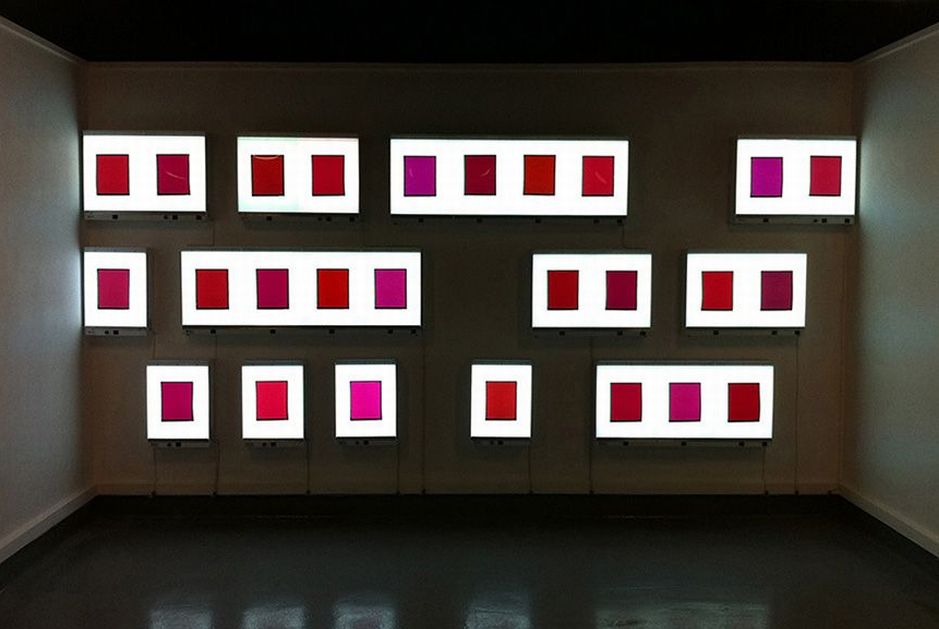 Max Houghton, MA course leader in Photojournalism at the University of Westminster, reviews the photographic work of David Birkin, a recent graduate of the MA Fine Art at the Slade School of Art, London

At its most political, David Birkin’s photographic practice turns on a desire to mine the relationship between looking and seeing. At its most personal, it is a profound articulation of loss. Frequently, he uses the camera to explore the point at which the personal and political meet.

In 2007, Birkin began a series called ‘Confessions’, in which he invited people into a room with a camera, and asked them to recount something never before revealed. The exposure was determined by the length of time the person spoke. No sound was used; the only evidence of the confession was a visual trace. Subsequent work has been characterised by its interrogation of the visible. Indeed, the epigraph to Birkin’s artist’s biography is a quote from Judith Butler:

'The public sphere is constituted in part by what cannot be said and what cannot be shown.'  Judith Butler, Precarious Life; The Powers of Mourning and Violence. London: Verso, 2004.

Birkin’s academic background in anthropology underpinned early-career commissions to document politically significant events in Afghanistan in 2004 and Lebanon in 2006, inspired by the greats of war photography: Don McCullin, Philip Jones Griffiths. Yet it was his own realisation that the nature of war reporting had, like the conflicts themselves, irrevocably changed that prompted a shift to art photography. He began a masters degree in Fine Art at the Slade in 2009 and his final body of work was selected for the Photographers' Gallery graduate showcase, Fresh Faced and Wild Eyed in 2012.

The discourse of photojournalism, however, continues to pervade Birkin’s work, notably in the series ‘Embedded’ (2011). The act of embedding is removed from the physical space of a photographer operating from within a battalion to the virtual space of the image. Birkin embeds the name of a casualty of war into a jpeg file depicting a related historical event. This mismatch of language – human v computer – results in a kind of genetic mutation in which the image’s code is disrupted, causing a degree of fragmentation in the final, compelling image.

With the series ‘Profiles’ (2012), this disturbance to the visual is continued, at the same time reinforcing a commentary on how war is reported, or censored, and thus how it is remembered for history. Working with the organisation Iraq Body Count, Birkin uses individual identification numbers and expresses them as digital colour values, which are then exposed on to 10 x 8 inch photographic transparencies and exhibited on discarded x-ray light boxes from UK and US hospitals. The colour red predominates; Birkin’s work is unified by close attention to colour and form. 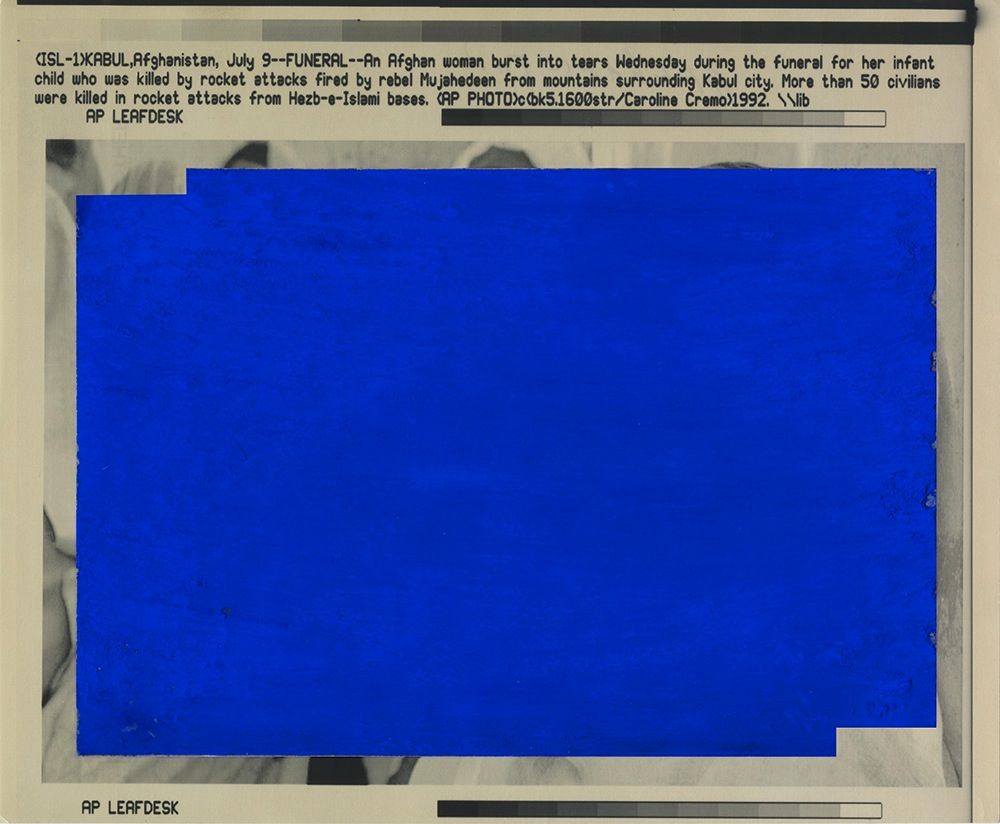 
Photojournalism’s affinity with Christian iconography is addressed in ‘Pietà’ (2012). Employing a news agency photograph of a bereaved Afghan mother, caption intact, at the funeral for her son in Kabul, Birkin has overlaid the image with vivid ultramarine pigment, sourced from lapis lazuli mines in nearby Badakhshan Province. With this intervention, and its concomitant allusion to the prohibition of figuration in Islam, interesting questions of representation and appropriation are raised.

Birkin’s work seeks to expose the juridical and ideological frameworks of contemporary warfare. A recent Art & Law Residency in New York provided a unique opportunity to further these insights, yet Birkin does not shy from direct contact with military personnel. He extended the concept of ‘Confessions’ into a work called ‘Unknown Solider’ (2009), in which an anonymous soldier confesses to camera. His blurred image, frozen in the gesture of a patriotic salute, asks us to question what non-combatants can know of the lived experience of war. He is currently working with a retired soldier, observing him as he is forced to shed his military identity in order to return to civilian life. We can expect forthcoming work to use photography as the tool to investigate the ethical implications of the robotisation of warfare. 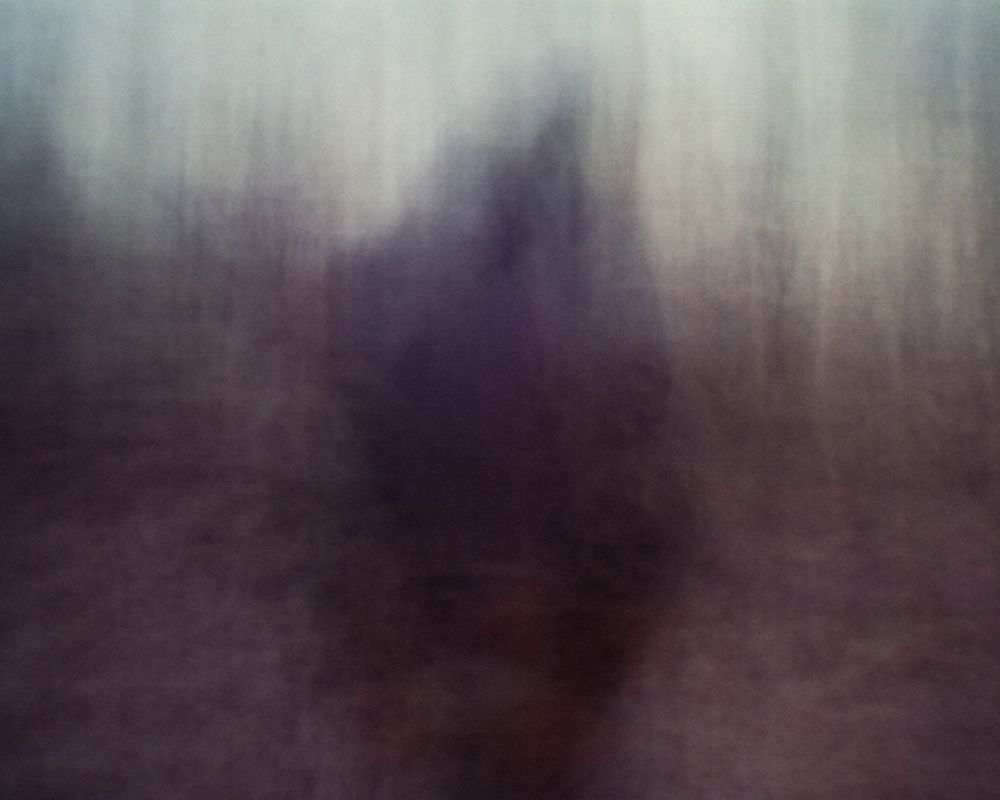 In many ways all images of war are images of loss. Birkin’s effort to articulate this absence are evident in his earliest body of work, ‘Revisited’ (2006), which traces the last steps of his younger brother Anno, who died in a car accident in Italy, aged 20. His sustained engagement with the aporia at the heart of his project offers the photograph itself as a new kind of visibility.

In 2013 Birkin will be artist in residence at the NARS Foundation, New York. He lives and works in London.

Max Houghton is senior lecturer in photojournalism at the University of Westminster. She edited the photography biannual 8 magazine for six years. Her writing appears regularly in magazines such as Foam and Black and White Photography and on websites such as the BBC, the Daily Telegraph’s Telephoto arts hub and Foto8.

She has curated group photographic exhibitions in New York, London and Brighton and has chaired debates on photography at The Frontline Club, The Royal Institution and the London Art Fair. She specialises in contemporary documentary photography and also in the writings of W G Sebald.

Open Frequency keeps you in touch with new developments in contemporary art practice from across the UK. The artists are selected and profiled by leading curators, artists and writers, presenting the work of significant emergent artists.