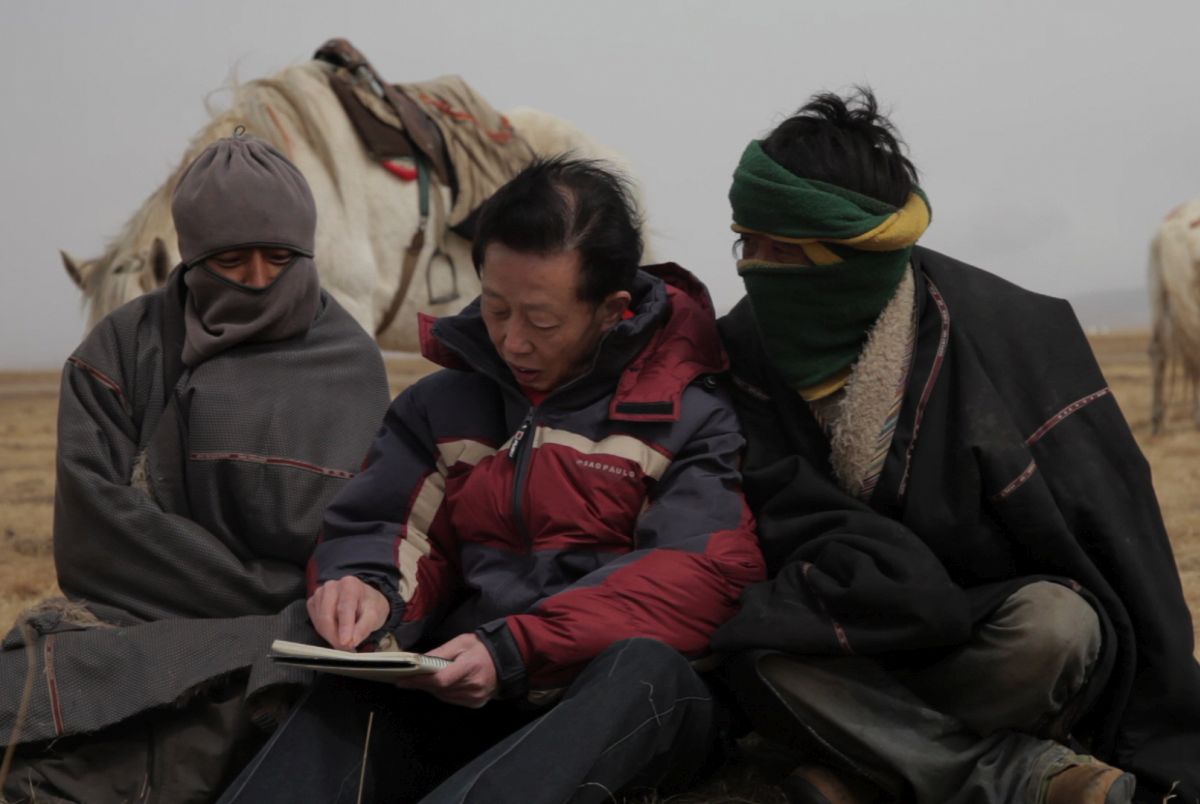 The precarious position of the artist and art within broader socio-political and economic circumstances is a recurrent theme in contemporary practice. It is, however, given a fresh perspective in Xin Shen’s thoughtful and subtly provoking work.

For her MA Degree show at the Slade School of Fine Art, these themes were unpacked through a series of related works that ranged from a small-scale photograph of the iconic and unknown protester from the Tiananmen Square demonstrations whose image was captured standing in front of a Chinese tank; a Realist painting employing traditional Chinese ink techniques of high Himalayan tribespeople; a virtual reality work transporting you to the Tibetan plateau; and a moving image work filmed in the same locations in western China. 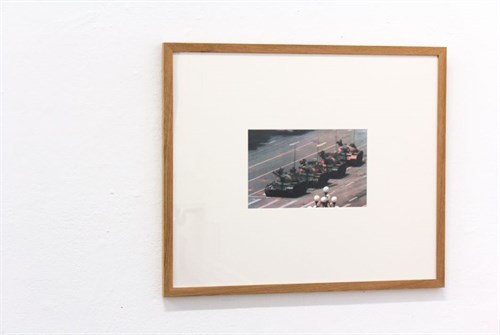 Central to her installation on the top floor of UCL’s building was the moving image work 'Counting Blessings' (2014, 37:30mins). This work, shot 11 hours from Shen’s home town of Chengdu, ostensibly documents her father, Daohong Shen, who is also an artist, in his search for authentic images of Tibetan people and culture to use in his own practice. Heavily influenced by the Russian realist painter Ilya Repin, her father’s paintings feed into a Chinese market hungry for images that bind together notions of freedom, masculinity and nomadic wildness with the Tibetan people. The irony is that while Tibet maintains an uneasy political relationship with China - many of the economic advantages that have visited the rest of China have passed it by - it is simultaneously a site for the Romantic projection of ideas of unconstrained identity and mobility. It is precisely the  precarious political and economic circumstances that have held Tibetan culture and people broadly in check for generations that appeal to audiences in a rapidly expanding and changing China.

'Counting Blessings' oscillates between the macro and the micro. It sensitively tackles difficult questions surrounding globalisation, the legacy of cold war power hegemonies and domestic Chinese politics, acknowledging that there are no quick fixes to these complex issues. The work also operates on an intensely human scale: the portrait of Shen’s father is sensitively constructed to show how, despite our best intentions, it is impossible not to be personally and professionally compromised to some degree by the world we operate within. The denouement of the piece reveals that Xin Shen also has a parallel practice for the Chinese who follow in the footsteps of her father. This lucrative work has been the means by which she has supported her studies in London. What more telling example could there be of the complexities inherent in the relationship between cultures, modes of art-making and economics. 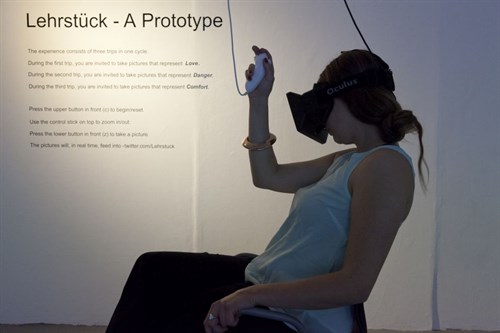 Xin Shen, Lehrstück – A Prototype, 2014. Virtual Reality, Oculus Rift, with Programming Artist Damien Borowik and use of photograph from Colour & Transition Samples by May Heek. Credit: May Heek

Between 2009 and 2013, Kirsty Ogg was Curator at the Whitechapel Gallery, where her exhibitions included Claire Barclay’s Bloomberg Commission: Shadow Spans, Gerard Byrne’s mid-career survey A state of neutral pleasure, and an historical exhibition of Karl Blossfeldt’s photography. She was also responsible for the re-launch of the Whitechapel Gallery’s triennial open submission exhibition as The London Open.

Known for her support and work with emerging and mid-career artists in her former role as Director of The Showroom, London, Kirsty Ogg worked with such artists as Subodh Gupta, Richard Hughes, Jim Lambie, Daria Martin and Eva Rothschild, presenting their first solo shows in London. She was also part of the organising committee of Transmission Gallery, Glasgow, before joining Norwich Gallery, Norwich School of Art & Design, and independently curated a number of shows with artists including Spartacus Chetwynd, Karen Kilimnik, Mike Nelson, Thomas Schütte, David Shrigley and Cathy Wilkes. She has taught extensively and is currently Lecturer on the MFA Curating course at Goldsmiths, University of London.