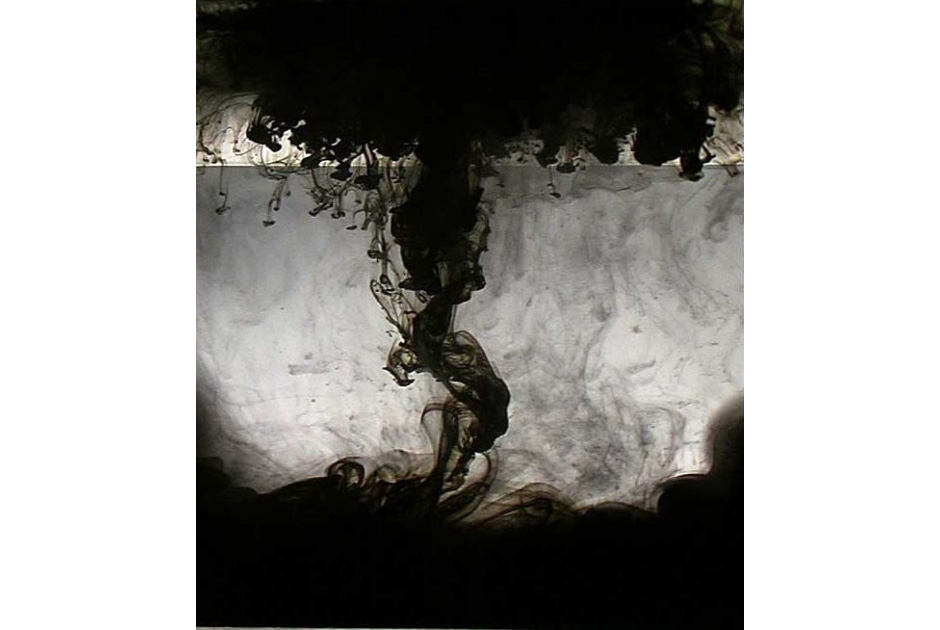 Susie David explores water in its many forms with an enthusiasm that is as infectious as the work is captivating. Her work draws creative energy through accepting and embracing tension and uncertainty and through surrender to processes beyond her control.

In many ways David's work is a collaborative endeavour between herself and water, allowing the steam or the tides, falling rain or still waters to shape and respond to the ink she pours into it, the paper she leaves under it, the lens she points towards it. The work is as delightfully unrestrained by form as her subject matter is by use. Large-scale drawings made with seaweed in the midst of the encroaching tide are shown alongside various projections and film pieces. One such film shows white and black inks poured into still water. Filmed from underneath white ink becomes a dreamy mass of lazy tendrils, mesmerising as they stretch slowly downwards before the sudden injection of black ink swallows them up, jarring the viewer from a trance-like reverie with a realisation and reminder of darker and more disturbing possibilities.

There is a continual sense that water, frequently domesticated and controlled, is - like life - ultimately unknowable and un-containable. A projection onto the floor in a corner of David's darkened space shows the edge of a broken wave lapping into the room as if spilling in from the other side of the wall before retreating and leaving the room empty, dry and, above all, safe.

While delighting in and affirming life through interaction with water, its metaphors and its poetry, the threat of the unknown and that which can never be controlled is a constant presence in David's work – an intriguing and at times intimidating unknown just beneath the surface.