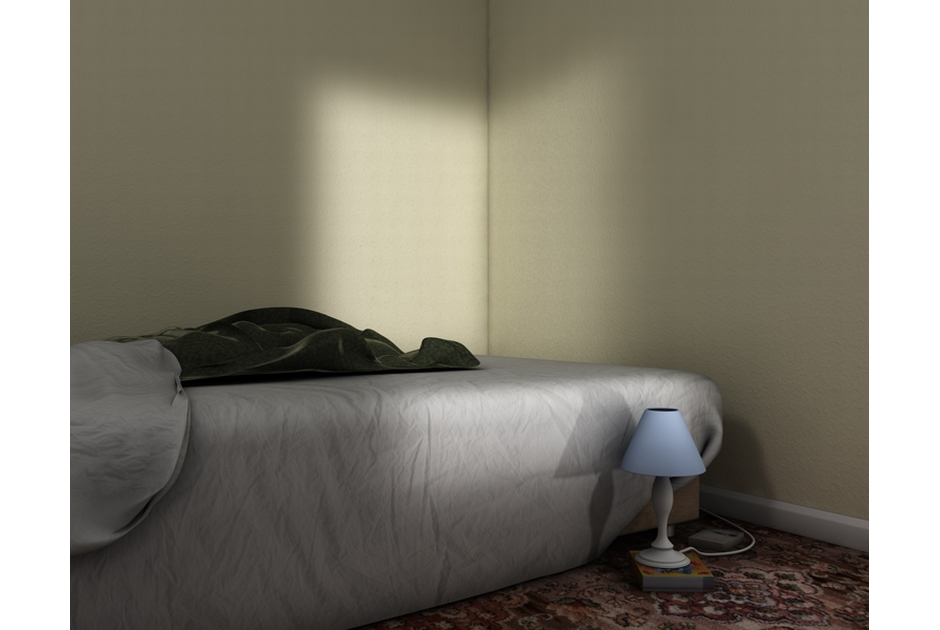 When I look at Richard Kolker's images I am reminded of the work of Edward Hopper. However Kolker's renderings are not produced in paint, instead they are constructed from the same modelling techniques employed in the video game industry.

Geoff Dyer in his book, The ongoing moment, describes Hopper's paintings as '...photographs in waiting. They are not only in waiting, they are also of waiting.' Dyer might just have well have been describing Kolker's series 'The Game'. There is a stillness within these works; a clever use of hue and light that serves as a description of time. From these works we are able to experience the time lost or wasted; the time that seems to evaporate when we are engrossed in the virtual world of gaming. Yet what is depicted in these works is not an escapist fantasy, rather they reflect the more mundane nature of the everyday life of the game player. In Kolker's own words 'this paradoxically mirrors the inverted logic of the virtual being more real than the physical'. To some these fabricated worlds have become as habitable and genuine as 'real life'. 'Second life' for example, allows its players to build new lives and have as much dependence and responsibility as this one. Kolker's artist statement highlights a further reading of the conflicts that exist between the 'virtual' and 'real world':

'...'The Game' portrays the moment when the real and the virtual worlds meet. Not physically at the interface of a computer screen, but psychologically as the player recognises the blurring of the real / unreal boundary and is aware of the conflict that exists in his time being divided between the two. Showing male gendered spaces (computer games are still predominantly male orientated) they illustrate imagined potential emotional triggers that remind him of his roles and responsibilities in the real world.'

At the LCC MA Photography show Kolker presented his flawless man-made environments behind sheets of immaculate Perspex to emphasise the perfect Utopian aesthetics of the digital experience.