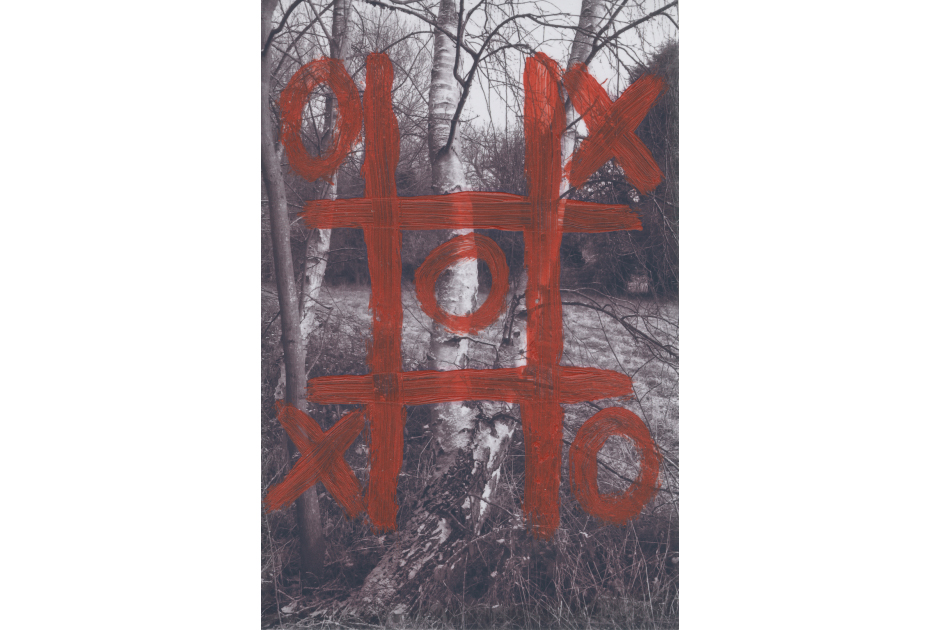 First, 'Assimilation (Seascape)', a projection of the sea breaking on the sand. No sound, no trace of people, just the endless break of the waves. It could be anywhere, but we imagine it is the nearby Norfolk coast. It is very beautiful in its mute expansiveness and it signals that these works might be about bigger themes.

And then 'Assimilation (27million)', a monitor on a plinth, shows rice crispies dropped in to a bowl. Tens, hundreds, then thousands of them - one by one. The bowl fills and then they spill across the table. The careful counting of such small familiar things is an exercise in measurement and labour but it also draws us on to think about the individual lost in the mass, about excess and deprivation. The artist's concern is the value of the individual person and in this project each rice crispie stands for a person thought to be living in modern slavery. No matter that this issue is not explicitly stated: the politics informing the work and the values of the maker remain implicitly expressed.

Next, in 'Assimilation (Drinks)' we look down on to a small screen, horizontal and within a table-height plinth, and in to a mug in which hot milk and chocolate are combined, the foam then gently subsiding. The chocolate drink is mixed six times, much the same and yet always different. It's such an ordinary image and yet someone in the gallery said 'come and look at this' - how surprising that we notice transformation in something so banal and find it beautiful.

On the last wall 'Assimilation (Games)', a black and white photograph of a corner of woodland - perhaps a place of sanctuary, perhaps a place more sinister - is superimposed with a game of noughts and crosses in raw red paint. It is a graphically arresting image, the red marks complicating the image below and making us think of how we each get caught and tangled in the machinations of our own minds.

In a group show, with so much work vying for attention, how strange that the quiet pieces drew me close. Not so much 'Look at what I have done' but more 'Look at what I am thinking about'. At first the Assimilation works left me unsure about what I was supposed to understand from them, but that open-ended feeling was a comfortable one: these are exquisitely made and carefully displayed pieces that lead you in a number of directions. The artist's principles are subtly and thoughtfully conveyed by contemplative works that invite you in and make it easy to linger with them.

I am currently Chief Curator at the Sainsbury Centre for Visual Arts, University of East Anglia, Norwich. Working with a team of curators, conservators and technicians I am responsible for the development, care and display of the Robert and Lisa Sainsbury Collection, the University of East Anglia Collection of Abstract and Constructivist Art and Design and the Anderson Collection of Art Nouveau and a programme of up to eight temporary exhibitions annually.

Recent projects include the redisplay of the Robert and Lisa Sainsbury Collection, 2006, Constructed, Abstract and Constructivist Art, 2008 and Take a Look at Me Now, Contemporary Art from Poland 2009.

Having studied art history at the University of Western Australia I began my career as Assistant Curator at the University’s Lawrence Wilson Art Gallery. In 1995 an Australia Council professional development international exchange grant brought me to England to work at the Mead Gallery, University of Warwick. In 1998 my move to the Sainsbury Centre was informed by a desire to continue working in the University context and return to working with collections as the foundation for a temporary exhibition programme.