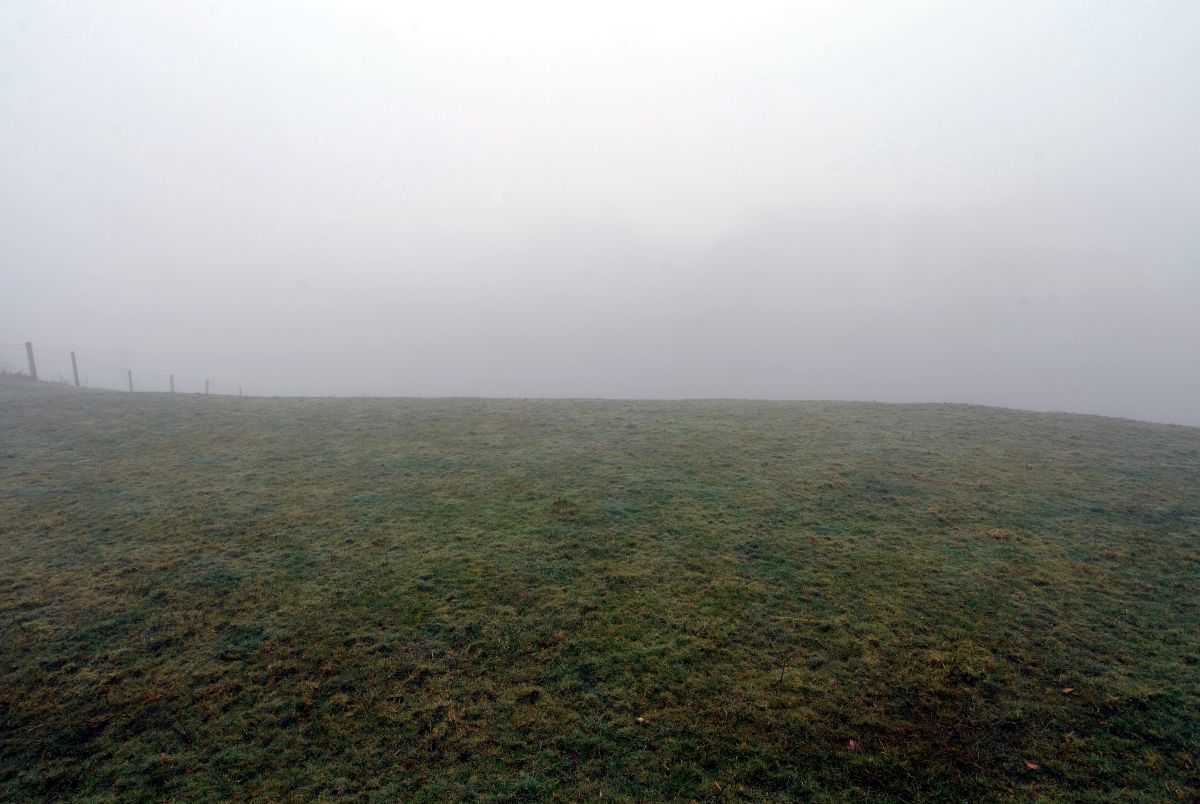 With MA exhibitions, no assumptions can be made. This is no more apparent than in the work of artist Philip McAthey. In an annexed part of one of the main exhibiting spaces, McAthey questions the role of duration, of becoming and of temporality in 'Birdsong (Becoming-music)' (2014). Coming across video works mid-duration is a widely recognised folly of the exhibition rather than screening format, but in this piece, McAthey not only uses this ploy to its advantage, but also completely questions it.

A seemingly static image of the top of a lush hill, with fog completely blurring foreground from background is only punctuated by six fence posts far left, which project a rural sense of place; we hear birdsong, varied and sporadic, evoking a real portrait of the still landscape of where it was filmed. The romanticism of staring out into the fog references Caspar David Freidrich's 'Wanderer above the sea of Fog' (1818), the viewer activating the scene as the bucolic wanderer.

Frozen in the duration, the tension between static and moving image is upheld throughout, enforced by the air of expectation, the threshold of boredom and using such, the consideration of duration; a quick flicker of a bird flying through is the 1/10th of a second crescendo, releasing all the anxiety of the image, accepting the quietness behind the landscape, the briefest semiotic relationship between aural and visual - giving connection between landscape and viewer. In 'Birdsong (Becoming-music)', McAthey presents a constant stream of tensions and delivery.

Regarding the cinematic aspect of his work, set in its own designated environment, the thick sound bleed resonates around the main exhibition space creating that all-essential curiosity to hunt out and discover the work. Noting the use of ‘Unfixed Duration’ with looped video the duration of the piece transfixes the viewer, and their threshold for video art becomes the seconds or minutes that the piece exists for, that offers up a totally idiosyncratic response to the work.

Throughout degree shows, there is a total bombardment of dialogues, visual language, concepts and narratives. McAthey’s work offers a soft, reflective endeavor by holding the gaze through exceptional utilisation of the challenges in contemporary video.