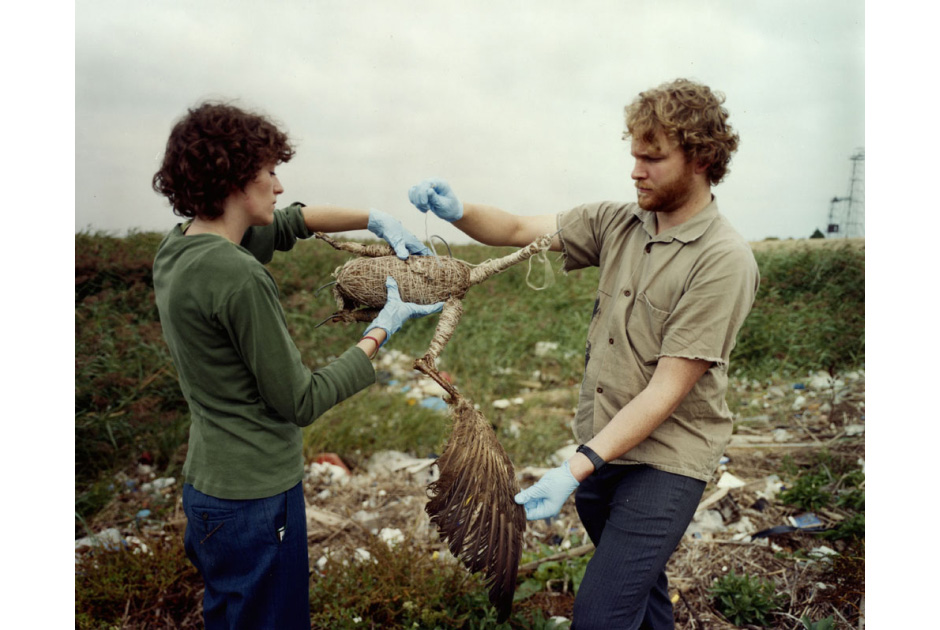 Peter Ainsworth's photographs revel in blurring the distinctions between staged and documentary photography. His supposedly evidential images call into question all sorts of basic assumptions about the nature of truth and objectivity.

Within these photographs, assumed art-handling technicians are asked to perform in the landscape as if they were in a gallery space, treating detritus as they would a work of art. The technicians are depicted mapping an object; the remains of a stuffed bird apparently found on a bank of the Thames at Crayford Ness, documenting it so that it could be re-installed within a gallery space, carefully wrapping the object for transportation.

The photographs have a dialogue about the nature of human intervention within the landscape as well as being an acknowledgement of the behind the scenes labour that goes into the creation an art object. A further reading of these images highlights an exploration of how we view photography within the gallery space. On the walls the images are presented with a series of contact sheets and a seemingly authentic 'condition report' which, catalogues the found item. This provides an interesting' back-story'. Without this context the meaning of the work shifts. Drawing attention to the question: do these images belong on a gallery wall or is this a piece of empirical evidence?

Ainsworth's achievement is to keep alive a variety of potential scenarios within the viewers mind.