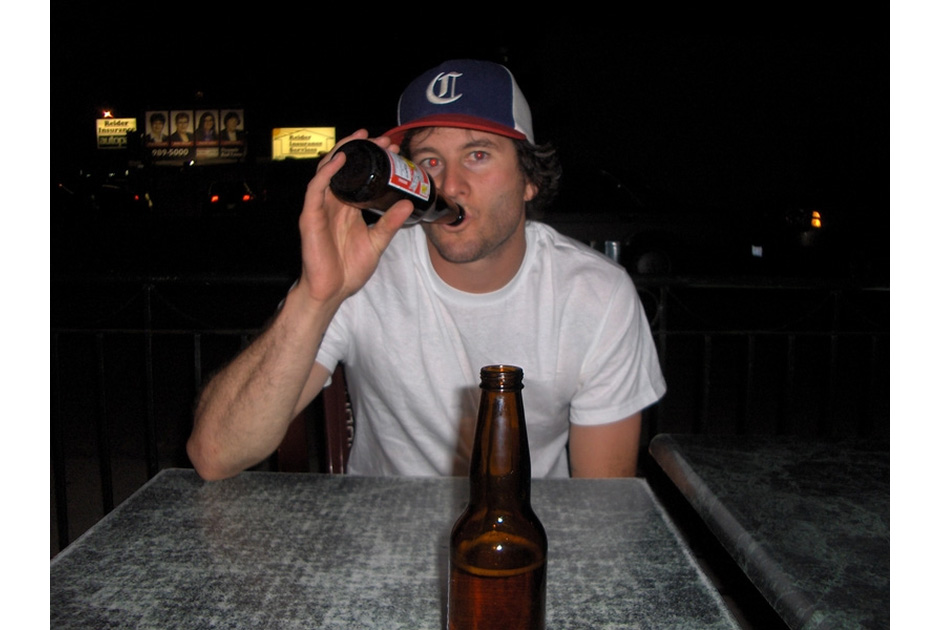 In a small room a photograph of a young man looms large, perhaps it is the artist, or a stranger in any bar in any given city. Headphones reveal a conversation, providing potential clues to build up a picture, a narrative, in an attempt to understand. To either side pads of paper are hung on the walls, each containing multiple sheets of maps of journeys, texts on quantum physics, shaky drawings of mythical characters on the side of drink cans, and a head drawn out of partial sinews which is announcing 'yes'.

Which sheets we choose to read and tear off determine our own version and unfolding of events. The title 'Skototropism' refers to the tendency of vines to creep toward darkness: the orientation of growth tips on some vines toward the darkest place on the horizon. It is an apt reference to the feeling of uncertain movement, layering of myths, inconsequential information, and texts on quantum physics.

This idea of partial, potential possibilities continues along the corridor and in the stairwell, where a CD player and headphones provide a delicate and complex layering and relationship to the first work. We are given instructions to imagine a giant tree inside the stairwell, a kind of totemic presence and absence. Yet this was also a shaky uncertain drawing on a pad in the other installation, and so is both a memory or potential site of the actual or imagined tree.

The decentredness of the work and role of the 'viewer' hint at partial understandings, myths, quantum physics, multi dimensions, and memories which circle outwards. The different elements do not combine to make a resolute and comprehensible whole but instead reverberate between each other and rebound outwards to some distant competing and unknown horizons.