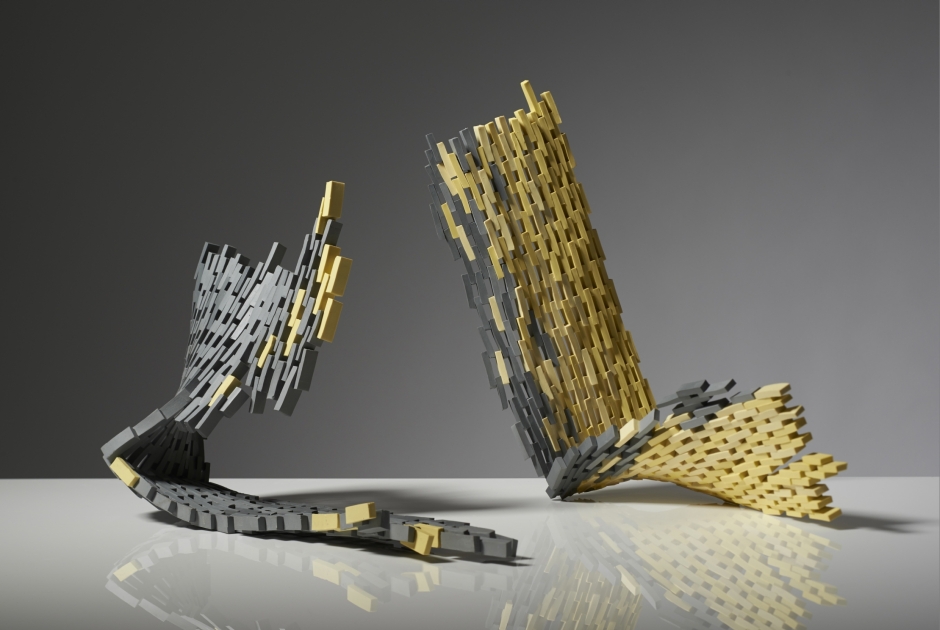 Although aware of the entirely different scale, I was reminded of an old Louis Kahn adage when I saw Mella Shaw's work at the RCA's Ceramics & Glass Department show. "You say to a brick, 'What do you want, brick?' And brick says to you, 'I like an arch.’ And you say to brick, 'Look, I want one, too, but arches are expensive and I can use a concrete lintel.' And then you say, 'What do you think of that, brick?' Brick says, 'I like an arch.'" 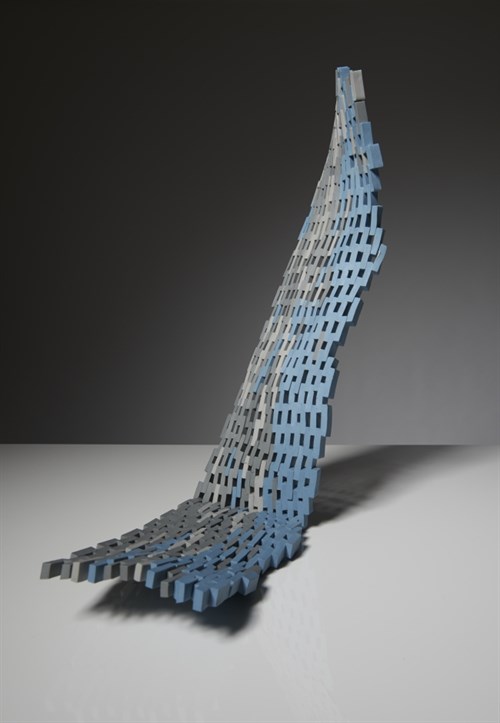 Like the great American architect, Shaw is capable of making her tiny porcelain bricks talk. Her structures are reminiscent of precariously balanced ruins on the verge of collapse but which somehow remain intact. As the artist explains, she’s intrigued by notions of thresholds and tipping points, playing with contradictions. Her pieces are concerned with attempting to capture a moment of beauty before it vanishes permanently and creating a sense of movement in a seemingly rigid object.

And she achieves this by pushing her chosen material to its limits. While the majority of ceramicists working in porcelain, for instance, concentrate on its delicate translucency, her pieces celebrate the quality that traditionally frustrates other makers – the fact that it warps under heat, becoming buttery at 1200 degrees centigrade. By building up her pieces from bricks and then supporting them in the kiln, she can create a series of unlikely curves that would have structural engineers purring in appreciation. 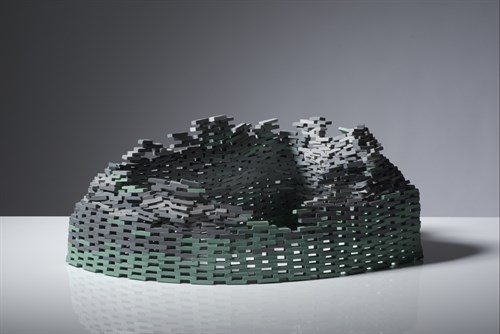 Interestingly, too, Shaw is an artist with hinterland. She originally studied Anthropology at Durham University, before making documentary films and, most recently, working as head of exhibitions at Dulwich Picture Gallery. A fluent talker and (judging from her website and foreword in the Glass & Ceramics catalogue) writer about her work, she is someone I would expect to hear plenty more from in the near future.

Grant Gibson is a design, craft and architecture writer whose work has turned up in places like The Observer, New Statesman, The Guardian, Daily Telegraph, FRAME, Dwell, and quite a few others. During his time Grant has been editor of Blueprint, deputy editor of FX, and acting executive editor of the RIBA Journal. He's currently the editor of Crafts, as well as a contributing editor to the Dutch architecture title MARK. In 2011 he was made an honorary fellow of the Royal College of Art.