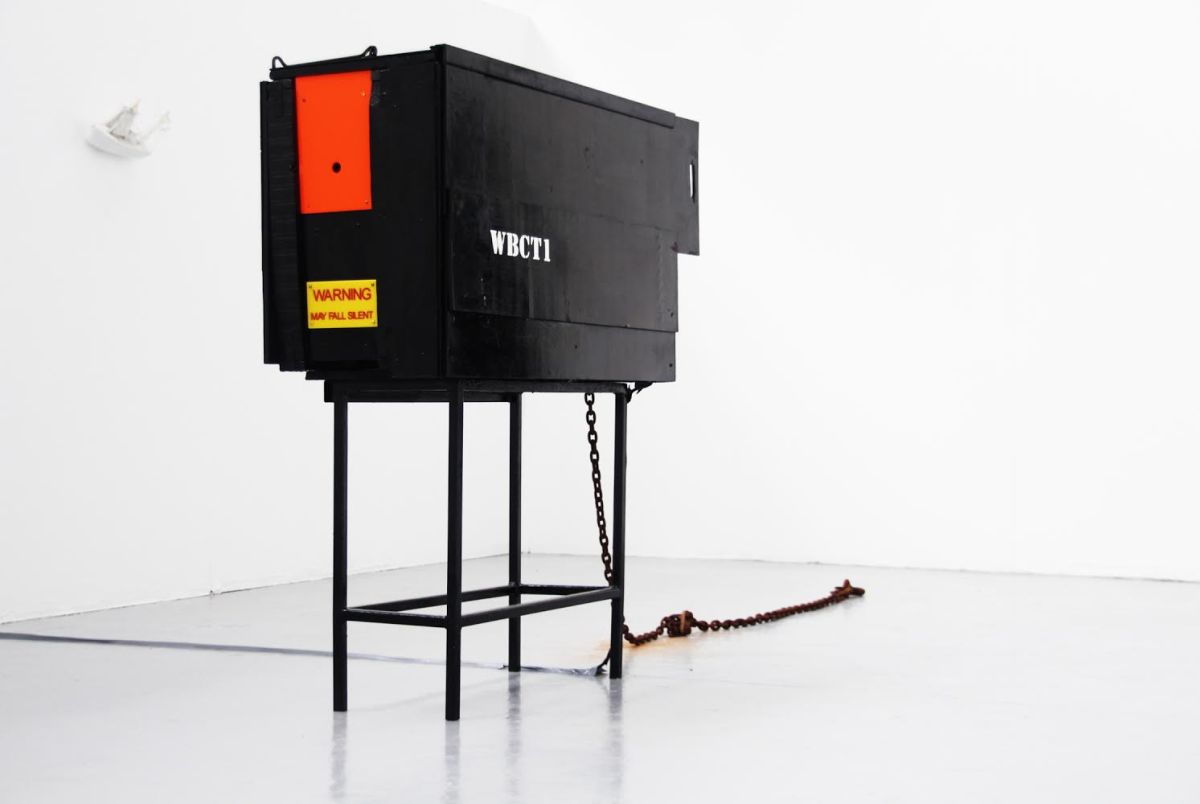 Sue Jones selects Katryn Saqui from the University for the Creative Arts, Canterbury for MAstars

I first came across Katryn Saqui’s work in 2010 when, in collaboration with Julia Riddiough, she placed a caravan on the beach in Whitstable. 'Internal States' was a large-scale, nomadic, viewing box, designed to raise questions about how we map our emotions. One part of the project was a ‘diary of emotions’, logging and mapping the emotional responses of audience members.

Saqui showed three works for her 2014 MA degree show at UCA Canterbury. The three have overlapping themes, and incorporate ways of working and ideas the artist has employed over time. Often made in collaboration, Saqui’s works follow on and bleed into later works, forming a coherent set of ideas. The three works in Saqui’s MA show all use boats and the sea as powerful symbols through which to investigate her ideas. 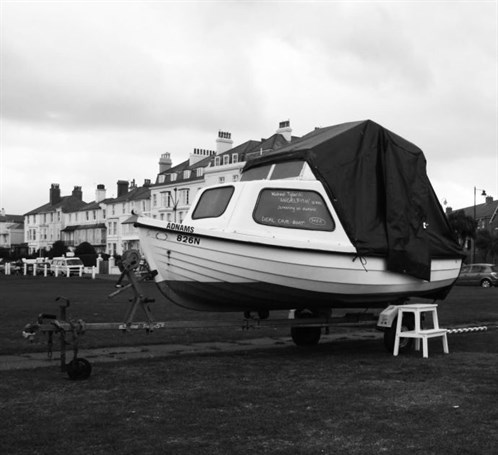 'Cine-Boat' is a two-seater Orkney Spinner, which has formed part of other projects by Saqui, and is another nomadic work (most recently seen at two new festivals in Kent: Wise Words in Canterbury, in September, and 51 Zero in Medway, in October 2014). This one takes a fishing boat and, with the addition of an unfussy black tarpaulin, transforms it into a tiny two-person travelling cinema, showing works that reference the sea. Working in collaboration with Loren Bevan, Saqui uses 'Cine-Boat' to show a short film, Angelfish, by film director Michael Tyburski. The film is ten minutes long, a study of a young man searching for isolation who moves into a boat on New York’s East River. The film can be viewed online at: vimeo.com/29483409 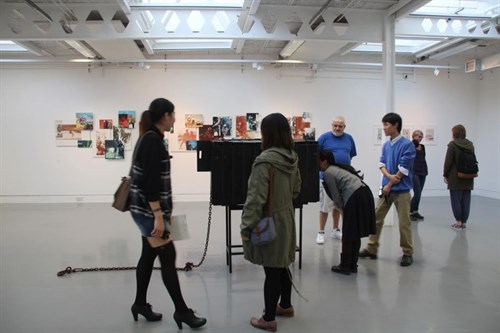 'WB CT14' is a black box on legs referencing the boxes that hold the machinery designed to winch boats up onto the beach (hence the WB, from winch box) in places that do not have safe harbours, such as Deal, in Kent (hence the CT14, Deal’s postcode), which has a steep shingle beach dotted with fishing boats. When the viewer bends or kneels down to look inside the box through a small hole, a beautiful black and white 8mm film of a fisherman is revealed. At the same time an old Lister industrial diesel engine, recorded from a winch box on Deal beach, shakes the walls and floors of the gallery and fills it with sound. 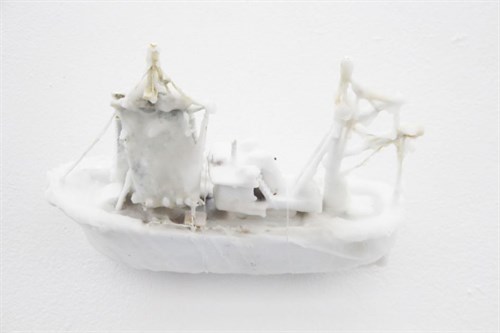 The third work, 'Fish Wife Votive', is a white, wax-covered model boat, shown close to 'WB CT14'. Hanging at a precarious angle from the wall, 'Fish Wife Votive' calls to mind the strong links between fishing communities and religion, or superstition. Votives would have been offerings made and given to ensure sailors’ safe return, or to give thanks for safe return and a good catch. Model boats have a long history – they are found, for example, in ancient Egypt as votives and burial offerings. This one is very different from the simplicity of the Orkney Spinner: a tall ship with masts and sails, muffled in white wax which blurs its details and gives it the look of being long buried on the seabed, as if to evoke the depths of the sea and of our own subconscious.

Sue Jones is a Curator based in Ramsgate. She specialises in working closely with contemporary visual artists to create new, often complex, works that develop over time. She has been Director of Whitstable Biennale since 2005. Previously she was Curator and Director of Chisenhale Gallery, in London.