Within a consistently strong Fine Art MA show at Norwich University of the Arts it was energising to encounter Emma Lee Cracknell’s work, a single painting hung in the centre of a divider wall generously flooded by natural light coming from the window to the side. 'II' (2014) is a 6 x 6 feet canvas, covered in a restrained palette of grey and Prussian blue pigments mixed together in subtly different hues and opacities and applied with a thick brush in warily defined strokes, layer upon layer, to suggest an overriding darkness. Two lines incised onto the surface of the paint cross the canvas diagonally and wrap around a thin layer of unmixed blue colour brushed directly over the gesso coating, both glowing and receding, evoking the pulse or recurring memory of a vagina. 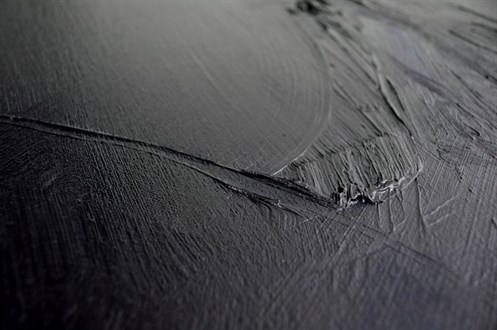 References to Jacques Lacan and Julia Kristeva’s theorisation of desire are at play here as Cracknell investigates the space between the idea and experience of active desire. With a striking simplicity of means, she articulates a physicality that is at once reductive and elaborate, owned and exposed. Much of Cracknell’s practice draws also from the painterly tradition of abstract expressionism and particularly the work of Mark Rothko, yet within this conscious borrowing there is a clear attempt to negotiate a visual language akin to a post-gender notion of the feminine. Cracknell’s paintings are often preluded by numerous pencil drawings, which are works in their own right and could feasibly be exhibited alongside her paintings. Neither quite abstract nor figurative, each one is an attempt to render a volatile experience that continues into the paintings, without ever being resolved. This indication of the artist's process gives the impression of a coherent and strongly rooted practice extending well beyond the piece on view here. 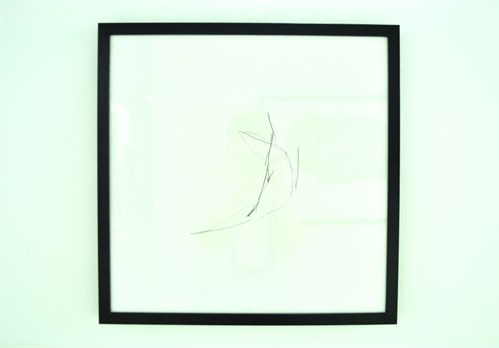 Mónica Núñez Laiseca is Senior Lecturer in Curatorial Practice (Contemporary Art) at Glasgow School of Art.  With a background in curating contemporary photography and lens-based work, she previously lectured in Museum Studies at the University of East Anglia (Norwich) and has held curatorial roles at Open Eye Gallery (Liverpool), Belfast Exposed (Belfast) and Instituto Cervantes (Tokyo), producing exhibitions on the work of Anne Collier, Nancy Davenport, Redmond Entwistle, Duncan Campbell and Ruth Proctor, among others.  Mónica is interested in the connections between late conceptual art and current artistic practice and is the author of a monograph on art and politics in Spain in the 1960s.