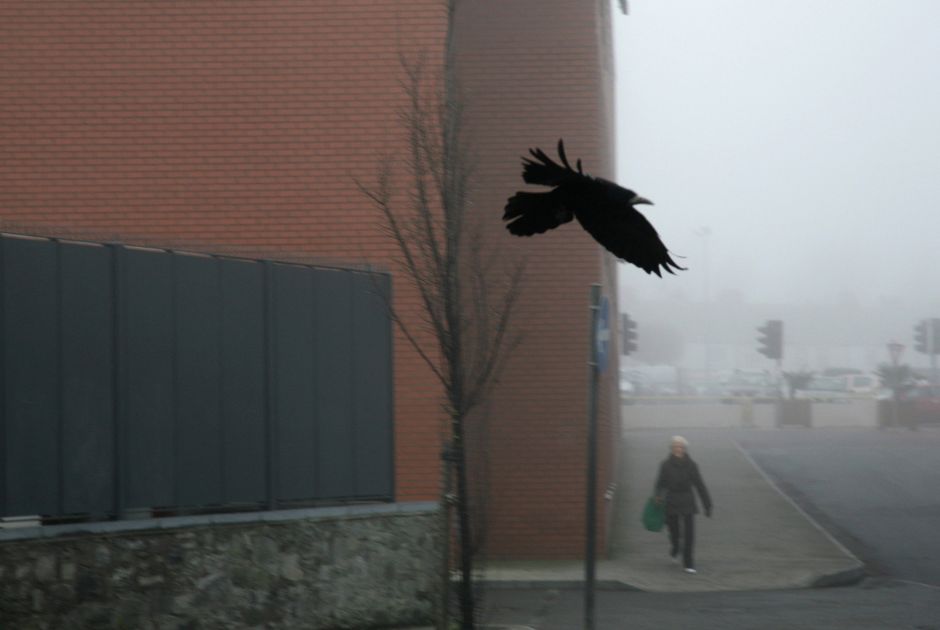 One framed work in an exhibition at Ffotogallery, Penarth, and a publication profiling her recent, more expansive body of photographic works.

At Ffotogallery, a single work nestles amongst the many and varied contributions to the group show - in the stairwell between ground and first-floor. The misty urban scene captured by Jurisic's poetic eye is like any grey Dublin day (she moved there from Croatia in 1999), except for the ominous presence of a large black crow that hovers in the centre of the image; threatening to attack; to penetrate your personal space.

Her second and more expansive contribution to the show is the publication 'Seeing Things'. In 2006 she was commissioned by Combat Poverty, an Irish State Agency to produce a body of work that could be used to raise awareness of the underlying poverty in Ireland in a period of rapid change. The resulting body of works – which sadly are not exhibited here – blend sharp detail with documentary detachment to create a poignant realism that calls into question the photographer’s role as cultural commentator and our own basic assumptions about the nature of truth and objectivity.