An artist sits in a bar, his deadpan expression replicated by the life size mannequins flanking him on either side, each a crude likeness of himself. The soundtrack is the instantly recognisable theme tune of The Pink Panther (1963). The young man and his wingmen are all three dressed in a casual uniform of button down collared Ben Sherman checked shirts. A fantasy sequence ensues in which the artist choreographs his two likenesses to the ballad of Lana Del Rey's 'Blue Jeans'.

I have chosen Dominic Watson as my MAstar from the Glasgow School of Art’s 2014 Master of Fine Art graduates. His film 'Bootcut Renaissance' (2014) is a highly entertaining parody of clichéd masculinity, as expressed through the lyrics of the love-struck chanteuse: the semiotics of style connote a 'James Dean' bad boy stereotype;

Walked into the room you know you made my eyes burn 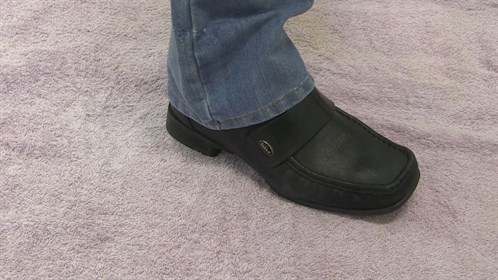 These rebels without a pulse gyrate against a painted backdrop of cacti and rocky mountains (a mural adorning Glasgow’s famous 'Grand Ole Opry' Country and Western club); the camera lingeringly pans over the eponymous blue denim, Ray Bans, black Base London slip-ons and a skull ring whose diamante eyes wink knowingly at us. This fetishisation of 1990s casual clothing is a nostalgic nod to status symbols of the artist’s adolescence. Bricolaged excerpts from advertisements for butch aftershaves - Hai Karate and Old Spice - and 1980s films and pop videos are also childhood (consumer) cultural references. This hyper-masculinity topples over into camp, just as Watson’s puppets dangle comically upside down.

Previous work had been filmed on a static camera, typically of the artist dancing (the aptly entitled 'Studio Based Practice') or appropriating Mick Jagger’s moves to 'Start Me Up' in celebration and imitation of Henry Moore’s ostentatiously posed figurative statue, subsequently stolen from Glenkiln Sculpture Park, in 'Like a Rolling Stone'. A Sculpture BA graduate, Watson’s return to making objects and utilising MTV-style fast fire editing and found footage are the first step to more ambitious plans for a fully fledged 'musical', eagerly anticipated by this reviewer.

Watson’s practice is one of self-portraiture; an on-going investigation of the process of becoming, shifting identity and the limits of self-knowledge. His work is entertaining, drawing on popular culture and shared (false) consciousness to create and manipulate affect in the viewer. He appears in his work using his body, typically through dance; he (literally) performs his identity as 'a straight white, middle class, British, male' ironically through caricature. His next (geographical) moves following graduation will be residencies in Florence and Vermont.

Andrea Kusel has been Curator of Art at Paisley Museum and Art Galleries since 1996, where she has curated and commissioned numerous exhibitions including Information (2014), Equals - Celebrating Women’s Creativity (2012) and Decade - ten years of collecting contemporary art (2010). Her contemporary collecting and commisioning for Paisley Museum was recognised by Modern Painters who listed her as one the fifty most exciting art collectors under fifty in 2012. Andrea is a member of the board of Street Level Photoworks, Glasgow, a gallery space and members’ organisation committed to fostering public interest and participation in photography. She has degrees in art history, film and television studies, museum studies, and contemporary art and art theory. She is currently an Affiliate Curator in the School of Culture and Creative Arts, University of Glasgow and is on the panel of the Margaret Tait Award to commission artists’ film in association with the Glasgow Film Festival.