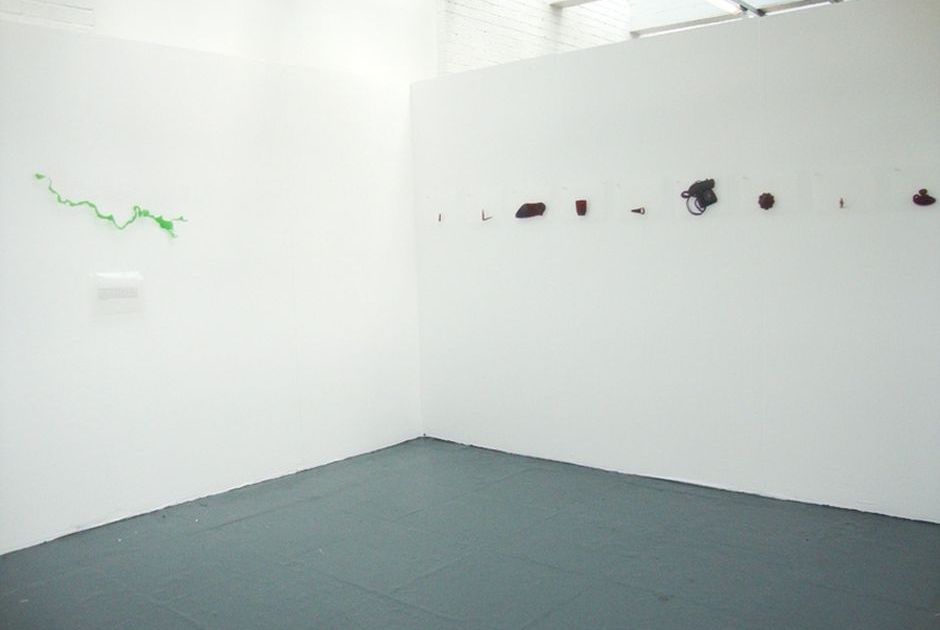 Like a digital Womble, Annabelle Megalemou is fascinated by ‘the things that the every day folk leave behind’. Whilst the project of collecting and photographing found objects is far from new, Megalemou has developed this interest through wall-mounted digital prints that focus on the politically loaded ‘no go’ area between Cyprus and Turkey, set up as a buffer zone by the United Nations.

Uninhabited since 1974 the green line, as it is known, is an evacuated landscape whose character has been created through conflict and uneasy compromise. Megalemou’s forays into this area are to gather the items that remind us that life here was once untouched by border disputes. A bottle opener reminds us of the beer enjoyed after a long week at work. A woollen flower lets us imagine a small child having a first knitting lesson with grandma.

These have punctum that elevates them from the spoils collected on Wimbledon Common: Megalemou has ensured there are objects here that refuse to deny their geographic and historic specificity - a metal bullet, a discarded gun cartridge, one lone shoe, a telephone that no longer connects people.

These relics of devastation are presented simply, almost clinically by Megalemou, who photographs the items and presents the images on acetate, complete with typed collection data. This collection record subtly reveals the subversive nature of the project as the items are collected at 4.20am, 1.43am… all times that show this Womble has been forced to metaphorically go underground, collecting in the dead of night or haunted pre-dawn hours.

It is these insights into the artist’s relationship with the green line - and all that it represents – that elevate the work. And there is great scope here to develop the project further. I would be keen to see more ambitious exhibition presentation, either reinforcing the artist’s subversion or increasing the scale and weight of the works to greatly amplify the absent voices. Megalemou has certainly got relevant things to say about territory and humanity and the voice she is developing has a keenly subtle power.