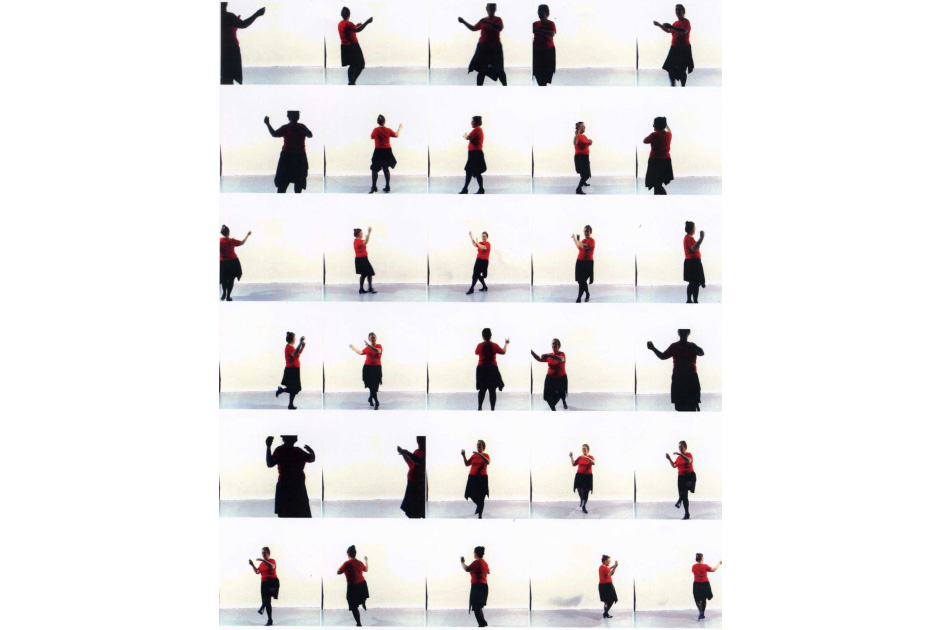 Amanda Doran's work is concerned with exploring the human condition predominantly through filmmaking. Three films were projected into the exhibition space as an installation. One permanently ('Sisyphus') and the other two alternating ('Tango per Una' and 'Azulejos'). The latter two took inspiration from two films by Carlos Saura (Tango and Carmen) which both contain dance sequences. These sequences run simultaneously alongside those of Doran's. Whereby she becomes the main protagonist - echoing the footsteps of the dance - but alone without her handsome beau.

Doran films herself from a fixed camera mounted on a tripod ensuring that the viewpoint and picture frame is set. This enables her to take control and command full direction of the filming and furthermore negate the need for a cameraman or assistants. Instead of the camera following the flow of the dance, she is left to move around the space: marking it out and framing herself unconventionally within it.

Doran has, through implication, raised a number of political statements within her work, however this is firmly addressed with a sense of humour and irony that is both attractive and enticing. The intentional and contrasting techniques of the slick feature films and Doran's 'DIY' yet profound filmmaking, provides the viewer with plenty to consider.

Outside the installation space Doran displayed a series of passport-sized photographs of her dance steps, presented sequentially in a horizontal line, therefore offering the viewer an alternative reading of the dance narrative, depending on whether they were viewed before of after seeing the films.