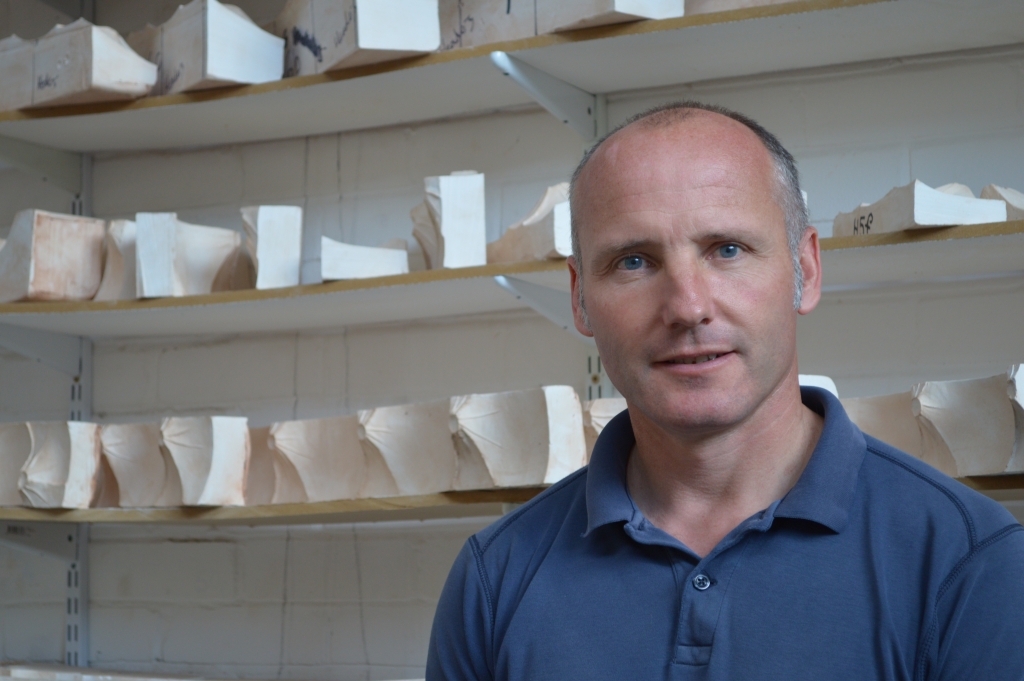 Rodney Harris in his studio

This month Ruth catches up with sculptor Rodney Harris to discuss working with clay bricks, the impact of changes in education and reactions to his public commissions.

Ruth Wilbur: What’s the art scene in Bristol like?

Rodney Harris: Bristol is a fantastic city with world-class studio facilities for artists and a number of edgy artist-led groups. Street art and live art are very strong in the city with Spike Island and the Arnolfini showing exciting new contemporary art.

RW: Until recently you were an artist trustee at Spike Island. What did that involve?

RH: I was concerned with ensuring the rights and facilities for the artist studio holders were protected and developed. I also spent time working on how Spike Island could involve more artists and engage with the local population more.

As Spike Island has grown since its beginnings in the 1970s it has taken on more staff to run itself. It is now a large arts organisation with regular funding from Arts Council England and includes a gallery, commercial lets, student studios, a business incubation facility, a cafe, a commercial gallery and numerous other arts-related organisations, in addition to the original focus as artists' studios. There is pressure on artists to justify their studio use, and as it is no longer an artist-led group, but run as a charity, I've stepped down from the board to focus on developing a new artist-led studio space.

RW: Your work involves a mixture of sculpture, live art and education. How do these relate to each other?

RH: I think being a sculptor is who you are rather than what you do or make, it informs your outlook completely. Sculptural elements such as form, structure, concept and themes crossover directly with live art. Also working in education involves creativity, physical modelling, curiosity, presentation, many of the same elements I employ when sculpting.

RW: As someone who works regularly in art education, can you share your thoughts on the proposed changes to the National Curriculum?

RH: My feeling is that opportunities for artists within education are diminishing, and the Ebacc will further reduce them. I am slightly despairing that we do not value the role artists play and fail to understand how their contribution is invaluable. When Winston Churchill was asked to cut arts funding to help the war effort, he simply replied, 'Then what are we fighting for?'.

RW: Tell us about your interest in clay. You use the material in your work often. Why is that?

RH: I work with clay because it is so abundant and forms the environment that many of us live in. In many ways it's a natural palette for me. Also, there is a perception that bricks are just hard and flat, but what's overlooked is that bricks were orginally formed from mud and dried in the sun, it's an ancient and contemporary material. They were originally designed to be hand sized and easily transportable for ease of construction, so if you think about it, many of our buildings subconsciously reflect our own bodies. In my performance work I have a notion that we are of the Earth, and therefore we are made of clay. 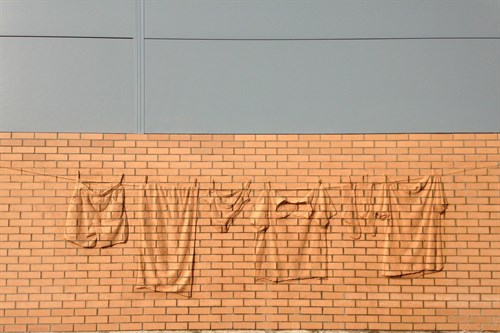 RW: Can you tell us about your new work 'Washing Line', which you are working on at the moment, when will it be completed?

RH: 'Washing Line' (2013), is a commssion I am working on for Shield Retail Centre in Filton, Bristol. It should be completed at the beginning of September, ready for the site's opening in October 2013.

The work follows a previous commission in 2008, located on the site of a former Victorian public laundry, where I made a row of washing machines. Obviously you hang your clothes out to dry after you have washed them, so this work follows on.

I like the idea of the temporary and permanent being fused, as if someone has hung out their clothes on the building, but they never get taken away, it’s the idea of the disruption of closure, a theme found in much of my work. And, of course, you don’t hang your dirty washing in public… 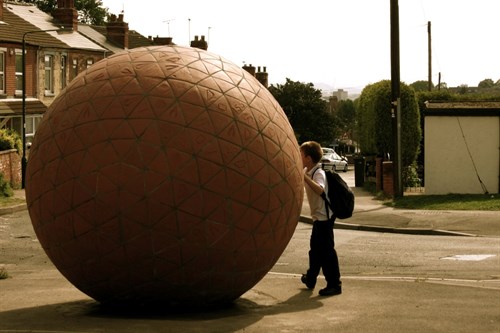 RW: What are the challenges involved in completing work for a commission or brief? Have you had any interesting reactions to your work?

RH: The challenges are usually around working within the limits and restrictions of other professionals, the tight timescales and the challenge of convincing a committee to take a risk without really knowing how you might realise an idea.

I've had some interesting reactions to my work, someone once yelled out: “What the f***ing hell is that? We could have had a golf course instead!" upon seeing the 'Giant Brick Sphere' (2007 - 2008), I constructed in Nottingham.

RW: You work with others frequently on large scale public commissons, don't you?

RH: Yes, when researching a project, I tend to explore options by talking to local manufacturing professionals and people from the area. Collaborating with others is integral to my practice, ideas have to be pushed to the absolute limit to be successful and a conversation of one plus one can often equal three, and lead to something completely unexpected.

RW: What was the last exhibition you saw that inspired you and why?

RH: The 12th Istanbul Biennial, because it was so overtly political. In Britain, we have lost the ability to create an alternative to neo-capitalism but Istanbul shows us that it's still possible.

Rodney Harris is based in Bristol at Spike Island studios and until recently was an artist trustee on their board of trustees.

Rodney graduated with an MA in Ceramics from Cardiff in 1990. His new work 'Washing Line' (2013), will be open to the public in Filton, Bristol this October.

You can find out more about the changes to the National Curriculum at the Cultural Learning Alliance website.