Home Archive Artist of the Month: May 2013, Sally Waterman

Artist of the Month: May 2013, Sally Waterman 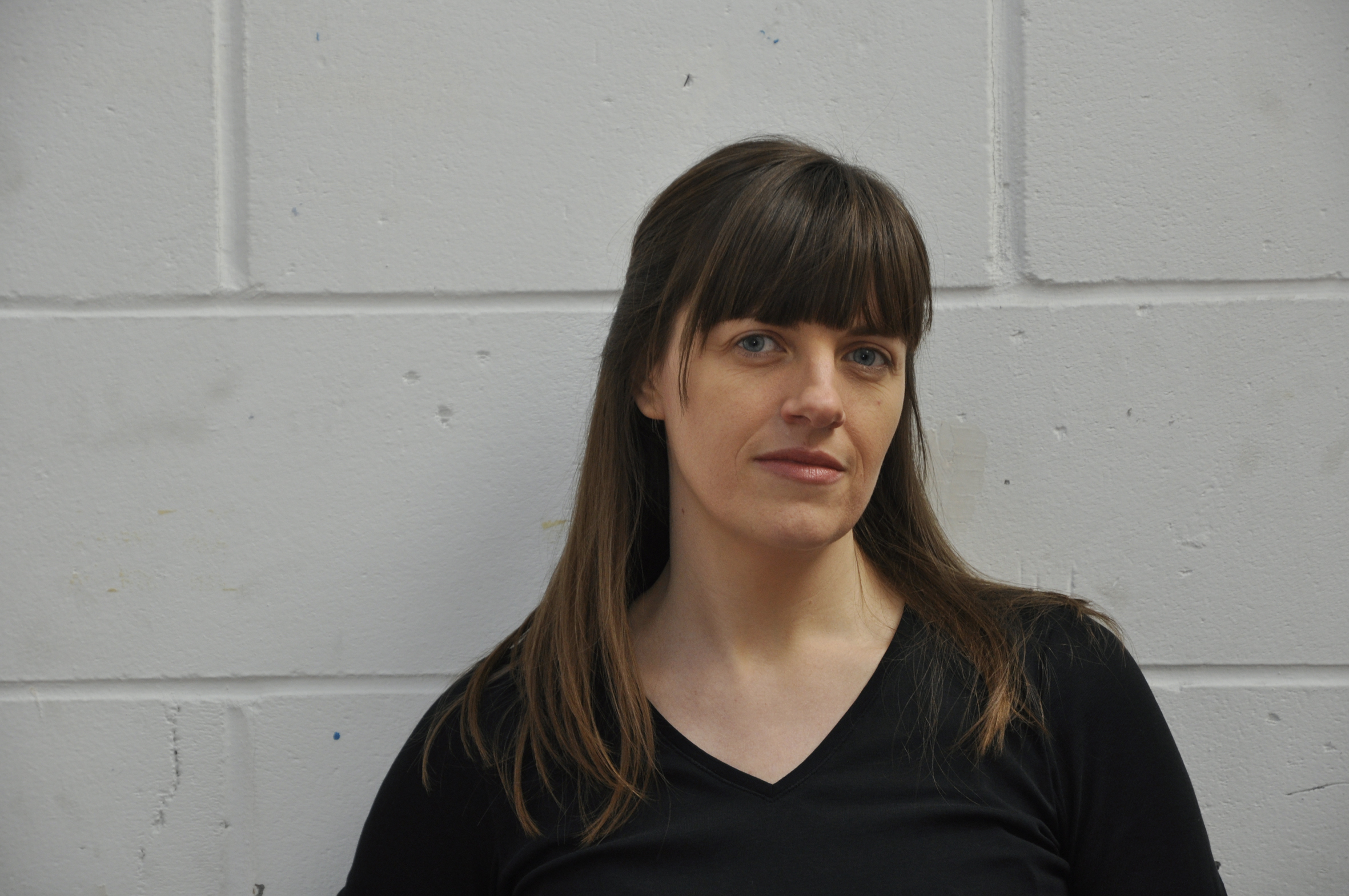 In May's Artist of the Month, Ruth interviews Sally Waterman about her time on the AA2A residency at Wimbledon College of Art and the challenges involved in creating work based upon autobiographical events.

Ruth Wilbur: You're just coming to the end of a six month Artists Access to Art Colleges (AA2A) residency at Wimbledon College of Art. What impact has the AA2A residency had on your practice?

Sally Waterman: The AA2A residency has allowed me the time and space to really focus on my practice within a supportive, creative environment. The concentrated period from November 2012 until the end of May this year has provided me with the impetus to complete my latest body of work, ‘Translucence' (2013), within a set time frame. And it's been really enjoyable spending time at Wimbledon, since it feels like a proper art college - quite experimental and friendly, with a real community spirit. I’ve also benefited from having access to the black and white darkroom, where I have been able to develop my printing skills.

RW: Can you tell us a little more about this project 'Translucence', which you are currently working on?

SW: The 'Translucence' project is an interpretation of Donna McKevitt’s musical score (Warner Classics, 1998), which was inspired by artist and film director Derek Jarman’s writing and serves as a reflection on the fragility of life, investigating my personal experience of bereavement, in particular losing my grandmother, who passed away nearly twenty years ago.

When finished, there will be three videos altogether: 'February', 'Against' and 'Wisdom'. Each video will use one of McKevitt’s instrumental tracks and begin with an epigraph, taken from Jarman’s book on colour ‘Chroma' (1994).

The first video, 'February' (2011), consists of slowly dissolving photographs of the passing seascape, which I shot during a catamaran journey across the Solent, from Portsmouth to Ryde on the Isle of Wight, on my way to the funeral of a close family friend. The second video, 'Wisdom', is a stop-frame animation sequence, using digital snapshots taken over the last three years that document my familial relationships. The third video, 'Against', is a collaboration with performance artist Kate Ashman and is based on memories of my grandmother, involving a series of gestures and projected images. I aim to have the last two videos completed by the end of July.

The accompanying series of twenty image/text black and white photographs (2011-2012), which have been the main focus of the residency, elaborate upon these themes, extracting carefully chosen lines from Jarman’s ‘Chroma’ (1994) and his diary, 'Smiling in Slow Motion' (2000), together with literary quotations sourced from writers such as Kate Chopin, Emily Dickinson, T.S Eliot, Sylvia Plath and Christina Rossetti.

RW: This isn't the first time you have made work which is very personal to you. 'Waste Land' (2005- 2011) was a five-year project undertaken during your PhD in Media & Photography at Plymouth University, and explored your parents' divorce.  What are the benefits and challenges involved in creating work that is so personal?

SW: The work was based upon T.S. Eliot’s 1922 poem 'The Waste Land' which I first came across during my English Literature A’ level. I was captivated not only by its rhythmic language and surrealist imagery, but also by the cinematic, collage effect of its mythical, literary and cultural references, which inspired me to produce my first series of photographs based on a text.

During my PhD I decided to use the poem ‘The Waste Land’ as a framework to investigate my interpretative methods. Later on, having realised the emotional significance of the poem, the project became an attempt to work through the marital breakdown and divorce of my parents, and my subsequent estrangement from my father. 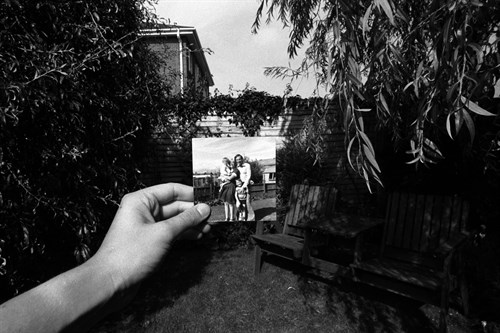 I found the production of this body of work very intense, since it not only formed the basis for rigorous doctoral study, but also dealt with such difficult memories. Yet the process was deeply insightful and cathartic. I felt that by making the work, by making visible this family trauma, I was able to achieve some resolution and acceptance.

RW: What did it feel like when you first showed a large body of the work in a public exhibition at the Ruskin Gallery in Cambridge last October?

SW: Seeing a selection of the 'Waste Land' (2005 - 2011), project installed at the Ruskin Gallery last October was very moving. The reality of exposing my personal history once it had reached the public domain, rather than previously exhibiting individual works in group shows, was a little unnerving at first but it is something that many people can relate to and deals with wider issues of family dynamics, conflict and separation. I've always been keen to make work that was experiential to the audience and would have some kind of resonance. 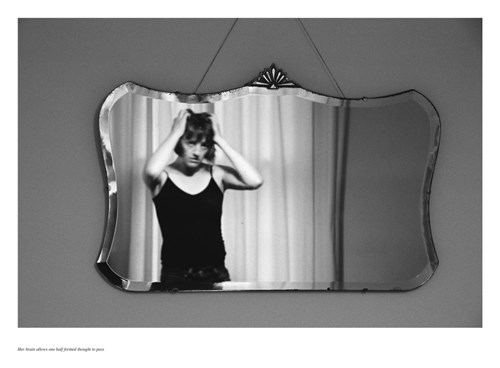 Sally Waterman, Her brain allows one half-formed thought to pass, 2005

RW: You describe your work as a form of self-portraiture. How does this connect with the literature you work with?

SW: During my doctoral study, I realised that I interpret literature emotionally and selectively, in order to produce an ambiguous form of self-portraiture. This fragmentary form of interpretation is closely related to the way in which I represent myself visually in my work. Due to the personal nature of my practice, I adopt elusive modes of self-representation in order to situate myself apart from the audience, appearing as an anonymous figure, a ghostly trace or a partial, disembodied self. In the past, I used surrogate models that looked like me, but since the ‘Journey Home’ (2002) project, I became a more active part of the image, shooting viewpoints from my own subjective position, or becoming a performer within the work.

RW: What was the last exhibition you saw that had an impact on you and why?

SW: In February 2013 I saw Jules Wright and Thomas Zanon-Larcher’s installation ‘Passage’ at The Wapping Project, a staged thriller, shot across several European cities and containing a host of cinematic references, including ‘Don’t Look Now’ and ‘Rear Window’. It was an immersive experience, created by the combination of the two video screens and the theatrical set design, which included broken cinema seats, archive photographs of Odeon cinemas literally falling off the walls and a room containing props from the film, laid out on tables as sinister evidence, kept back from the audience behind bars.

Having previously worked with the 'still' movie technique before (‘Turn of the Screw’, (2001/2007), and ‘In the Cage’ (2007)), I enjoyed the interaction between the moving image footage (predominantly of a car journey) on the right-hand screen and the unfolding narrative of still images on the left-hand screen, which was heightened with an atmospheric accompanying soundtrack.

Interview by Ruth Wilbur, May 2013

Sally will be exhibiting a selection of photographs from her 'Translucence' series in the forthcoming AA2A exhibition at the Camberwell Space with the other residency artists from CCW, University of the Arts. The exhibition opens on Monday 8 July and runs until Friday 19 July.

Sally Waterman is an interdisciplinary artist who explores issues of memory and autobiography, drawing upon writers such as T.S. Eliot, Sylvia Plath and Virginia Woolf.

Having studied for a combined degree in English Literature and Art, she creates work derived from literary sources. She re-interprets literature to create poetic still and moving image works that reflect autobiographical events.

She has exhibited both nationally and internationally, with recent exhibitions at Ruskin Gallery, Cambridge, and Künstlerhaus in Dortmund, Germany.