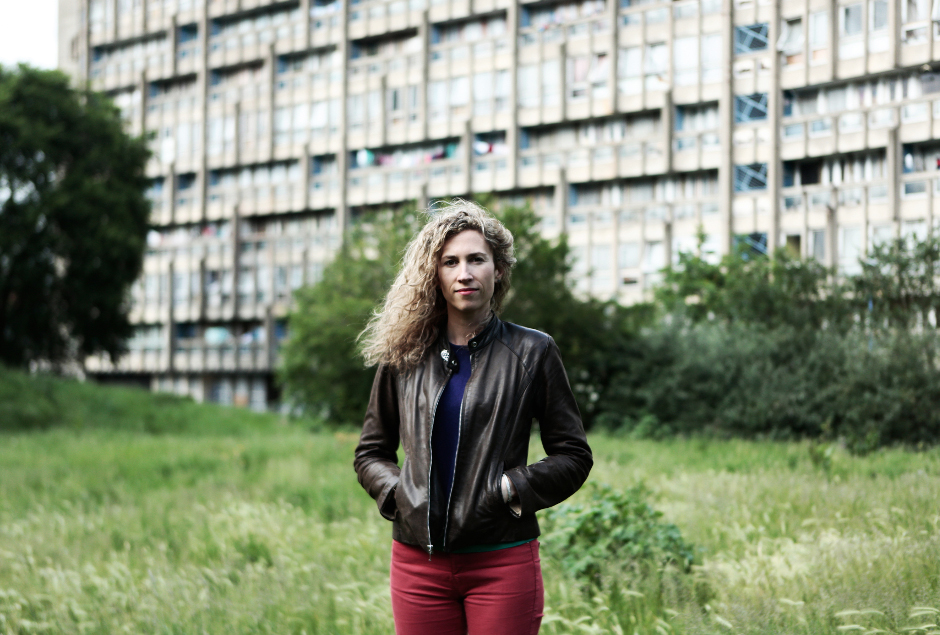 Jessie Brennan talks to us about drawing, working with local communities and her new commission for the Foundling Museum

Ruth Wilbur: Can you give us a brief introduction into your work?

Jessie Brennan: I explore places through drawing and dialogue, informed by their social histories and changing contexts. The places I choose are often sites of contradiction, where the people who occupy them are affected by circumstances beyond their control. 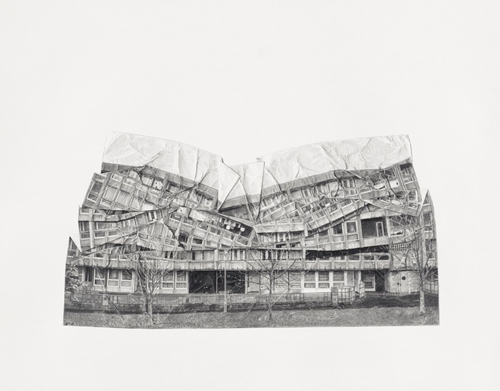 A Fall of Ordinariness and Light (The Enabling Power), 2014. Graphite on Paper, aluminium frames, non-reflective glass. 50cm x 64cm. Commissioned for Progress by The Foundling Museum, 2014

RW: Tell us about your love of drawing – what is drawing to you?

JB: Drawing feels personal, immediate and intimate, in both the making and viewing experience. However, I am interested in that moment when narratives of not just private or individual, but also of social and historical significance and in danger of being lost forever are brought into the open, made public through the medium of the imagination. I love the ways drawing can playfully disrupt how images are read.

For me, drawing speaks of our capacity to experience and contemplate slippages between actuality and imagination. I use drawing as a way to get to know a place and understand a situation; by looking at a microcosm, you begin to grasp the wider context.

RW: You mention in your statement that you are interested in the relationship between fact and fiction, where did this interest in blurred lines come from?

JB: Some of my earliest memories are when my dad told me ‘tellings’. After a bedtime story I’d listen to him tell me a mix of fact and fiction. According to my rules, the story had to begin grounded in everyday, lived experience but could evolve into something more imaginary, where anything was possible and scenarios could be contemplated and questioned.

My drawing practice is inspired by this approach, related, perhaps, to my interests in social history, politics and philosophy. Of course, our experiences of actuality and imagination are not separate, binary concepts and I try to reflect the incongruous perceptions of time, place and memory in the way my drawings are constructed.

RW: Can you tell us about the work that is currently on show at The Foundling Museum responding to Hogarth’s tale ‘A Rake’s Progress’?

JB: I was commissioned by The Foundling Museum to respond to Hogarth's work and started by thinking about ‘progress’ as a concept. I have made a series of pencil drawings responding to the social housing estate Robin Hood Gardens (in Poplar, London) that was designed by Peter and Alison Smithson in the late 1960s. The estate is due to be demolished in 2015 as part of the Blackwall Reach regeneration scheme.

Robin Hood Gardens is an apparently failed utopian ideal of community housing. It has been absorbed into an ideological system of growth, driven by capital and profit, part of a perpetual cycle of shifting ideals across time. Its demolition symbolises the fall of social ideals of progress and this is what I wanted to visualise. I've called my series of four drawings 'A Fall of Ordinariness and Light' (a title borrowed in part from the Smithsons' book published in 1970).

While Hogarth presents a central protagonist (as do the other artists in Progress), my drawings contain signs of human habitation, but the figure remains absent. Evidence such as washing hanging on a balcony or potted plants in windows appear to animate traces of the history of the buildings and of the individuals who inhabit them. The demolition of a section of the building is visualised through drawings that reference the crumpling of a photograph, which in turn reflects the anticipated crumbling of the building, questioning the future fate of the place, once the estate and people have gone.

RW: How do you feel about the increase in regeneration in London and its effects on the local communities who you have had contact with?

JB: Living in Tower Hamlets over the past seven years, I have observed the redevelopment of so-called ‘industrial wastelands’ into new housing under the premise of ‘better lifestyles’ and ‘prosperity’, a trajectory accelerated in the area by the 2012 London Olympics.

The Blackwall Reach regeneration scheme will see the current 214 homes in Robin Hood Gardens replaced by high density housing (up to 1575 apartments), of which approximately 43% will be ‘affordable’ (according to the Compulsory Purchase Order issued by Tower Hamlets council, 2013).

Existing tenancies are currently predominantly social rentals but will fall to around 35% under the new scheme. According to the definition in the government’s National Planning Policy Framework, 'affordable rent’ is 80% of the market value. Considering 20% of households in Tower Hamlets earn £15,000 or less, it is unlikely they will benefit from the regeneration scheme. 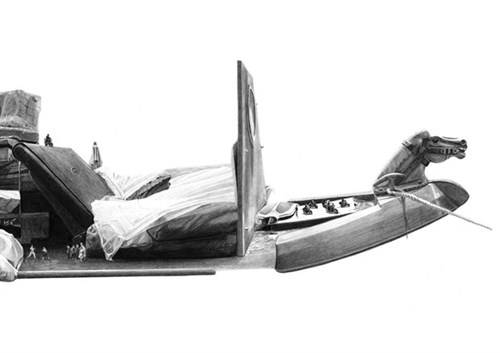 RW: You work very closely with local communities. Can you tell us about some of the interesting people you've met?

JB: In 2010 - 11 I was commissioned by SPACE to develop new work responding to the River Lea Navigation Canal, known locally as the Hackney Cut, as it was redeveloped for the London Olympics. The premise was to preserve some of the stories that characterised the area around Hackney Wick before they were lost to regeneration.

Local people were invited to gather oral history interviews from individuals living and/or working along the canal, a 3km stretch of water dug in 1770 to aid navigation during the Industrial Revolution. I created 'The Cut' (2011), a 5-metre drawing inspired by the interviews and informed by the social-industrial history of the waterways.

During my research I was fascinated to hear about local landmarks, many of which have now vanished under the Olympics site, leaving only traces of their former life, either in photographic snap-shots, derelict buildings or the collective memories of the people who knew them. 'Fridge Mountain’ was a locally known meeting place and dumping ground for old fridges. It's taken on a magical and mythical status now that it no longer physically exists.

I am interested in the ways narratives continue to live on through individuals who experience them and the communities who still remember their significance.

RW: You are a visiting university lecturer and also a project coordinator for ReachOutRCA at the Royal College of Art. What advice would you offer artists just starting out?

JB: Keep making art, especially when nobody’s looking. Form professional relationships with a view to the long term. Don’t expect things to happen immediately, opportunities will trickle down if they are the right ones for you.

RW: What are you currently reading?

Find out more about The Foundling Museum commission by listening to this Front Row interview with Caro Howell (Director) and Jessie Brennan talking about Progress in relation to William Hogarth.

Curated Selection: Drawing for Girls, curated by Anna Lovatt >
Anna Lovatt selects works from Axisweb that explore diverse uses of drawing - a rich field of enquiry since the 1970s for artists informed by feminism.

Rant 49: The Art of Social Change >
What is 'participatory art' and does it really bring about social change?