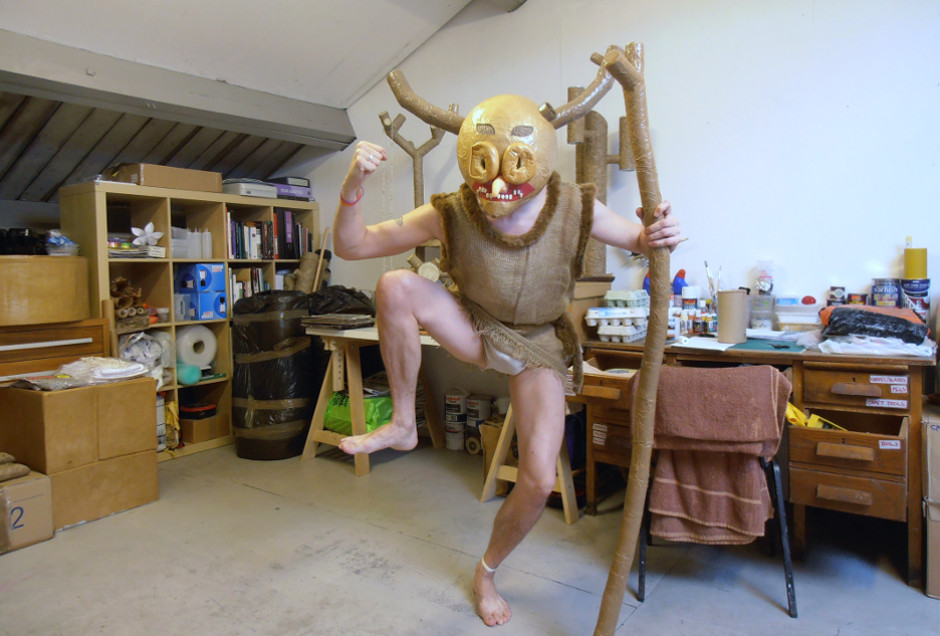 Our first Artist of the Month for 2015 is Mark Scott-Wood. He talks to Lesley Guy about the amazing power of papier-mâché and his interest in witches

Lesley Guy: What are you working on at the moment?

Mark Scott-Wood: I am currently working with a lot of cardboard boxes and newspaper. I am a prolific hoarder and everything has a potential. Strange objects are always finding their way into my sculptures.

I have recently finished making a sculpture with an old coffee table found on the street. The finished work has rat-tailed cactuses growing out of it. I am keen to start using more natural elements in my work including propagating plants on my cardboard constructions.

I'm also working on a series of digital images that I regularly upload to Facebook. I use my profile as a sort of online scrapbook where I can hoard links and images of interest I find on the internet.

MSW: It varies dramatically according to circumstance, but I try to spend as much time there as I possibly can. It is always my priority. I can spend fifteen to sixteen hours there a day sometimes and for seven or eight days in a row. I have phases of being relentlessly driven. 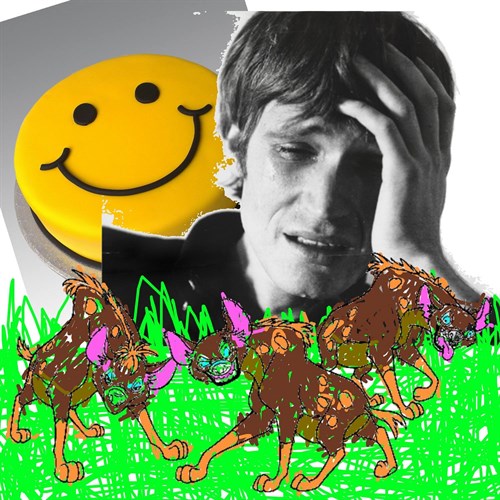 LG: How did you get into art?

MSW: As a child everyone is encouraged to make art and be creative, but as we grow up things change and expectations vary and our creativity gets channelled in different directions. I don’t see it as something I “got into” but rather as something I never “grew out of”. It is the point at which people stop being creative in this way that intrigues me. At what age do your drawings stop taking pride of place on the fridge door? More importantly – why?

LG: What is it about papier-mâché that you like so much?

MSW: There are simply no excuses with papier-mâché. All you need is an old newspaper and some water. It is as easy as that. It doesn’t have to involve any difficult processes or tools and it is relatively versatile. You can make it as simple or as complicated as you like.

LG: There’s an image of a witch that keeps appearing in your work. Who is it and why has she/he got bagels for eyes?

MSW: I find life a bewildering hotchpotch of overwhelming distraction and nonsense. The image of the witch has become a very personal motif that helps to keep me focused. I don’t want to divulge too much for fear it may lose some of its mystique. What might be interesting to mention, though, is that it originally started out as an alien.

It came into being quite serendipitously. I returned to the studio after some time away to find that I had a balloon covered in paper sitting on my desk next to a couple of bagels I had failed to eat for lunch. The bagels were now rock hard. It was only a matter of time before they magically became a pair of eyes! The transformation from alien to a witch simply involved a false nose and a pointy hat from a fancy dress shop.

I love exploring all the different manifestations of the witch through history; in stories; myth and legends; good and bad. The scope for interpretation is vast. I believe it provides a connection from the trappings of our modern age to something more spiritual. I also think the witch is a very pertinent symbol of persecution and this is something that should never be forgotten. 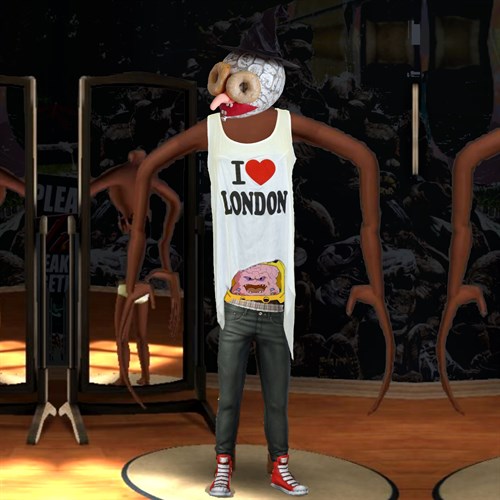 MSW: The evolution of the Witch Man Tree Daemon is a long, personal, ongoing story that comes from many different interests. He developed as a spin-off from the original witch motif, but I wanted this particular form to embrace nature more directly as well as hint at elements of myth and legend.

In this particular scenario I wanted to interpret masculinity and sporting prowess through a DIY cosplay aesthetic. I love the idea of people dressing up in homemade costumes and pretending to be their favourite superhero for whatever occasion. Using your imagination can be a great escape, albeit a temporary one.

MSW: I am currently taking some time out to re-examine my practice. I am keen for new work to be more politically driven. This year I am planning a group exhibition that will embrace some of the themes already mentioned. A few other things need confirming, but there are rumours of me making an appearance in Liverpool later in the year and a solo presentation in Budapest. Fingers crossed I’ve not just jinxed anything.