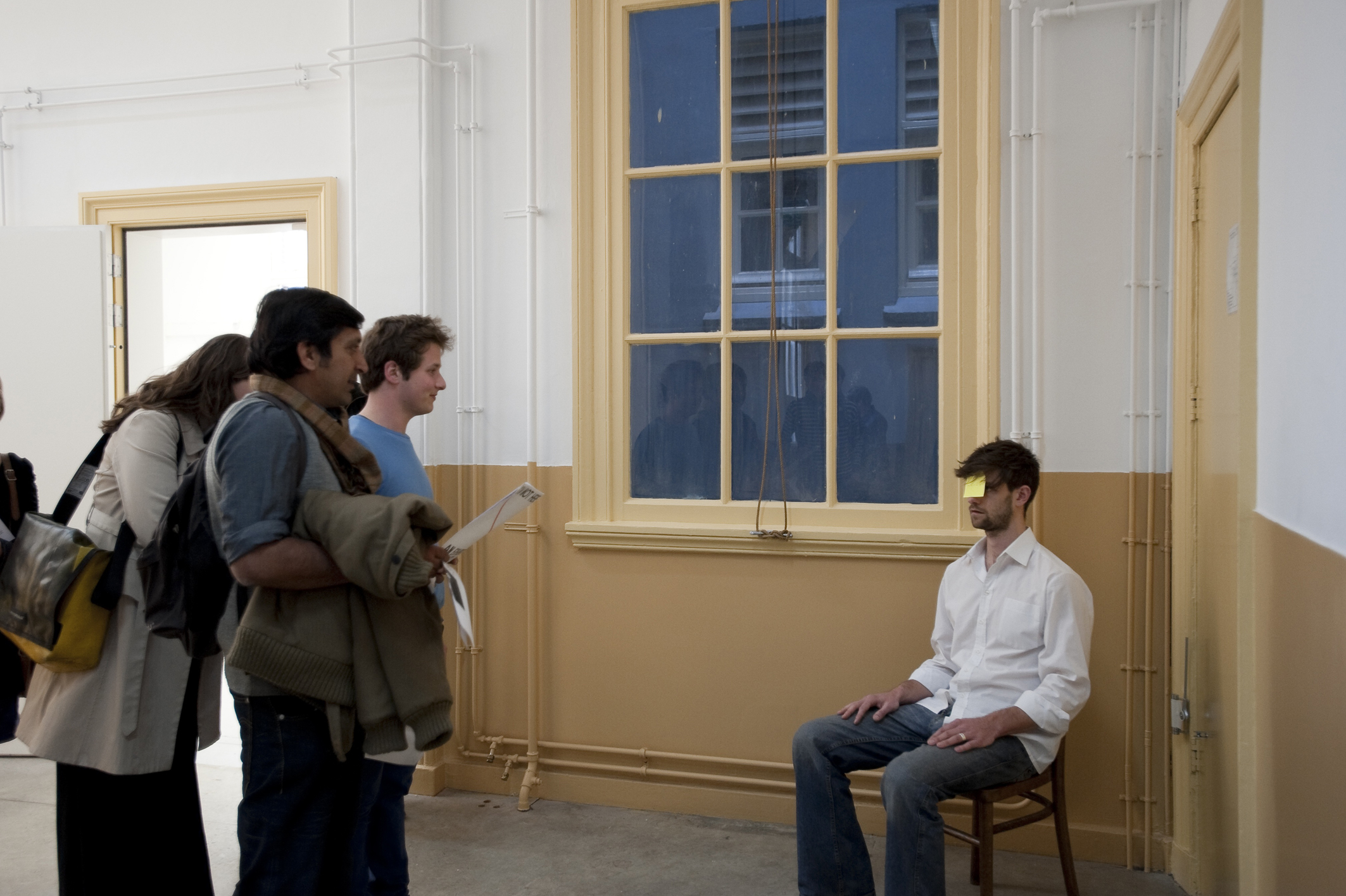 Artists seem to have a lot to say about their work and galleries are fond of sharing these insights with the public. Lawrence Bradby worries that we are getting too much information

Go to any solo show in any big gallery: as you draw close to the artwork up pops the artist, coaxing, advising, persuading, explaining. Not the artist in person of course, but their words. Their words as quotations in wall texts, their words as video interviews, and, in the fully-illustrated catalogue, their words as a transcribed conversation with the celebrated curator who needs no further introduction.

An example: the current show at firstsite, Colchester. In the multi-purpose space that precedes the galleries, a film of the artist, Richard Hughes, plays on a loop. He is describing, with wry and amiable humour, his intentions for the artwork. The volume and booming resonance of the film in this space makes it hard to do anything but listen or leave. His voice drives you up the corridor towards the gallery and into the arms of his work.

It’s not just in the present that artists keep talking about their own work; their words are filling up the past as well. In the last year or so hours and hours of video footage have surfaced from the Tate’s digital archive. You can watch artists from the Nineties, Eighties or Seventies persuade you of the ideal conceptual position from which to experience their work.

Airing artists’ opinions about their own work is supposed to be a way in. It’s the gallery’s way of connecting us to the art. Yet there’s something mean-spirited about it. Neither the artwork nor the gallery visitor is given space. The persistent proximity of the artist’s voice prevents the artwork from settling in the physical form that the artist has made; it remains more of an invocation than a physical presence. It hovers somewhere between intention and execution, somewhere between the artist’s body and the body of the artist’s work.

This nebulous situation resolves, temporarily, in response to the visitor. At the moment when the visitor begins to form an opinion about or a relationship with the artwork, the artist’s words billow and swirl, and like a genie returning to its bottle, rush back into the artwork, claiming it definitively.

Restraint from both the artist and the gallery would allow the artwork itself to resonate, to grow into its meaning within the public gaze. It would shift the site of aesthetic meaning from the private acts of the artist in the splendid isolation of their studio, to, in Grant Kester’s words ‘a social and discursive realm of shared experience [and] dialogue’.

Lawrence is an artist and writer. He works as half of the collaborative artist duo Townley and Bradby making interventions, performance works and artists' books.

Townley and Bradby on Axisweb >

Attractive and malleable: DIY art education in the UK by Lawrence Bradby >

The views expressed in The Rant are those of Lawrence Bradby and forum contributors and unless specifically stated are not those of Axisweb. See our terms and conditions