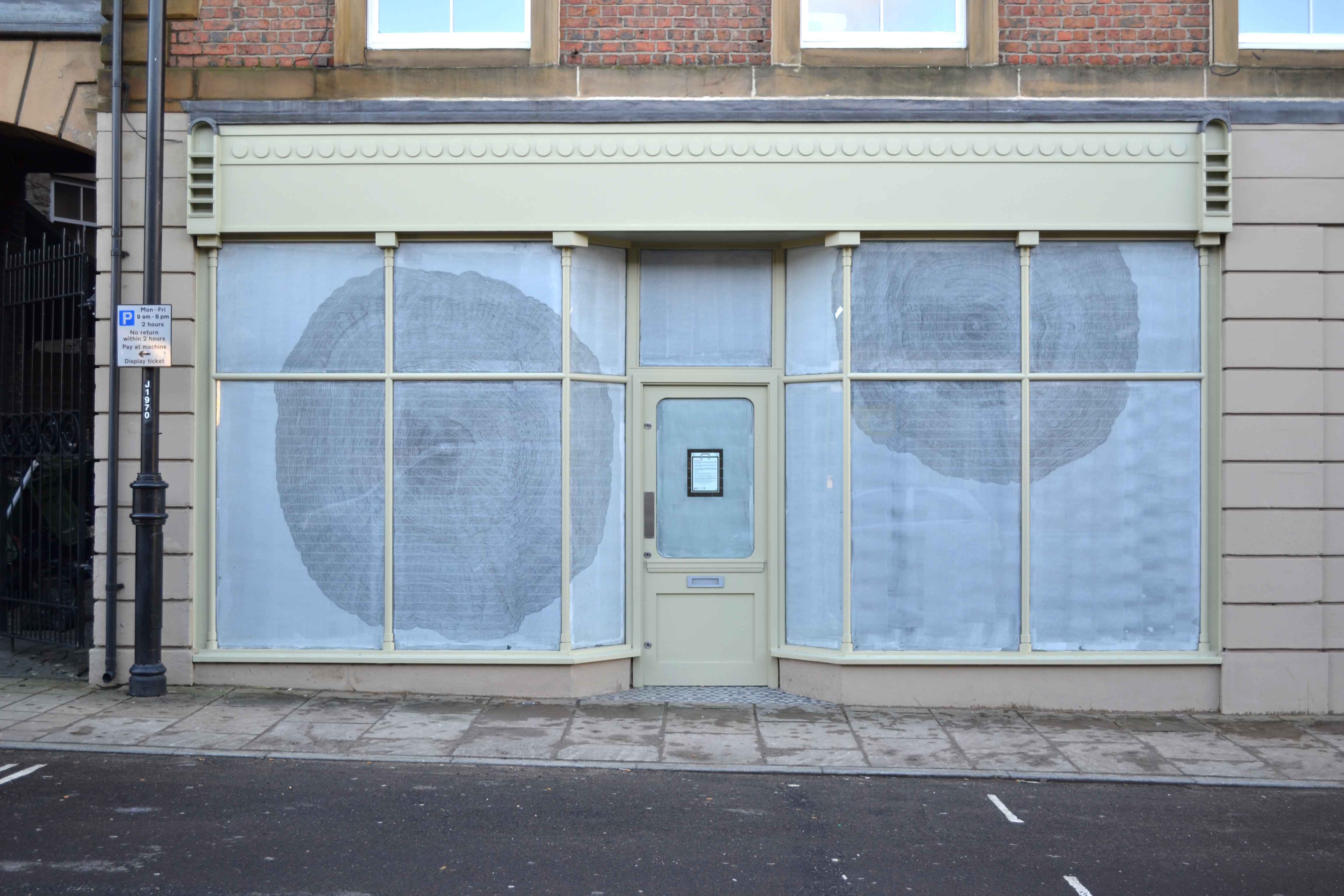 Should the pop-up gallery be a sustainable structure, or are transience and failure the nature of its format? Writer Joanne Laws examines the possibilities of the pop-up art gallery at a time when pop-up protests across the world are using collective action to oppose the narrow definition of success proposed by global capitalism.

The term ‘pop-up gallery’ describes the artistic occupation of disused buildings, for the purpose of installing/exhibiting artwork.

In these recessionary times, many commercial galleries are closing, while artist-led initiatives are springing up across the country, operating outside of the mainstream model, making use of premises left vacant by the collapse of the property market.

For me, the pop-up gallery, while signifying a renewed interest in the D.I.Y ethic, also occupies an uncomfortable position in the relationship between artist-led activity, and commercial or corporate gain from such endeavour.

We know that the historical cycle of urban renewal, using artistic appeal as a selling point for property developers, will probably be repeated. The high street has already jumped on the pop-up bandwagon, promoting pop-up retail spaces as an on-trend business model.

Collective practice generally defines itself via self-organisation and self-sufficiency, in opposition to the competitive, and increasingly exploitable individual, existing under capitalism.

Binary terms like ‘success’ and ‘failure’ are not easily defined in a globalised, post 9/11 context. Current definitions of ‘success’ are synonymous with commercial viability, longevity, and productivity with a continuous upward trajectory. Failure, as seen in an impermanent collective artistic model, is not an option in traditional capitalist structures: it is threatening and alarming.

This opportunity of disruptive failure through impermanence supports my argument that the pop-up gallery should not be a prolonged effort, but a spontaneous, raw, and proactive space, passing quickly into and out of existence, avoiding attempts to own, occupy or endorse it.

For artists, pop-ups should operate out of a sense of immediacy, functioning as transitory testing grounds for learning, not fashionable hang-outs for those seeking a piece of the ‘successful’ collective pie.

Contributed by Joanne Laws
Joanne is a critical writer based in the west of Ireland. She is a regular contributor to the The Visual Artist's News Sheet as a reporter and exhibition reviewer.

The views expressed in The Rant are those of Joanne Laws and forum contributors and unless specifically stated are not those of Axisweb. See our terms and conditions