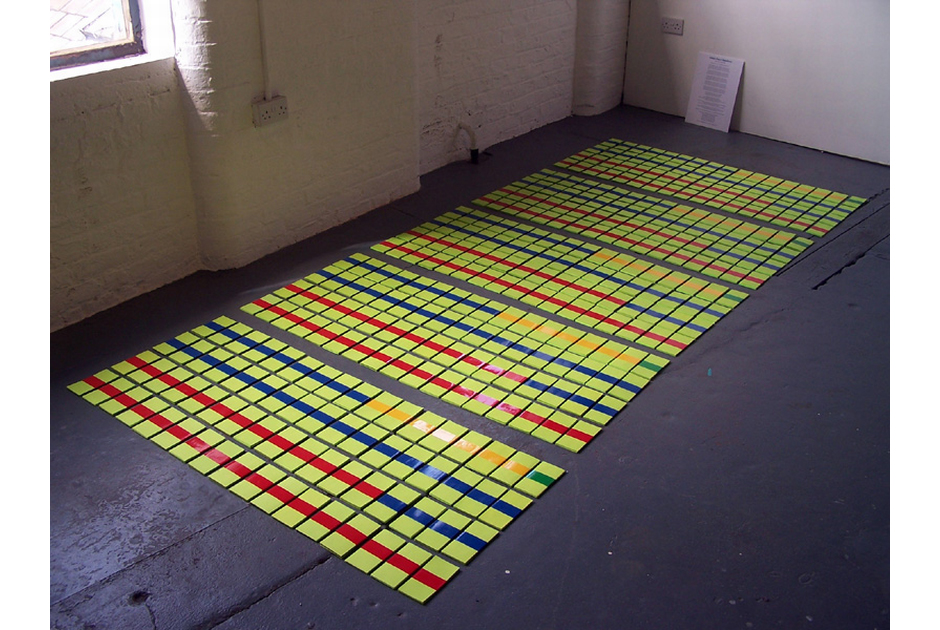 Lawrence Bradby delves deep into the political quagmire that is the upcoming general election and asks who will artists be voting for this time? Traditionally a left leaning bunch, will artists find solace in New Labour or will the entrepreneurship and financial pressures of being self-employed drive artists to the right?

Electioneering’s all around us. Politicians are asking us to decide who we can trust, really trust, to make things better.

For some artists this translates into a clearly stated antipathy to the Tories.
The website www.makeamark.org.uk (covered in the current issue of Art Monthly) presents political posters, by artists including Liam Gillick, Richard Wentworth and Mark Wallinger, to ‘SHARE/DOWNLOAD/PRINT’. Some posters criticise the Tories, some speak for the values of Labour (though not necessarily the values of New Labour).

Even for those not wishing to state their party colours, the currents in contemporary visual art over the last decade imply a certain shade of politics. Two of these currents are: urban space and the public realm, and DIY utopias and alternate belief systems.

These currents find expression in numerous works. The popularity of pavilions, outdoor stages and other temporary public structures is one manifestation. Recent examples include N55’s Walking House at Wysing Arts Centre, Atelier Bow Wow’s Rockscape at the Liverpool Biennial, the Portavilion project in London parks, Nils Norman’s Kite Kiosk at the Folkestone Triennial and Heather and Ivan Morison’s house-truck Tales of Time and Space. These projects point to a constellation of shared beliefs about how the public realm could operate and about the responsibility of the individual towards the wider group.

Yet at the same time as presenting these projects about building a better a society, artists’ day-to-day working processes are focused on the individual. As freelancers, most artists have their eye on the next job. The flow of commissions, residencies, and lecture invitations relies on being picked ahead of someone else. And this is more likely if you’re a familiar name, if you’re there at the openings, the symposiums and the parties. It seems, in fact, very much the way businessmen operate, spending time at the Rotary Club, drawing on the connections, clinching the deal. Anthropologically speaking, it appears that artists operate more like Thatcherite individualists.

Come May 6th, as artists, whichever way we vote it won’t resolve this tension between the ideas we believe in and the way that we do business.

Lawrence Bradby is an artist and writer. He works as half of the collaborative artist duo Townley and Bradby making interventions, performance walks and artists' books.

The views expressed in The Rant are those of Lawrence Bradby and forum contributors and unless specifically stated are not those of Axisweb. See our terms and conditions