Barnaby Artists in Conversation: A new art scene for Macclesfield? 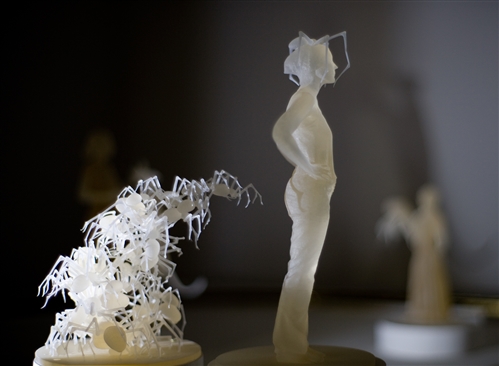 Content Curator Liz Cookson on the stirrings of a new contemporary art scene in Macclesfield.

Macclesfield, set in the foothills of the Pennines in the North West of England, is a small town known culturally for its silk production in the 19th century, and, more recently for its indigenous music scene: Joy Division, New Order, Marion (and the Hot Bananas) were all born and bred there.

It’s not far from Manchester and is on the mainline train route to London and Edinburgh. Famous musicians ‘retire’ to the surrounding hills when they’ve had enough of London, and artists make and sell their drawings, prints, paintings and textiles in local galleries. It’s surprising, then, that Macclesfield, unlike its smaller neighbour, Bollington, has never had its own bone fide art space to speak of.

The recent ‘In Conversation’ event in Macclesfield was held to mark the end of the 2013 Barnaby Festival which presented a vast and eclectic exhibition where art turned up in unexpected places across the town. The ‘conversation’ became a call to action to build on the success of this event and to work towards establishing not only a future art scene for Macclesfield, but to consider the possibility of a permanent venue for contemporary art. 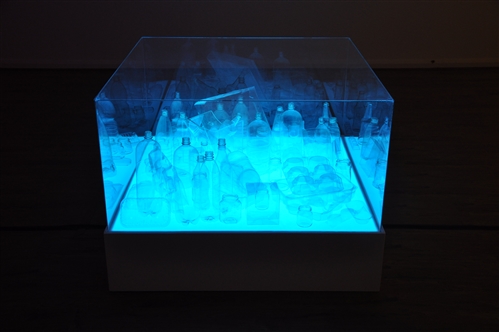 All three installations were spectacular and engaging in different ways: Brass Art’s melancholic inflatable winged heads, 'The Air Which Held Them', installed in Christ Church, a disused Methodist church, inflated and deflated as if on life support; Liz West’s 'Consumed', installed in a disused shop unit in a busy shopping centre, comprised discarded transparent bottles and arranged to resemble city-scapes in light-flooded vitrines; and Rachel Goodyear’s curious installation of small pencil drawings featuring eyeless human/animals, 'Thought Spill', was installed opposite a dark, foreboding wooden door in a small room in the 18th-century home of Macclesfield industrialist, Charles Roe.

Continuing the conversation, and rallied by tea and cake, the audience members discussed their aspirations for Macclesfield as a place where artists would choose to live, produce art and exhibit their work.

The need for more studio spaces and access to production facilities emerged, and suggestions were made about how to take the success of the Barnaby exhibitions forward. We talked about the inaccurate perceptions of Macclesfield as both twee and grim – yet those of us who live there know what a gem it really is! – and how future exhibitions curated in the town should be ambitious and have an appeal beyond the local. It was also noted how the individual’s encounter with the artwork in these public spaces was a vital component of the experience, and worth hanging on to in terms of programming future art exhibitions in Macclesfield.

Finally, it was suggested that in the short term, and to take things one step forward, artists consider the idea of establishing a collective comprised of artists of all ages and at different stages, to share knowledge, offer support, find kindred spirits and connect with other artists across the UK, working towards a foundation from which an art scene can flourish.