Home Archive Alec Clegg and the case for arts education

Alec Clegg and the case for arts education 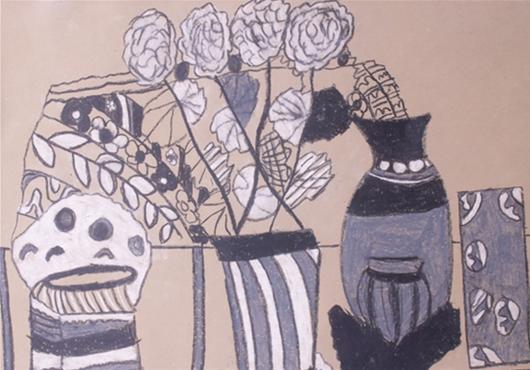 Ahead of the engage and Art Party conferences, Sheila McGregor ponders the legacy of Sir Alec Clegg - post-war pioneer of arts education

I recently embarked on a good spring-clean of my files and book shelves at home. My main task was to thin out the serried ranks of policy and evaluation reports that accumulated during a period of freelance employment in the early to late 2000s – the high watermark of the last Labour government’s investment in the arts and creative education.

What rapidly became apparent was the extent of our collective fixation on evaluation and advocacy. ‘Key findings’, ‘case studies’, ‘data’ and ‘recommendations’ were the order of the day, invariably marshalled into bullet point lists and replete with self-congratulatory assertions about the positive impact of our programmes. Oh, and don’t forget the obligatory pictures of cheerful-looking people taking part in arts and educational activities.

This no doubt makes me sound cynical, which on the whole I’m not. But a number of thoughts came to mind as I heaved all those glossy reports and weighty policy documents into black bin-liners.

First of all, evaluation is rarely honest, for the aim is invariably to prove that expenditure has been worthwhile and that further investment should follow. Secondly, it seemed sad in retrospect that self-justification had become a way of life for people working in education and the arts, even under a government broadly sympathetic to our cause and in a funding climate so very different from where we find ourselves today.

The Treasury needs facts and figures, we were told, because policy must be informed by evidence. The effect was to turn us into mechanistic box-tickers, obsessed with ‘objectives’, ‘performance indicators’ and ‘outcomes’ – all designed to prove benefits that have been tacitly known and understood by generations of people involved with arts education.

Among my papers I stumbled upon a leaflet about Sir Alec Clegg, the late, great Chief Education Officer for the West Riding of Yorkshire, whose benevolent 30-year régime (in the days when people actually stayed put in such positions) ended with his retirement in 1974 and the reorganisation of local government by Michael Heseltine.

Under Clegg, schools in Yorkshire - from the smallest rural primary to the largest urban secondary - became places where the creativity of children and young people flourished. Children’s artwork and other material relating to his work in West Yorkshire have been preserved in the National Arts Education Archive at Bretton Hall in the Yorkshire Sculpture Park.

“When we over-emphasise the spirit and personality of the child,” Clegg wryly acknowledged, “the cure is alleged to be more rote-learning, more distilled techniques, more obedience and more authority. When we eventually become too rigid the cure is more self-expression and more ‘finding out’. And so the pendulum swings and the swinging must be as old as education itself.”

He understood better than anyone the whims and pressures of intellectual fashion and political ideology, but showed by his own conviction and staying-power what enlightened, long-term educational leadership can achieve.

Clegg would surely have supported The Art Party Conference in Scarborough on 23 November, which will debate the future of arts education and lobby for a shift in education policy.

On the other hand he might have been dismayed, if not entirely surprised, to discover that in 2013 we need to start making the case all over again.

Axisweb at The Art Party Conference

Our coverage of the engage conference 2013

Extraordinary change: what kind of change do we want? Why thinking internationally and acting locally matters for artists and educators, by Liz Ellis