Home Archive Finding your feet is easier if someone gives yo...

Finding your feet is easier if someone gives you a hand 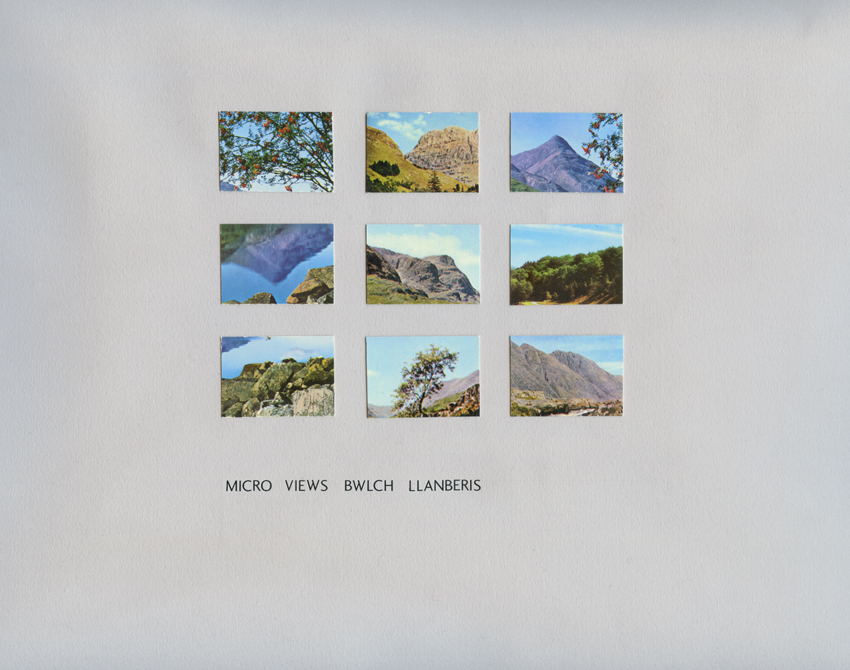 Freddy Griffiths, from Illustrated Regional Guides to Scotland and Wales, 2014

Our Associate in Wales, Alicia Miller, discusses some of the inspiring programmes that are supporting emerging artists in Wales

A couple weeks ago, I went to Turner House to see At Home He's a Tourist, part of Ffotogallery's Wish You Were Here 2014. It's a series of short exhibitions that Ffotogallery organises every three years to showcase emerging talent in lens-based media here in Wales. For an established gallery to show work by emerging artists is an important form of support for those developing their work and career. It is this independent validation by a respected curator, gallery space or commissioning organisation that makes the proverbial art world go round. It's a critical first step into the professional world for early career artists.

One of the artists in At Home He's a Tourist was Freddy Griffiths. I've known Freddy's work since I saw it at his MA show in 2012 at Swansea Met. I got to know Freddy when he was selected for Axisweb's Out and Beyond programme, which supported five recent graduates from MA programmes in Wales in the development of their practice during that critical year after graduation, where you come out of the somewhat cloistered academic community and into the wider contemporary art world. Out and Beyond paired these artists – also including Phil Lambert, Shaun James, Ian Wilkins and Megan Wyatt – with curators from arts organisations across Wales for one-to-one mentoring and general advice about the art world and how it works. We also took the participants to the Liverpool Biennial and up to London to see a range of commercial galleries and meet some of the people involved in them. And we ran two peer critique sessions with independent curator Gill Hedley, who proved invaluable with advice on artist residencies and gallery contacts.

Freddy worked with David Drake and Helen Warburton at Ffotogallery. His year after graduation was not an easy one in terms of practice. He moved to Nottingham and began working at the Djanogly Art Gallery, but continued to spend time in Swansea, where he is from. He wasn't sure where he was going with his photography and whether he would continue to work in the medium he'd done his MA in. Participating in Wish You Were Here gave a clear impetus – something to work towards – and conversations with Helen Warburton helped hone his thinking around the work. What he produced clearly marked a new direction for Freddy, while still being underpinned by his sophisticated engagement in questions of representation in photography. The work is lucid and thoughtful. Pulling apart a series of 'Illustrated Regional Guides to Scotland and Wales', he unravels its representations of place and invites us to contemplate its construction. The photographs of photographs are a kind of mirror window on the real, reflecting back on us an image of what we think we see.

Supporting the work of early career artists is usually left to artist collectives and small-scale local spaces and they do important work to bring attention to unknown artists. But there is a role for mid-scale and more established organisations to play in recognising and supporting artists at an early stage of their development. Wales is really fortunate to have a number of galleries throughout the country that give space to emerging artists – Mostyn's Gallery 6, Oriel Davies's Test Bed space, Mission Gallery's the […] space, among others. The Arts Council of Wales's new draft strategy, Inspire..., continues to directly support artists' practice through the Creative Wales awards and small and large grants for R&D and training.

Supporting early career artists demands some brave new thinking. Creating a new 'Early Career' membership at Axisweb was part of recognising the benefit of an Axisweb profile to artists in the final year of university or just graduating, and making it really affordable (just £15 a year) was critical. There are now two artist resource programmes in Wales, which early career artists can make use of – g39's long established programme WARP and the just starting up PrawN in Wrexham, initiated by Jemma Bailey and James Harper. Artists are at the centre of both programmes, each of which offers mentoring and advice and opens up critical exchange between artists, emerging and established. Artists work hard enough to make their work and get it seen – giving them just a little leg up at the start goes a long way.

On a closing note, a big congrats to Sean Edwards for winning the Gold Medal for Fine Art at the Eistedffod this year with his film Maelfa. Sean, who runs WARP, has been active for years working to support artists in Wales by developing a creative range of artist professional development programming. He is definitely outside his box in his extraordinarily creative and rich artistic practice and this carries over into his work at WARP. He's also a great example of how our home-grown networks of support can nurture and develop an artist's career – he was a recipient of a 2010–11 Creative Wales Award and has shown widely in Wales as well as throughout the UK and internationally. I reckon we'll be seeing him in Venice in the not too distant future.