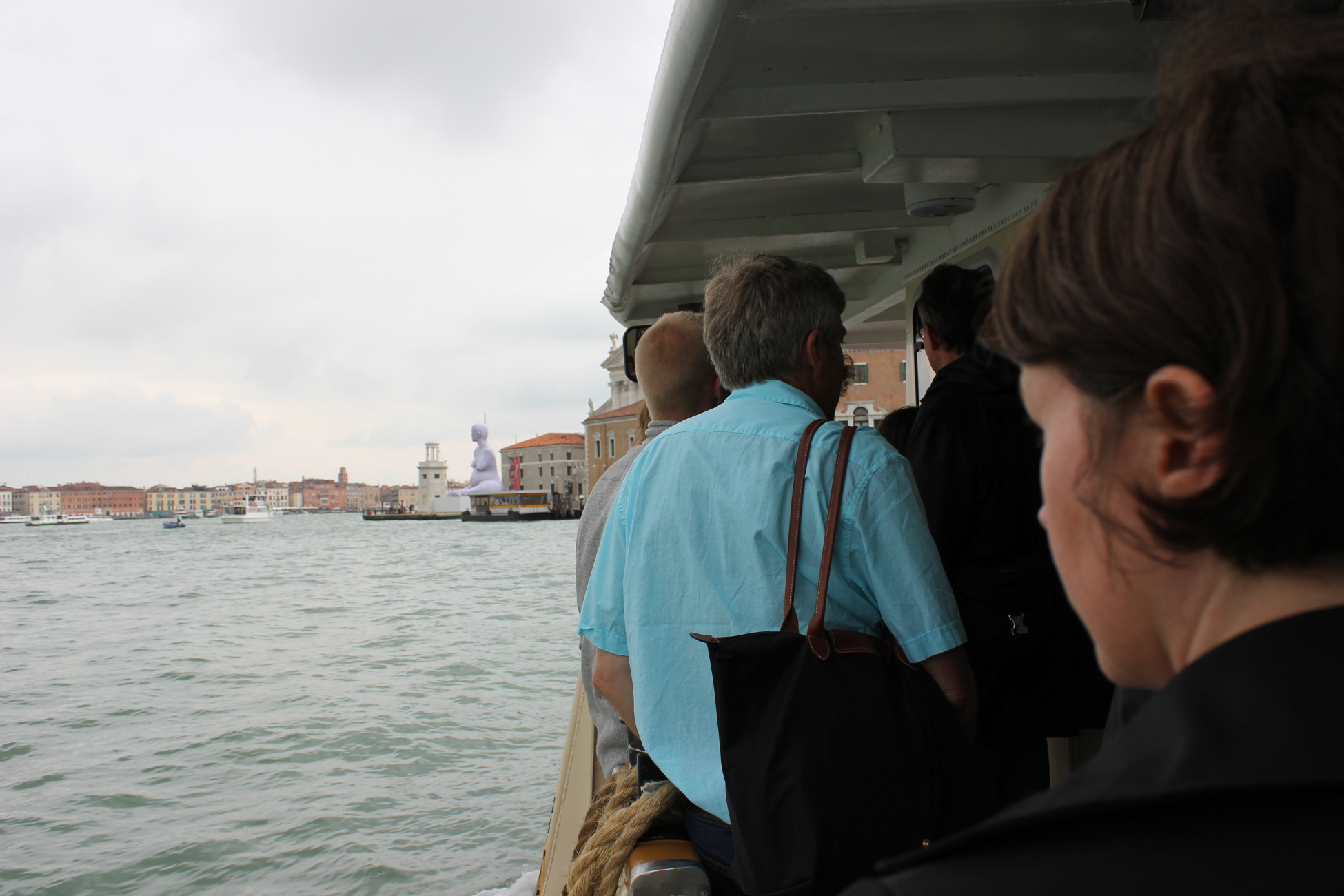 Axisweb's Content Curator Liz Cookson writes a personal account from the preview days of the 55th Venice Biennale. Take a look at her highlights and find out what you should make a beeline to see this year.

I was lucky enough to go to the 55th Venice Biennale during the preview days, along with Axisweb’s Ruth (Media Producer) and Lesley (Content Curator).

I did warn everyone that I have a history of taking bad weather with me wherever I roam, and this trip was no exception (it wasn’t all bad though; we toughed it out).

We had teamed up with Artquest and engage to organise the Artists’ Pavilion on Via Garibaldi, located wonderfully near to the Giardini, one of the two main exhibition locations.

Alongside hanging out with artists, curators and passers-by, drinking coffee and Campari Spritzers, swapping recommendations of what to see and stories of who we’ve seen, we provided a much-needed service: we allowed people to give us their Venice Confessions . . . 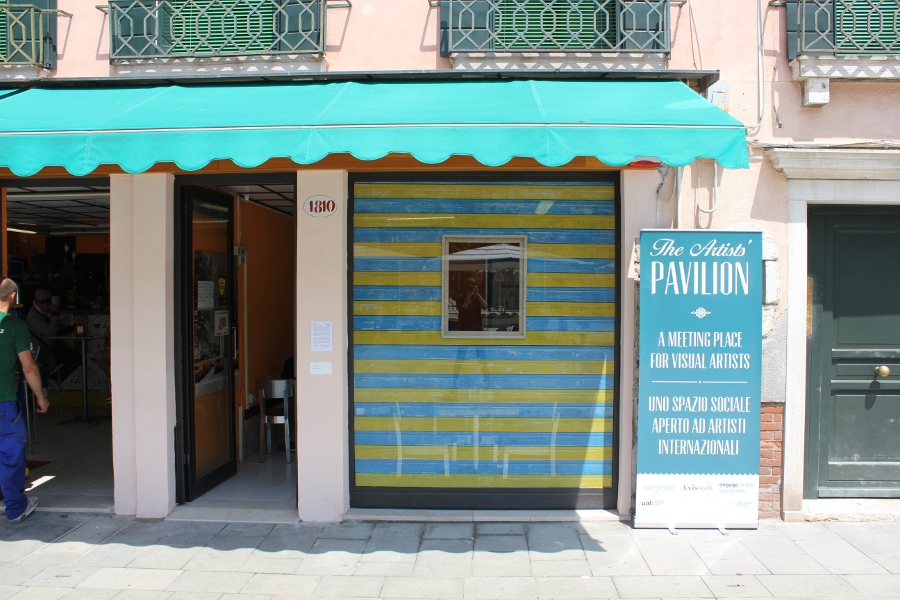 The backdrop to the Artists’ Pavilion was a beautifully effective window artwork created by Erica Donovan which, from the outside, transformed the window into a typically English beach hut, yet from the inside was invisible. For us, it was the Magic Window.

The main exhibition – The Encyclopaedic Palace, curated by Massimiliano Gioni – is spread over two sites, at the central Italian pavilion in the Giardini and in the vast Arsenale, nearby.

It features self-taught and outsider artists alongside the usual suspects and, interestingly, acknowledges the influence of Carl Jung and his theory of the collective unconscious on 20th and 21st century art practice.

There seemed to be very few paintings in the Arsenale exhibition, unlike the 51st Venice Biennale which I attended in 2005, yet plenty of 16mm film and digital video installations, gargantuan sculptures and finely-detailed drawings. Certain words recurred in the text panels throughout the exhibition: metamorphosis, hyper-reality, obsession, phantasmagorical, slap dash, post-internet perception.

There are so many artworks to see that it is truly overwhelming. However, both exhibitions are beautifully curated, with each piece forming some kind of resonance or affinity with the next. 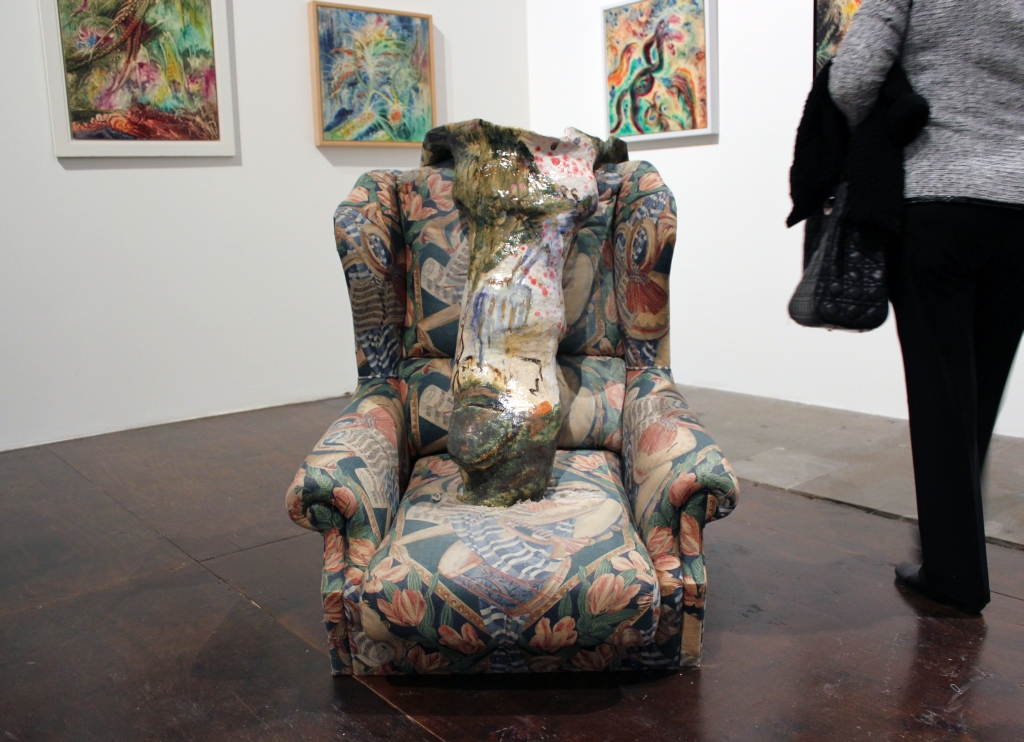 The works which remain with me are:

It was also great to come across the work of some UK artists: Helen Marten (born 1985, Macclesfield), who makes elaborate sculptures and video installations, using CGI animation; and James Richards (born 1983, Cardiff), whose films focus on the palpability of surfaces and suggest the role of haptic perception in our interaction with images, in this 'post-internet age'. Highlights from the official Giardini pavilions and collateral pavilions include:

Jeremy Deller’s ‘English Magic’ exhibition at the British Pavilion, which is very Deller, reflecting the weirdness of Britain, its people, folklore, myths and political history.

Infiltrating my viewing (and staying with me for days to come) was the sound of a South London steel band playing the 90s rave classic ‘Voodoo Ray’ by A Guy Called Gerald. If this doesn’t raise the spirits, then nothing will! 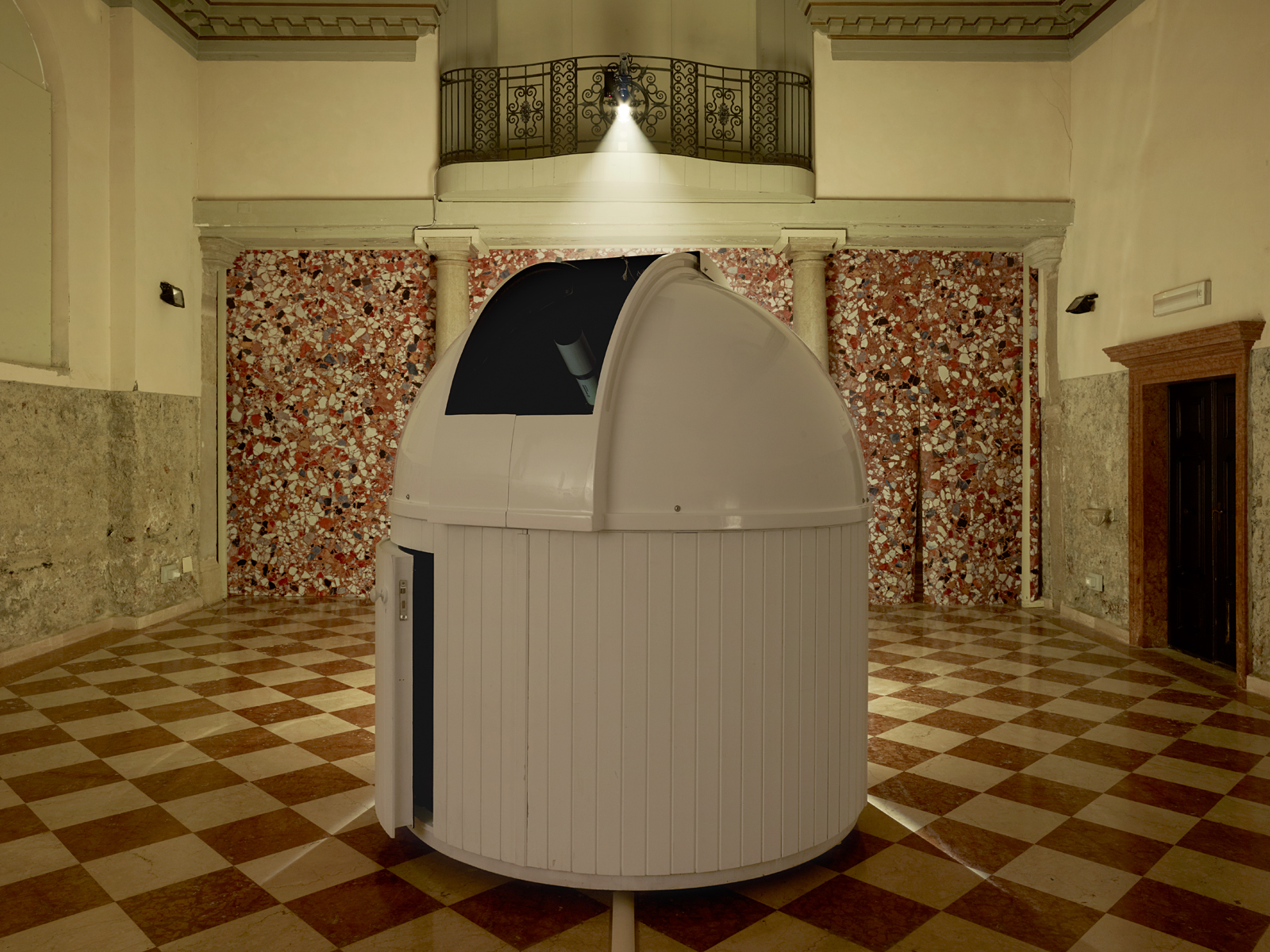 Bedwyr Williams’s The Starry Messenger at the Wales Pavilion is both sombre and slightly bonkers.

It is presented in a series of rooms at Santa Maria Ausiliatrice (Ludoteca), beginning with a model astronomical observatory sitting on the terrazzo tiles, the sound of night-time bird song and the harrowing sobbing of a middle-aged man. A fragment of the same terrazzo tiles reappears in various forms throughout the installation (repeat printed on the gauze curtain, and in the film, both as wallpaper and the fragments which make up the artist’s crumbling face). It’s funny, a little bit scary and a must-see. 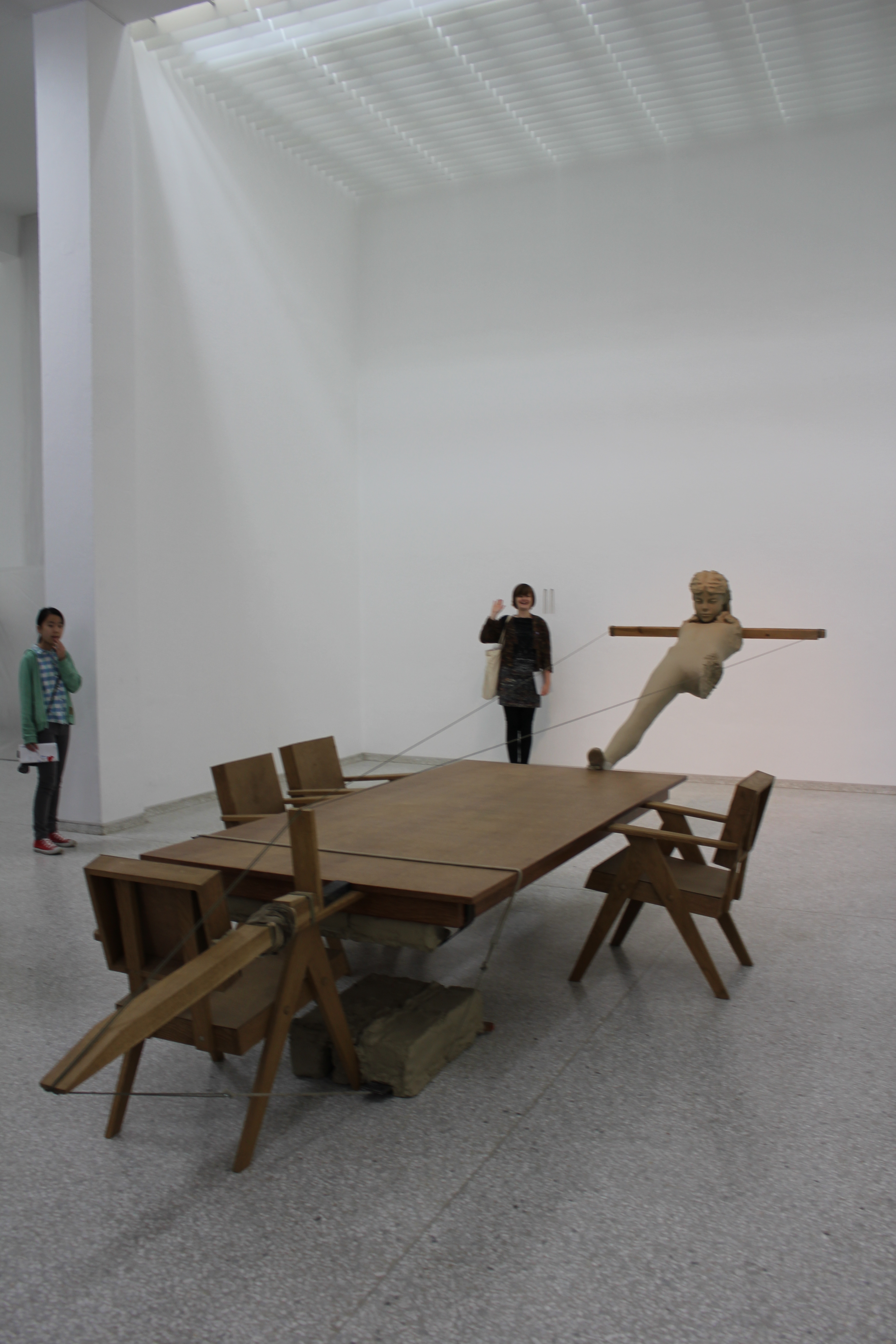 Mark Manders’s ‘Room with Broken Sentence’ for the Dutch Pavilion is a sculptural assemblage of tables, chairs, clay portraits, both small and large scale, which have immense visual appeal and a rough-edged arte-povera aesthetic.

I liked the smell of the raw materials in Lara Almarcegui’s installation in the Spanish Pavilion and I felt calm and centred at Inside/Outside, the Brazil Pavilion, which displays some beautiful pieces by Lygia Clark and Max Bill, two artists associated with Brazil’s modernist movement, alongside some fantastic collages and sculptures by emerging Brazilian artists Hélio Fervenza(b.1963) and Odires Mlászho (b.1960). 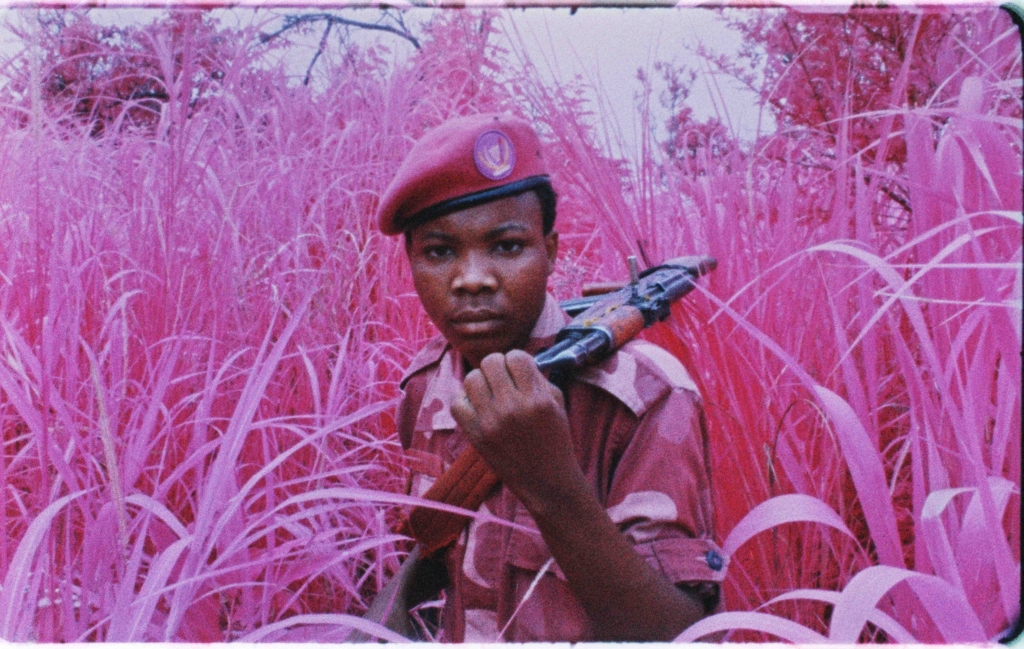 The Ireland Pavilion is both profoundly beautiful and viscerally disturbing. Richard Mosse’s ‘The Enclave’, comprised of large-scale colour photographs and a six-screen film installation, is set in the Eastern Congo and is at the juncture of war photography and art. Using the ‘invisible light’ of a discontinued military surveillance infrared film, it renders the lush green landscape in beautiful, vibrant hues of pink and lavender, further enhancing the horror of what is actually going on there.

When in Venice, I like to discard the art map and allow serendipitous encounters, with both the unofficial collateral pavilions, and people, to flow. So, go on, go!