2013 was a difficult year for some contemporary art organisations in the South West, but it isn’t all doom and gloom, as Julie McCalden reports.

From the closure of established arts organisations to the freezing of Discretionary Business Rates Relief (DBRR), recent times have been challenging for the contemporary arts across the UK. And the South West is no exception.

Austerity took its first victim in February with The Brewhouse Theatre and Arts Centre in Taunton going into administration. Other organisations for which The Brewhouse hosted accounts, including Visual Arts South West (VASW),  were also adversely affected. Devon-based Aune Head Arts, an organisation dedicated to working with rural people and places, followed suit in May; and their neighbour, Appledore Arts, the first UK annual arts festival, announced their closure in December. Artist-led project The Parlour Showrooms ran a spirited, but ultimately unsuccessful, campaign to turn their Bristol Council-owned property into a community asset. Instead the council will sell the property to the highest bidder in a trend mirrored across the country.

The most immediate threat to the arts ecology has been the freeze on DBRR, resulting in a dearth of activity and limited opportunities for artists. In Plymouth the respected artist-led project KARST found itself whacked with a £10,500 bill (plus a £3,000 service charge) and is currently in the process of becoming a charity to qualify for future relief. In Bristol almost every venue-based, artist-led project has come to an end or lost their venue, including The Motorcycle Showrooms and Bristol Diving School.

Dismayingly no new spaces have emerged in a genuinely artist-led way. Even Detroit, the project selected for a funded initiative from Spike Island, http://www.spikeisland.org.uk/ has suffered setbacks in securing a space but is now offering some hope in the form of a two-month programme. 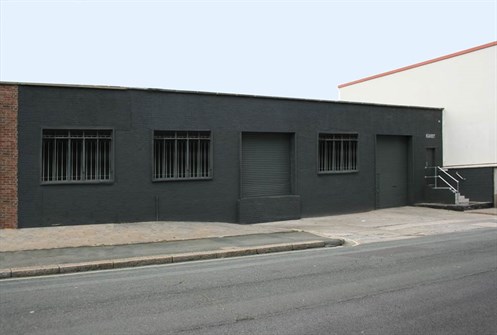 In Stroud, Gloucestershire, Stroud Valleys Art Space (SVA) has been working with artists, landlords and property agents to set up 30 empty property spaces since 2007, using Meanwhile Leases since their introduction in 2009. Where DBRR freezes have taken effect, the problem has been a lack of bargaining power for artists to negotiate with landlords or in finding a registered charity (still eligible for 80% relief) willing to take on the lease, à la SVA.

The freeze in Bristol ends in January 2014, with new organisations able to apply to the City Council, albeit for a smaller pot of money.

Many deserving projects with quality track records have not received Grants for the Arts funding from Arts Council England, an effect of the government’s cuts. It’s also the reason we’ve seen the rise and rise of crowd funding. Bristol’s A-Peg and Hand-in-Glove, as well as Plymouth’s Nom-de-Strip arts journal, all ran successful bids and, like the disappearance of free or cheap drinks at a preview, this is a trend that’s bound to continue.

One positive side of the downturn is that we are becoming a tighter network. VASW (full disclosure; I work for them) is an organisation that strengthens and enables the visual arts network via its activities, commissioned research and website, which maps organisations and artist-led projects from Back Lane West in Cornwall, to The Toolshed and OSR Projects in Somerset. The network is becoming galvanised and we are more informed and more aware than ever before of each other and the wider sector. This must be a step in the right direction as we try our best to navigate the ever- changing landscape. 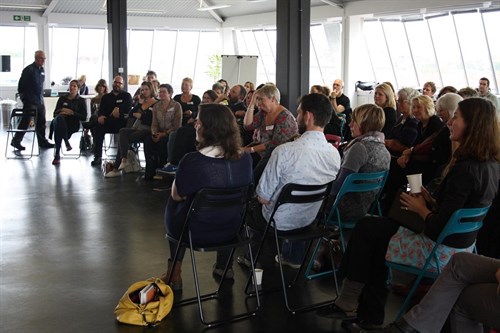 'Should there be a biennial for the South West?', Open Space Event, 2012, Arnolfini, Bristol. Courtesy of VASW

We are adopting co-ordinated approaches like Open Space events to discuss and overcome our difficulties. VASW commissioned a feasibility study for a regional event of international significance after one such discussion. Ultimately, however, the sprawling geography of the region proved too challenging. So we will focus instead on building on the many existing events in the region, such as the b-side multi-media festival in Dorset, Site Festival in Gloucestershire, and the In Between Time Festival in Bristol.

Despite austerity, there have been some great events like the Resonant Terrains Symposium in Portland and good opportunities for selected artists such as The Cornwall Workshop and the Works|Projects’ Regional Interference. However, where applications that cost money are concerned, artists are weighing up the likelihood of being selected against the price, the tendencies of those on the selection panel and, in some cases, the credibility of what’s on offer.

Will 2014 prove to be a more fruitful year? We are yet to see the full impact of the cuts, but we certainly have a stronger network with which to tackle them. Organisations like Bristol-based Situations are reaching out to sustain and develop the ecology with initiatives like the future Bristol Art-Map. This type of co-ordinated approach and the reinstatement of DBRR, coupled with a stronger justification and campaign for increased funding, are what we need for a stronger, more vibrant, reinvigorated scene that offers more opportunities for artists.

Julie McCalden is an artist and occasional curator who recently graduated with an MA Fine Art from the University of the West of England. She was Director of the artist-led space Motorcade/FlashParade, from 2011 - 2012, where she received Grants for the Arts funding for an exhibitions and events programme. She has also received a Turning Point South West curatorial bursary, Bristol City Council's Creative Seed Fund, The Reid Trust and Sir Richard Stapely Trust grants as well as The Collects’ Spoon Fed micro funding scheme. McCalden is a member of Girl Gang and Spike Associates, Bristol. She is the Online Editor at Visual Arts South West and an Associate Lecturer of Visual Culture at the University of the West of England.