Home Archive The Influencers: Karen MacKinnon, Director of A... 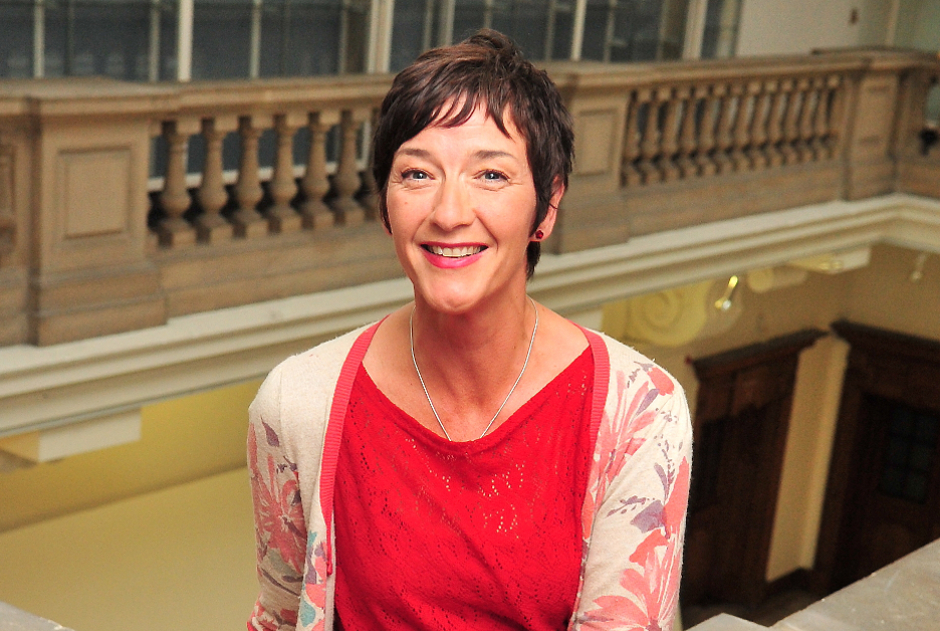 Sheila McGregor: First of all, why the Latin name?

Karen MacKinnon: Our first Chair, William Wilkins, wanted to signify that this was an international, outward-looking prize that would connect Wales with the wider world. And it was helpful that the name (meaning ‘arts of the world’) was neither English nor Welsh. Perhaps it also conveyed a certain gravitas.

SM: Artes Mundi has an explicit focus on social and political art. Tell us more.

KM: The focus on ‘the human condition’ came from William Wilkins himself. What I really like about the theme is that it’s something everyone can immediately connect with. They can go into an exhibition by any of the artists in Artes Mundi with that in mind and relate what they see back to their own personal experience.

Of course ‘socially engaged’ practice has become an increasingly dominant way of working. But for me the broader idea of art and politics has always been important. My background is in art history and I’ve always been interested in the way that art is used by or can speak outside the institution.

Artists explore political ideas in such different ways, whether it’s someone like the Portugese artist Carlos Bunga, whose installations are gallery-based and examine the cultural or political significance of the museum as an institution; or else someone like Theaster Gates, who has created his own ecological system in Dorchester (Chicago) by making new work from salvaged materials and using the money he makes from selling this work to renovate abandoned buildings.

SM:Many people, including artists, have mixed feelings about prizes. What would you say to them?

KM: When I took up my job, we were invited to a discussion at g39 about the role of prizes. Most of the audience were young people and none of them had a problem with it. If you can have the Booker Prize or awards for being a really great citizen, why can’t we recognise artists?

I’d be the first to say that prizes are not the be-all and end-all. But I think it’s important that we reward artists in the same way as people in other art forms. 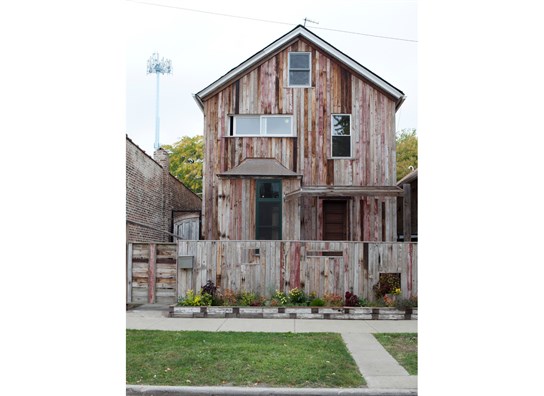 SM: How is Artes Mundi evolving?

KM: There are more artists this year. And we’re working again with Chapter and have a new partnership with Ffotogallery. So you’ll see more of each artist’s work.

We’ve also shifted the focus away from the prize itself by working with partner organisations to run projects in other parts of Wales. People often ask me ‘What’s the model?’ and you could say we’re trying to grow our own.

For example, we co-commissioned with Mostyn the exhibition Divine Violence by Broomberg and Chanarin. And in August we co-commisioned Bedwyr Williams’s Traw with 14:18 NOW. This was a video and sound installation at the site of the North Wales Memorial Arch in Bangor, which involved the projection of images of the many thousands of north Welsh servicemen who lost their lives in the First World War.

SM:There’s a backlash from artists in some places against the dominance of international artists in public exhibition programmes. Does that apply in Cardiff too?

KM: For me it’s about looking at the whole landscape. And of course that’s changing all the time. What we’d really like to do over the next two years is work with artists from other countries on longer-term projects which create relationships, friendships, partnerships and opportunities here in Wales.

You could describe what we’re creating as a rhizome that’s beginning to show in other ways across the landscape. I would ask why we always raise this question about the funding of international art? We’d never argue that famous rock bands, orchestras and dance companies are detrimental to the local arts scene in our cities. 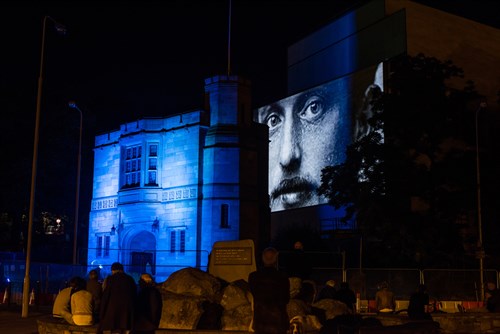 SM: You’re the first Welsh director of Artes Mundi. Does it make a difference that you had already worked in Wales?

KM: Well, yes, I pretty much know everyone and I’m well aware of all the conversations and possible criticisms. But I try not to think about it much. The main thing is that I have a passion for this particular place, at this particular moment.

SM: What are the exciting developments on the horizon in Wales?

KM: Gosh, it’s difficult to single out particular artists or galleries, without leaving people out. Of course Cardiff Contemporary is really exciting, because we’re all working so well together. Places like Chapter, Mostyn and g39 are always amazing. And the refurbished Glyn Vivian is something to watch out for next year. In the meantime they have a great off-site programme.

I hope that this big shift, especially in Cardiff, attracts the attention of the UK press. David Anderson, director of the National Museum, has been leading the campaign to get more media attention.

And it seems to be working - we’ve got exclusives in the Guardian, a partnership with Art Review and Wales’s own CCQ magazine, along with local press featuring Artes Mundi 6, it’s all really exciting!

SM: Tell me about your background and how you got into the art world.

KM: I left school at 16 and did loads of different jobs. I come from a very working-class background, so I understand why people feel alienated from art.

But when I was 22, I travelled in a van across Europe and North Africa and it was life-changing: all I did was read and visit art galleries. How amazing that was!

I went on to do a degree in Art History with Philosophy and English Literature, followed by an MA in Feminism and the Visual Arts at Leeds University under Griselda Pollock.

When I was 30, I became the visual arts programmer at Chapter and then moved to the Glyn Vivian Art Gallery in Swansea, and in 2005 I curated the Welsh show for the Venice Biennale.

I took up the post of director of Artes Mundi in 2013 and here I am.

This year’s shortlist was selected from over 800 nominations by Adam Budak, Director of Collections and Exhibitions at the National Gallery of Art, Prague, and Sabine Schaschl, director of Museum Haus Konstruktiv.