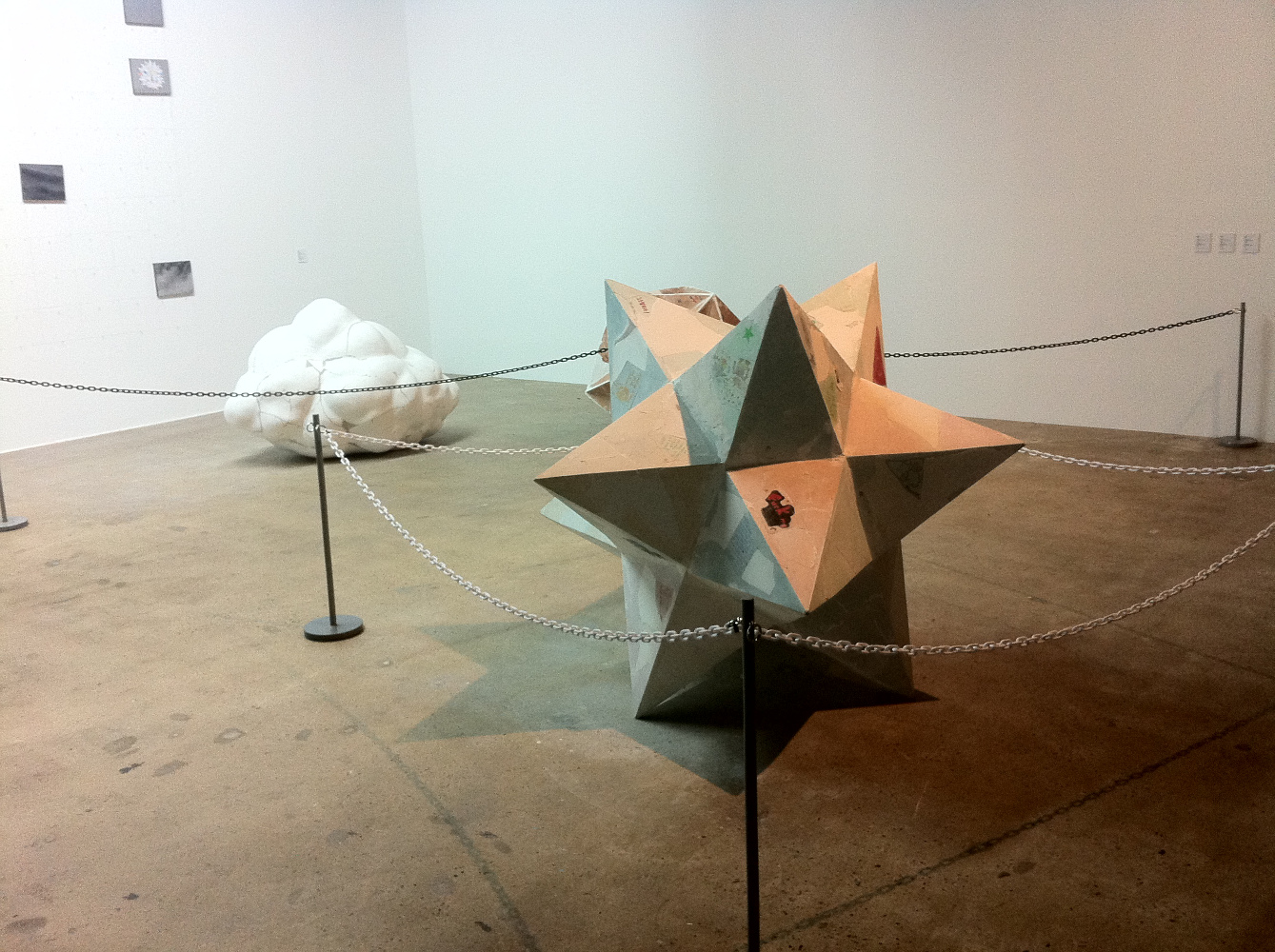 After being impressed by the simple theme and coherent approach adopted by curator Massimiliano Gioni in 2010, Steve Dutton returned to South Korea in 2012 to see how six co-curators would jointly tackle the Gwangju Biennale. He reflects that sometimes less really might mean more.

Two years ago I made the suggestion that the 2010 Gwangju Biennale, curated by Massimiliano Gioni and entitled 10,000 Lives, might have represented a significant step-change in the development and understanding of global Contemporary Art Biennial phenomena. 10,000 Lives took the human ‘image’ as its simple theme, yet was anything but simplistic. Instead it was an extraordinary mosaic of human reflections and refractions, which Gioni had the good grace to dissolve into, becoming one subject amongst thousands of subjects.

Gioni forsook the self-reflexive character of much curatorial practice in favour of something deeply affective, performed through sound and images set in the specific time and space of Gwangju. I felt at the time that the significance of Gwangju 2010 lay partially in its rarity as a Biennial which seemed to have something specific at its core, set in contrast to the often dreamy and quasi-utopian rhetoric which has become so familiar. 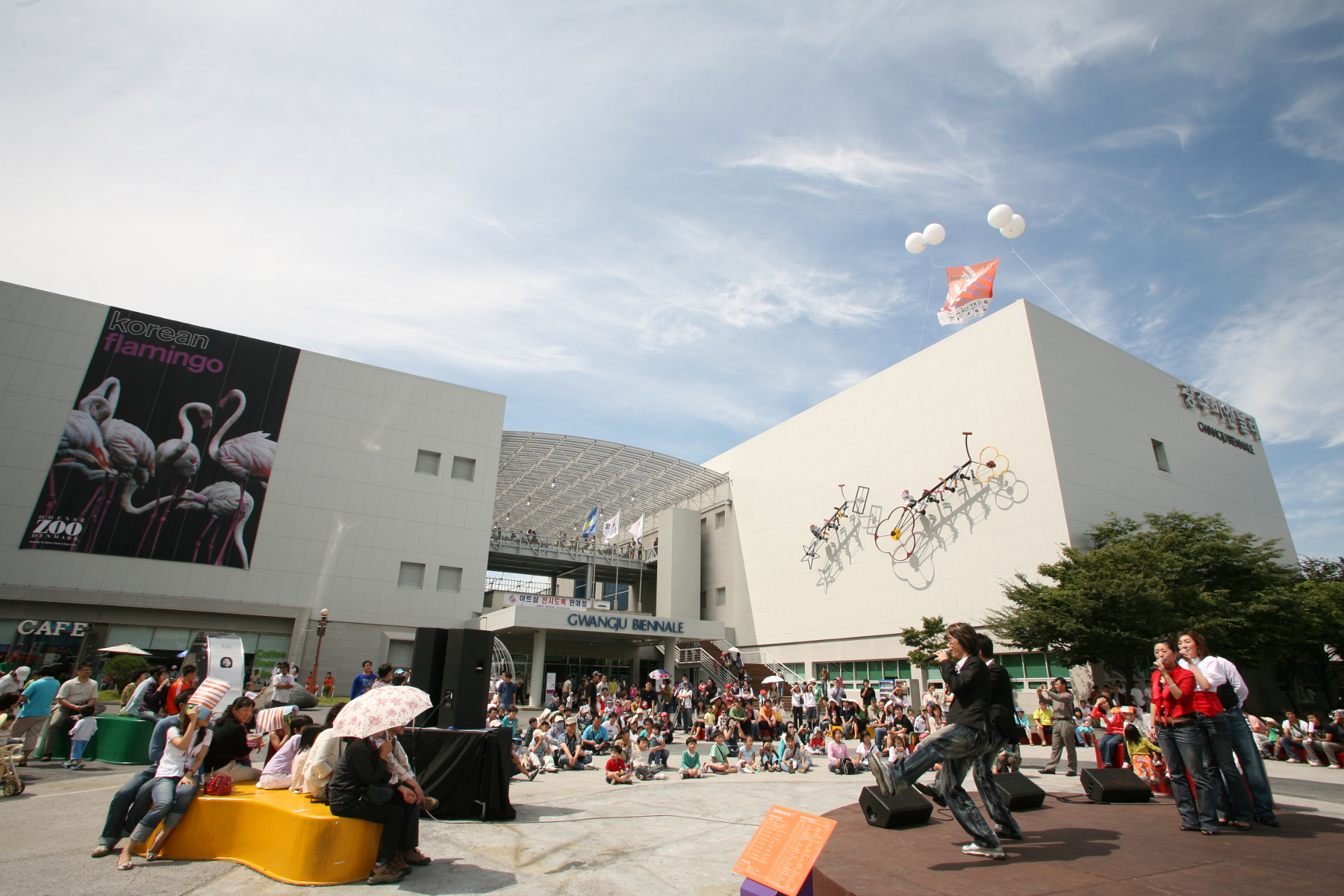 Here was something considered and crafted, yet open, generous and entirely of its place, set in a city of huge national symbolic and political significance, forever marked by the personal stories and sacrifices of its inhabitants. In short, this was a fully coherent, yet nevertheless sprawling and epic Biennial project about people, characterised by a combined sense of care, strangeness, wonder, curiosity, and in a strange way, tenderness. I suggested then that Gwangju Biennale 2010’s quiet coherence somehow performed a radical act; it slowed art down. 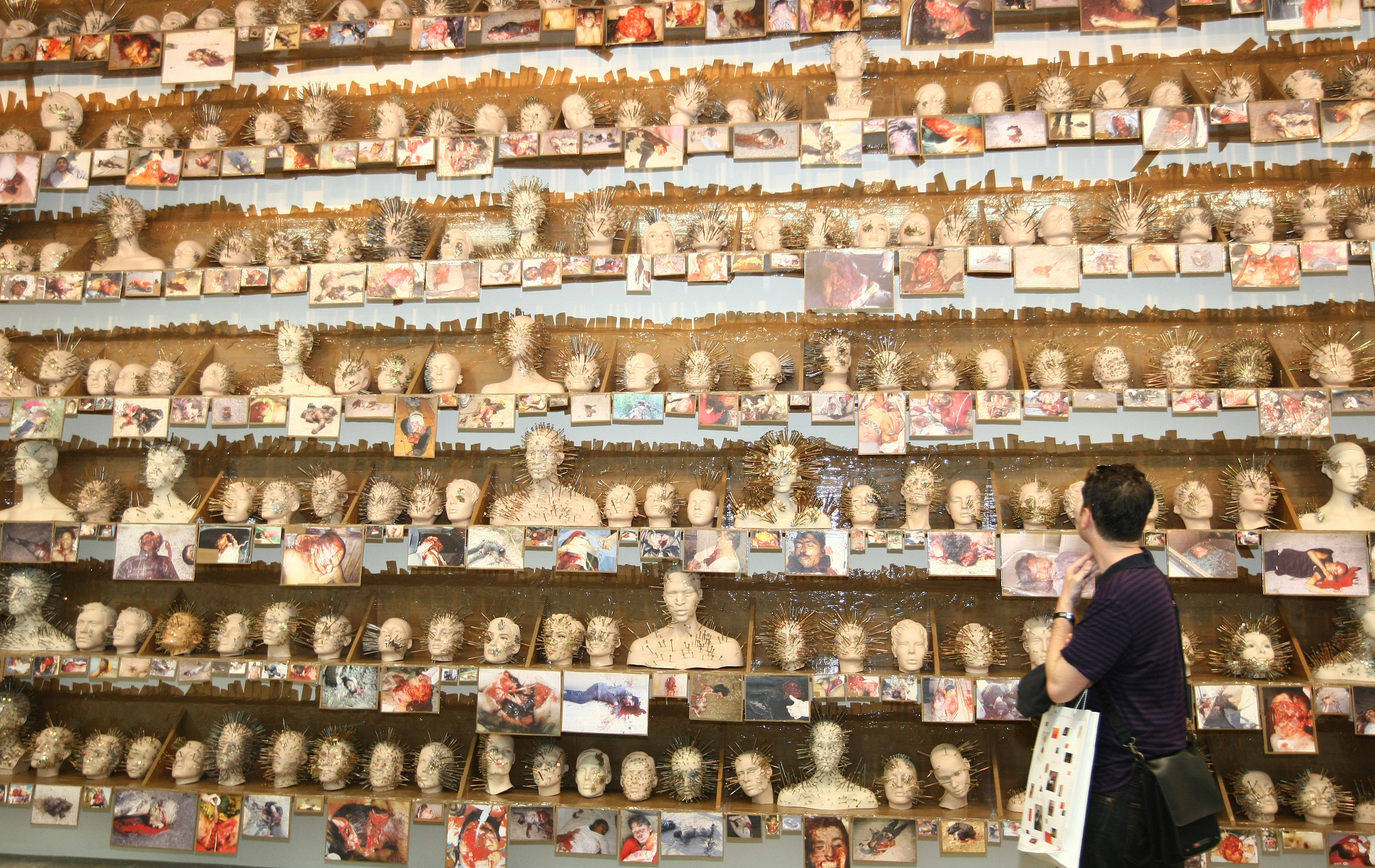 Since then I’ve also had the good fortune of being breathed on and brushed up against by beautiful strangers in the dark in Tino Sehgal’s This Variation and (almost literally) swept off my feet by Ryan Gander’s cool breeze blowing through the main hall at the expansive and profoundly influential Documenta 13 curated by Carolyn Christov-Bakarkiev. My hopes then for Gwangju 2012 were high.

One of the many critical things about both Gwangju 2010 and Documenta 13 was that, despite the volumes of supporting texts, publications, symposia and conferences which were generated before, during and after the exhibition itself, there was still a sense that to actually be there, to witness the layered phenomena of art in space and time was central to something. Experiencing the work and negotiating the thinking were no longer two sides of the classic binary divisions, but were fundamentally interwoven in a dense and complex performance of work and thought. 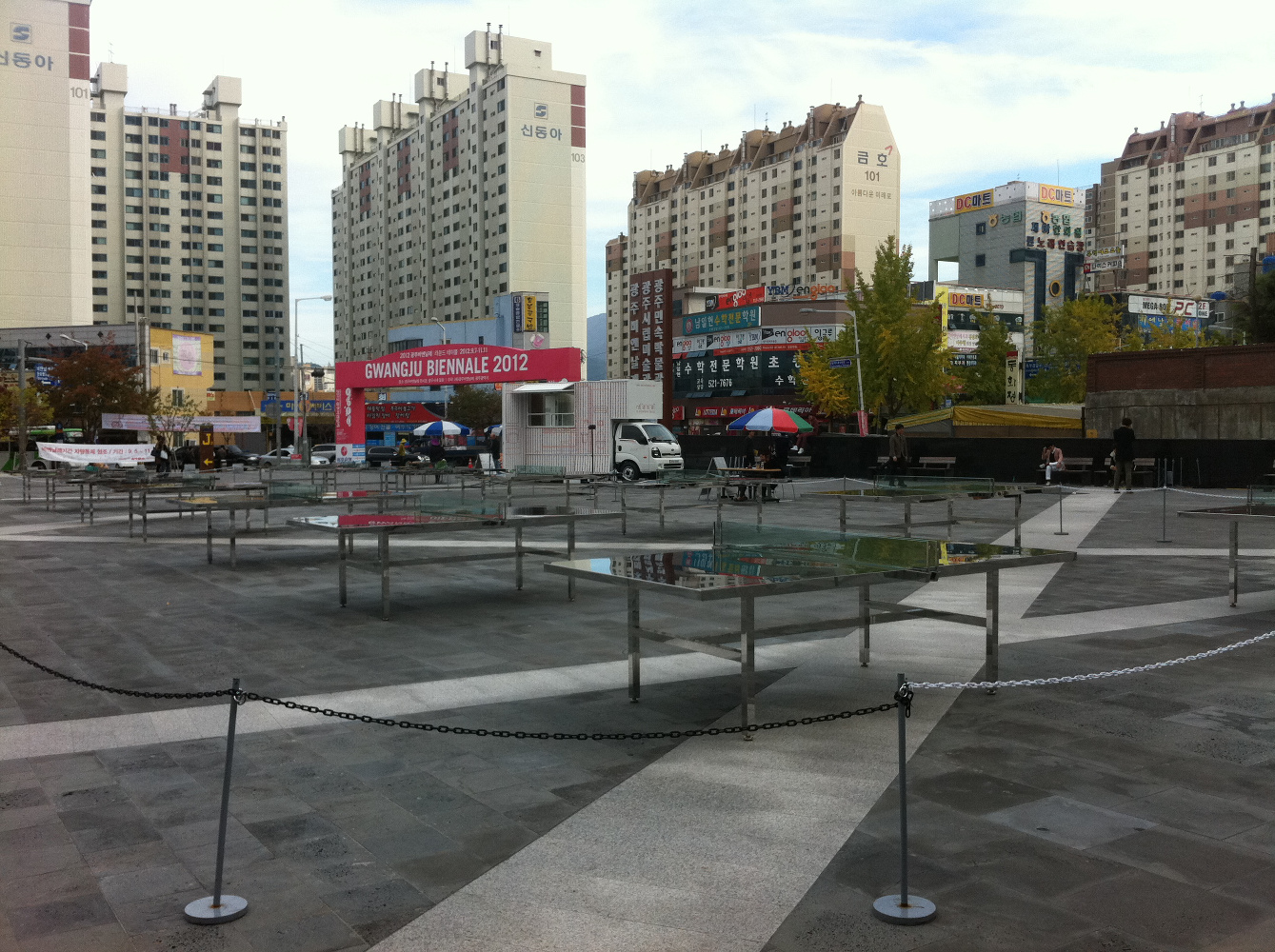 Entitled ROUNDTABLE, the Gwangju Biennale 2012 was put together by six co-curators all of whom came with an impressive and influential back catalogue and pedigree (Nancy Adajania, Wassan Al-Khudhairi, Mami Kataoka, Sunjung Kim, Carol Yinghua Lu and Alia Swastika). Framed as being in the spirit of a 'conversation', the supporting texts and philosophical frameworks and ethos of ROUNDTABLE proposed the makings of something highly speculative, provisional, open-ended and interactive.

Taken as stand-alone items, both the texts themselves and their attendant themes made for compelling reading, especially Mami Kataoka’s interest in the transient encounters and constant change which served as a pertinent example of the fluid territories and aesthetic strategies the curatorial team seemed to be playing with. Yet sadly, the reality of being there at Gwangju Biennale 2012 amounted to a creeping sense that this was a Biennial riven by anxieties born out of its own construction. 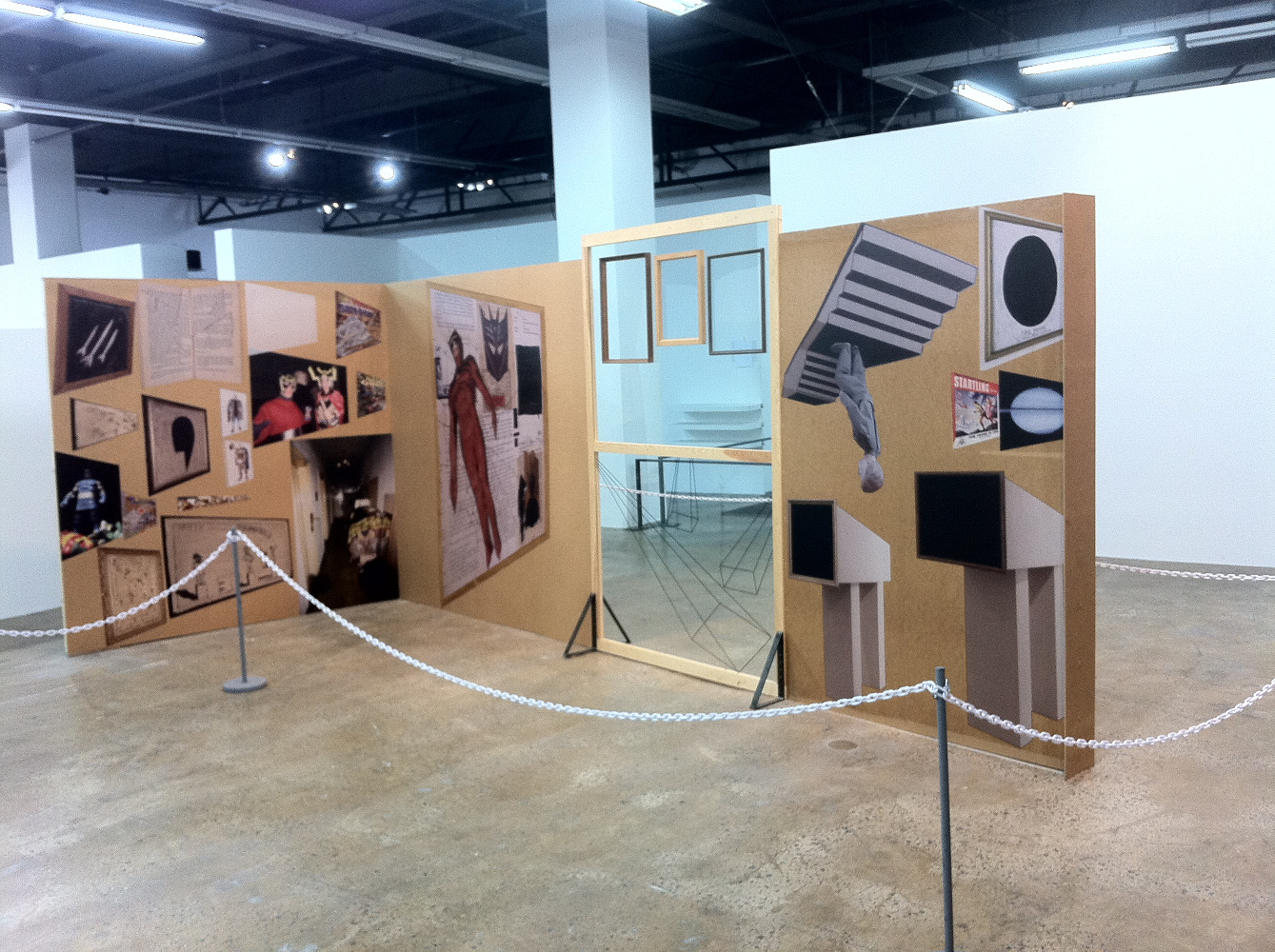 Each co-director was the developer of a thematic strand, six in all. Individual artworks and/or projects, were each labelled with brightly coloured stickers with each colour-coding aligning them to a particular co-director and thus to a ‘theme’, namely;

Yellow - logging in and out of collectivity,
Orange - transient encounters,
Green - intimacy, autonomy and anonymity,
Pink - back to individual experience,
Blue - impact of mobility on space and time,
Purple - re-visiting histories.

This led to an obsessive and depressing tendency to make direct correlations between individual works and their thematic ‘homes’, with each work vying for position as to which - or possibly, whose - curatorial concept they belonged to. The consequence of this process of housing the work into thematic territories was, unsurprisingly, deeply divisive, leading to a sense of closure and conclusion on each work rather than underscoring the hopeful and open-ended possibilities claimed by the curatorial team.

In this situation the artworks became reduced to a series of appendices to one particular theme or another, whilst the themes and interrogations themselves were equally diminished, becoming instruction manuals for controlling experience.

The co-directors’ preferences and interests to develop the biennial out of and into ‘multi-layered’, ‘horizontal’, ‘nomadic’, ‘situated’, ‘polyvalent, ‘politicised’,‘entangled’ and multiple subjective positions are impressive, democratic, utopian, and of course,timely, but I am wondering if the determination to implement such flexible and dynamic curatorial strategies and approaches had somehow freakishly turned in on itself. 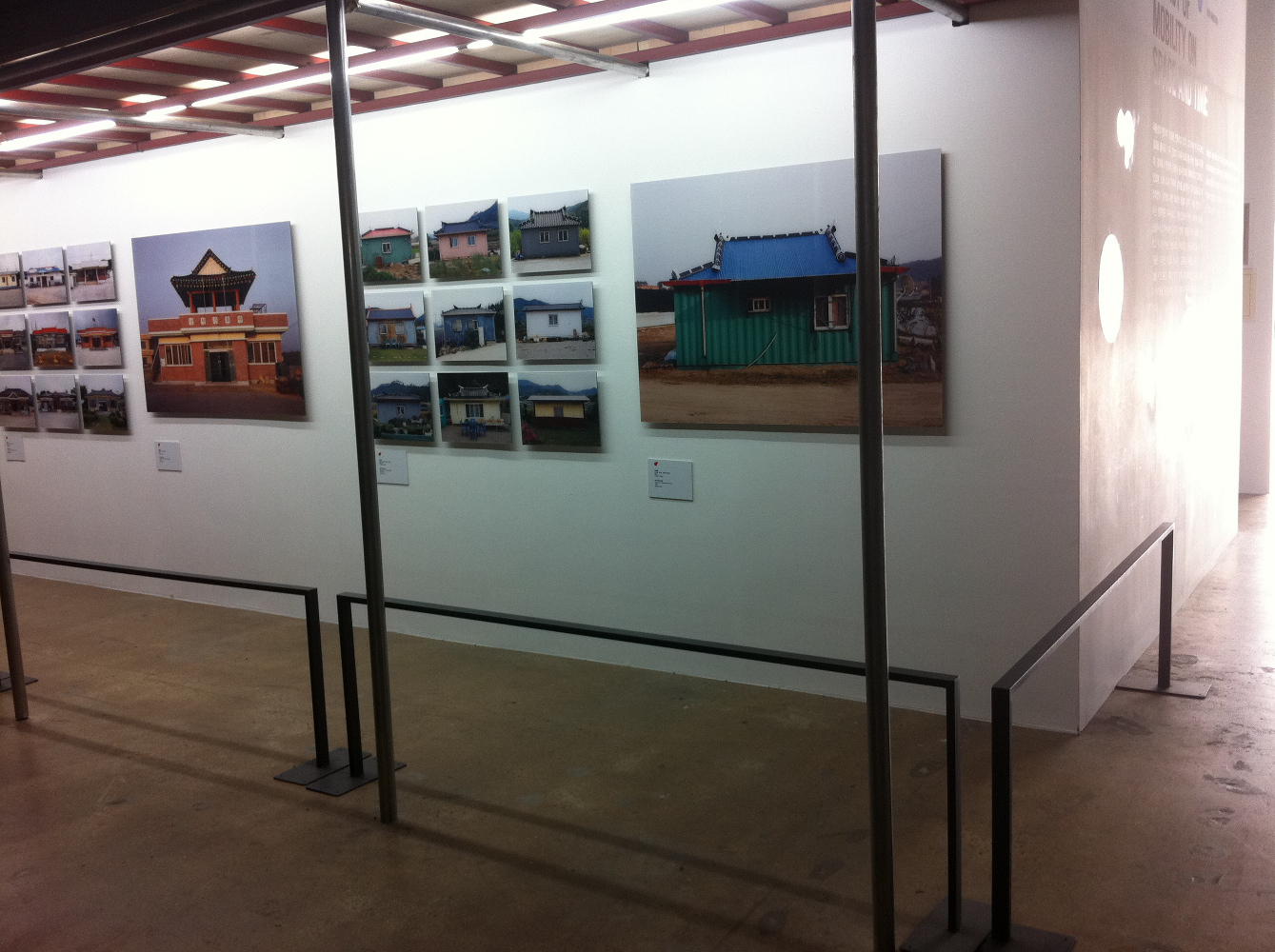 In the face of such a curatorial challenge it would seem churlish to bring to attention a seemingly small criticism of the actual installation/hang of the work, but in hindsight, it may be helpful in understanding something of the problem, as I see it, with Gwangju 2012 and possibly with the mega-exhibition project taken as a whole. Throughout Gwangju’s Biennale Halls pretty much every work was brutally fenced off by barriers. The message was clear: look, from a distance, but don’t touch.

This of course is an oft-repeated complaint in any public gallery, and one which always goes deeper than a matter of physical accessibility. One would assume that it would not be the intentions of each of the co-directors that the exhibition itself was notable for its sense of control over the movement, physical, conceptual or otherwise, of the visiting public. Indeed, the catalogue texts imply precisely the opposite. But the repeated distancing of every work and the tight thematic structuring are potent signs of an overly prescriptive and almost didactic approach. 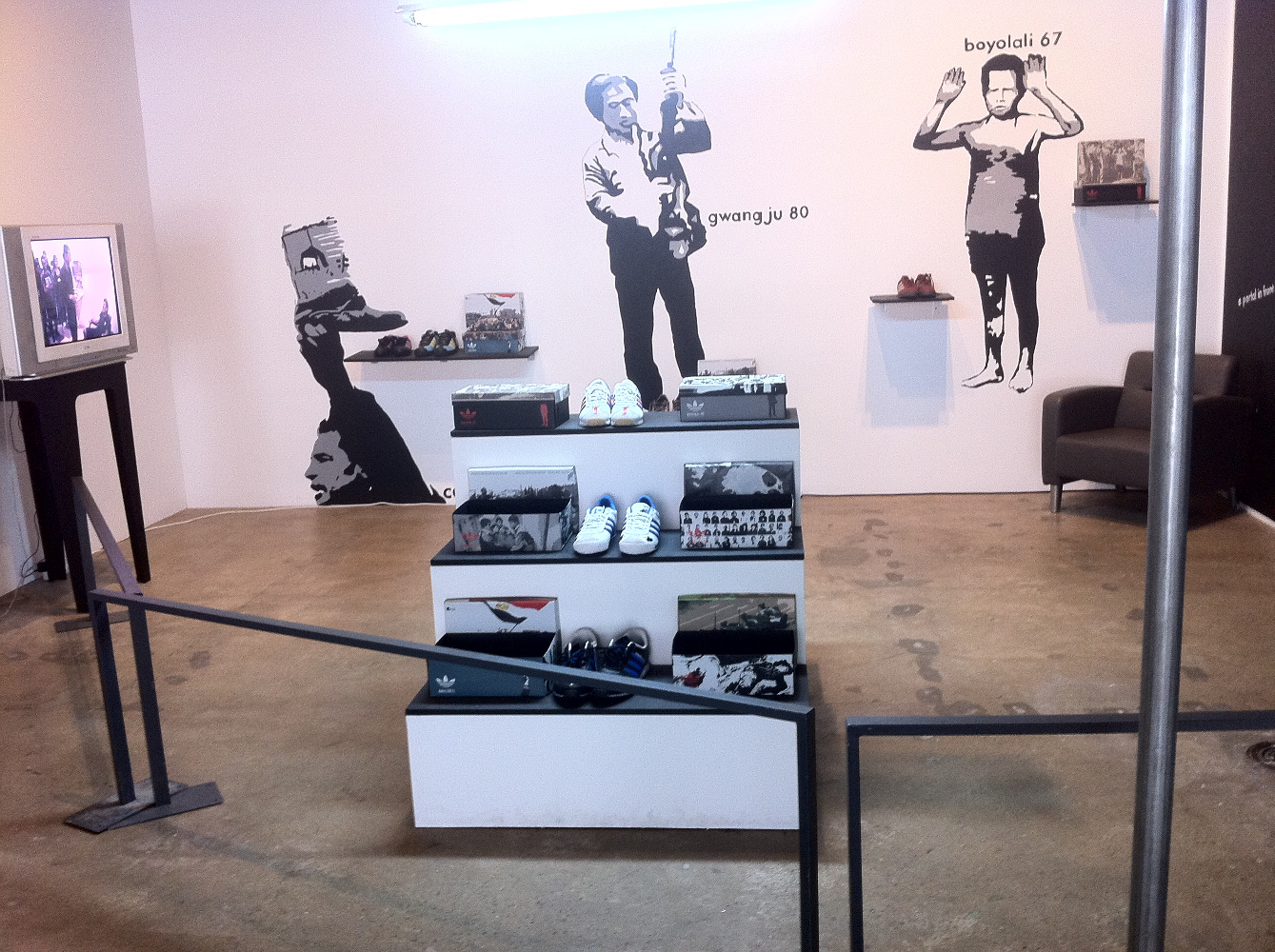 It wasn’t just the work one was discouraged from touching, but the ideas. This seemed a cruel twist; the benign desire to be completely open was undone by succumbing to the need to issue a set of instructions on how to think freely.

This of course can help us to try to understand a much bigger, (non) democratic political picture; it’s almost as if the whole Biennial was just trying too hard to be everything to everyone. What resulted, for me, was that Gwangju 2012 seemed caught in a state of nympholepsy; a frenzied desire to achieve the impossible, utterly freezing the viewer or participant out.

Thinking back to the relatively straightforward curatorial theme which resulted in the complex encounters and affects of 10,000 Lives, I am reminded that sometimes less really might mean more, at least for the visiting publics.

Steve is a practising artist who works on both collaborative and individual projects. He is currently Professor in Contemporary Art Practice at the University of Lincoln.