Textile art can convey stories that are both intimate and universal, affecting both maker and viewer. Professor Jessica Hemmings leads us through some of these stories and the 'accidental' textile artists who make them.

The content of textile art is often intimate – even therapeutic – for the maker. This serves some purposes. Work that means nothing to its maker is unlikely to invigorate a viewer. But the downside is that particularly personal content can feel impenetrable to the outside. In fact there are times when the viewer can feel like they are the furthest person from the maker’s mind.

It is tricky work to mine the dark places of our pasts. Gravitas can be accidentally lost, instead of gained, in the process. But textiles seem to be a magnet for these sorts of narratives, perhaps because of their constant proximity to our bodies. The solution is not to avoid the personal, but to ensure that the personal is accessible. Content that offers up the potential for multiple readings can allow the personal to become public without the need to cite confusion as an intended (and often hard to believe) outcome. 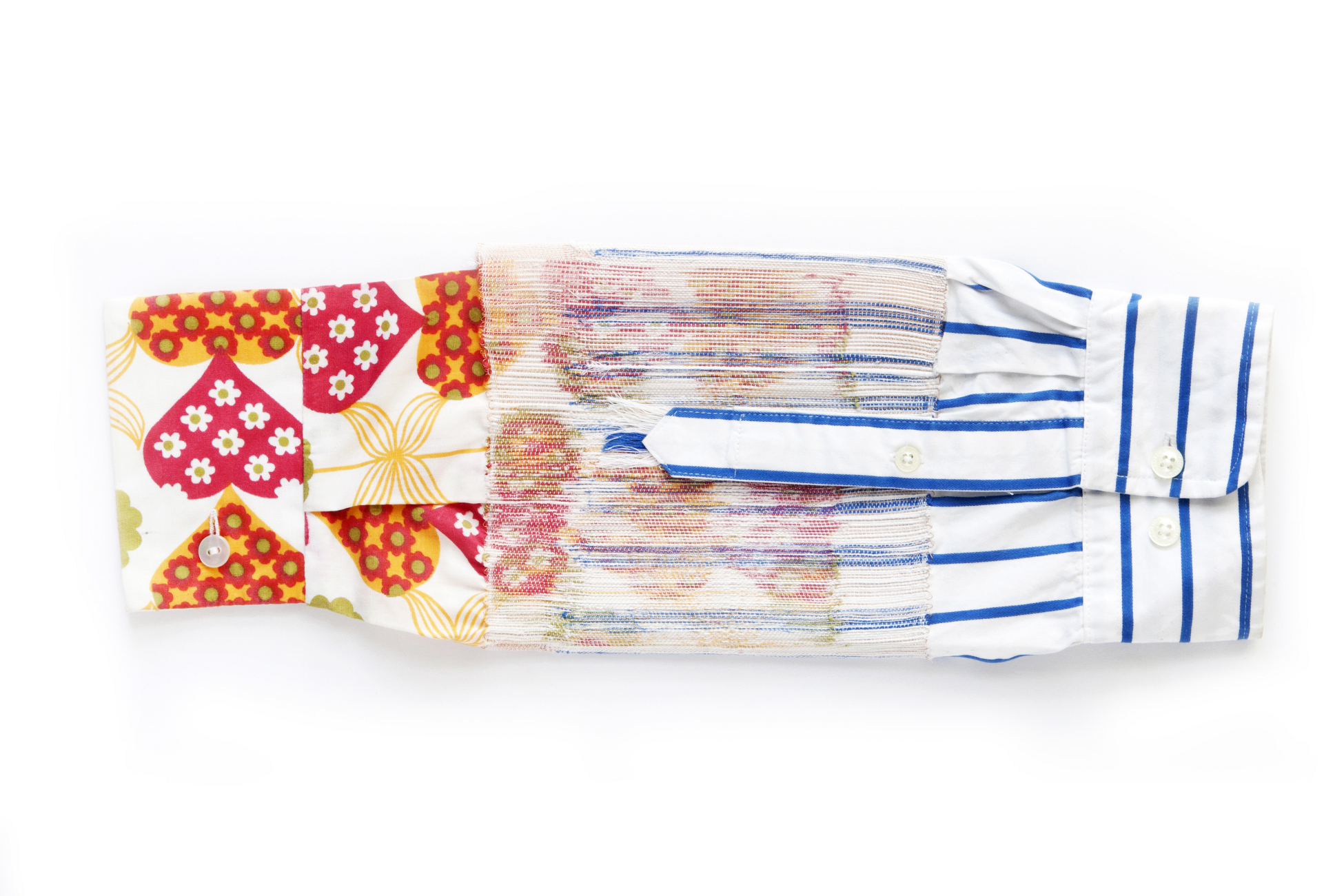 Take for example, Israeli artist Gali Cnaani’s ‘Oslo XXL’ (2011-12) series of unpicked and rewoven pieces of second hand clothing. The project is open to interpretation on multiple levels: the series’ title alludes to national questions about the efficacy of the Oslo Peace Accords, while the small scale of the work lends itself to reading on an individual rather than collective level.

Similarly, Icelandic artist Hildur Bjarnadóttir works with content close to home, but taps into a system of textile symbolism that is familiar to a broader audience. ‘Regive’ (2007-2009) is a series of traditional knitted mittens. When considered alongside the photographs, ‘Untitled’ (2010), of the artist’s grandmother’s hands teaching her to knit, followed by the artist’s hands helping her grandmother knit, a poignant narrative of role reversal is apparent.

Other examples can be found in the early works of American artist Anna Von Mertens who harvests family data to provide herself with self-imposed rules for making. 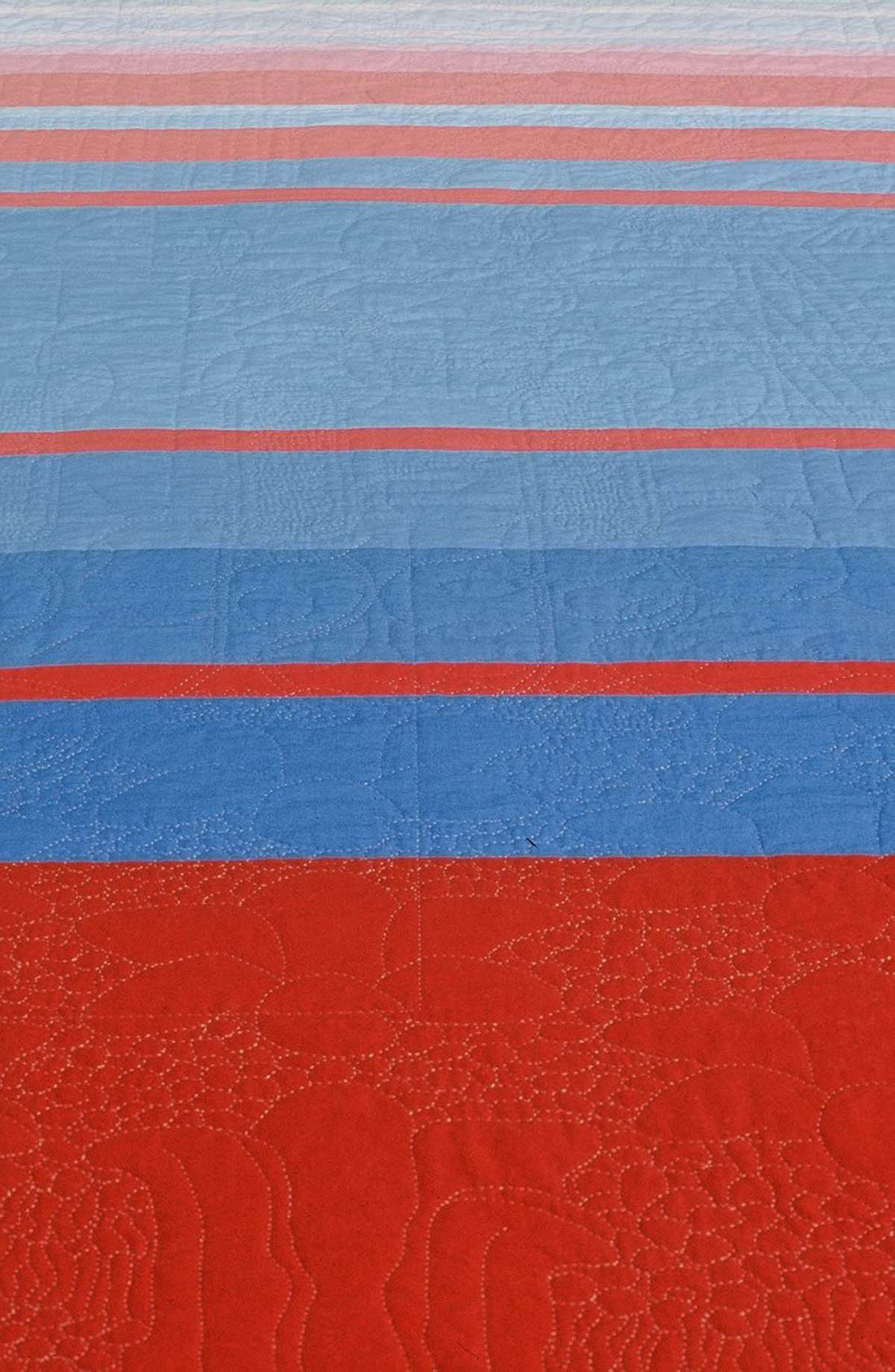 Von Mertens chooses to work with the labour intensive processes of hand stitching and hand dyeing to create pieces often as large as bed quilts. ‘I Was Taller from 1978 to 1987’ (2002) is based on the measurements recorded on the artist’s family door jam during her childhood, coded blue and pink to refer to herself and her brother. The outcome is visually abstract; the content both personal but also accessible to the viewer, particularly when seen within the artist’s on-going development of rules based patterns.

In 2008 Von Mertens created ‘A sunrise you might see, not unlike the one I saw today (September 19, 2007 and September 19, 2082)’ (2008). Here she moves further into the realm of the personal, stitching what will be the pattern of stars on the morning 75 years from the date of the birth of her daughter when the star pattern will be nearly identical to that on the day of her daughter’s birth. 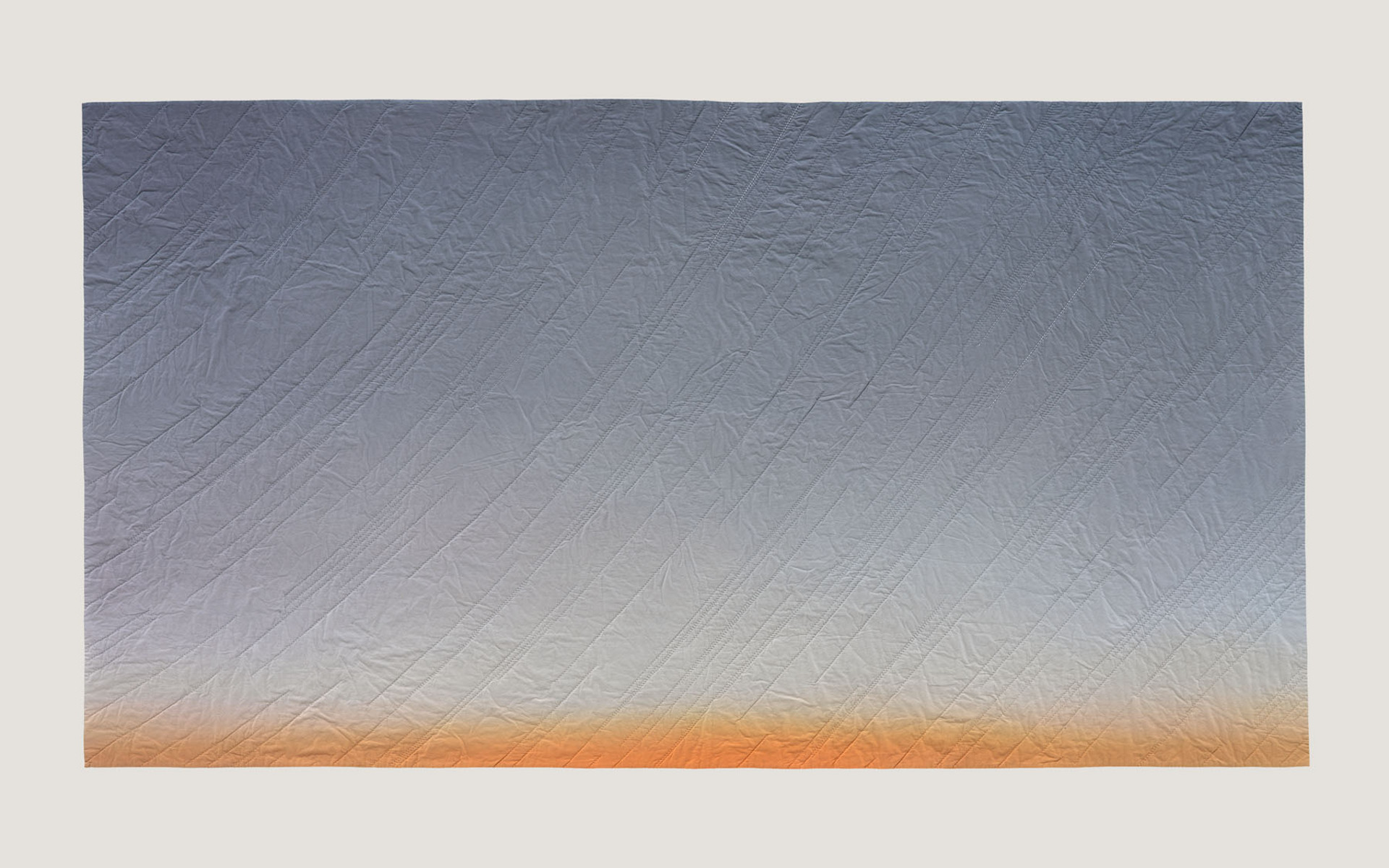 While unquestionably intimate, the title and abstract visual language encourage the viewer to consider the themes of birth and ageing as cyclical experiences. Curiously, the artist explains that the one work she has decided never to exhibit or sell is based on a dream she had of flying. “I realized that piece didn’t cross over enough for me to that realm you are discussing,” she explained recently, “where the work can be seen equally from an intimate point of view and from a more open, universal point of view.”

The above artists could all be understood as what Christine Checinska has recently referred to as “accidental textile artists”. Textiles may not be their sole medium, nor does their work set out with the objective of addressing debates about the meaning, value or production of textiles. But they inevitably do contribute to these debates and they do so in ways that are sensitive, unexpected and poetic. The personal is close to hand, but so too are necessary entry points for the viewer that allow each work to actually make sense.

Jessica writes about textiles, fiction that contains textiles, materials that remind us of textiles and other things, as long as they are interesting. She is currently Professor of Visual Culture and Head of the Faculty of Visual Culture at the National College of Art & Design, Dublin.