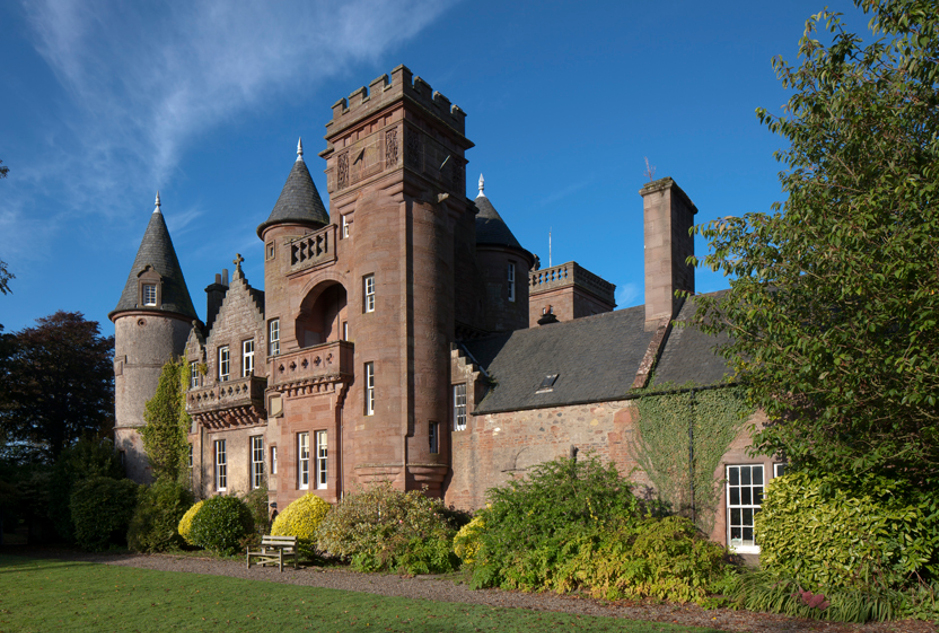 The seaside town of Arbroath in the north east of Scotland is best known for its Arbroath Smokies, red sandstone cliffs and to a lesser extent, perhaps, its football team Arbroath FC, nicknamed ‘The Red Lichties’ after the red lights that guided fishing boats safely back in to the harbour.

Tucked away on the edge of the town, overlooking the North Sea, is another shining light in Scotland’s cultural landscape, Hospitalfield Arts, which is located in the beautiful and idiosyncratic Hospitalfield House and the surrounding estate.

Occupied by a variety of incumbents since the thirteenth century, it eventually became the home of Victorian artist, collector and philanthropist Patrick Allan-Fraser and his wife, Elizabeth Fraser. Even then the house was a centre for progressive cultural activity and education, with the Allan-Frasers commissioning, collecting and supporting the new art and ideas of the time.

Now run as a trust, Hospitalfield inhabits two worlds. Alongside its historically important interiors and collections, the house and estate continue to function as a site for artists, writers and creative practitioners to research, exchange and present new work and thinking.

Under the directorship of Lucy Byatt (formerly director of Spike Island in Bristol) since 2012, Hospitalfield Arts has hosted and delivered a busy programme of national and international artists’ residencies, commissions, events, courses and open weekends. 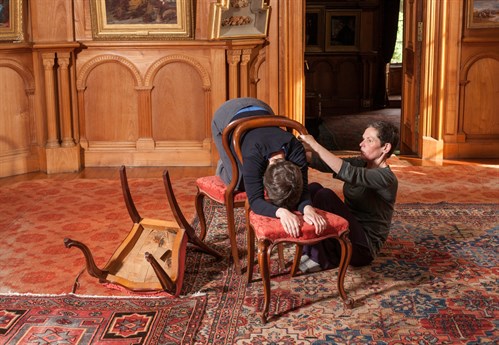 ‘Underside\Disturbance’ was a site-specific live work by Claire Barclay and choreographer Janice Parker. A new written work by Fiona Jardine, ‘Let the Day Perish’, was informed by visits to two ancient churches in Angus and texts from the Antiquarian’s library at Hospitalfield. At the open weekend Jardine presented her text with Andy Pelc and Sue Tompkins.

Hospitalfield also runs an annual residency cycle structured around the categories Summer, Autumn, Interdisciplinary and Graduate. At any one time there can be around a dozen artists and writers in residence, making for a lively and ever-changing community of recent graduates, emerging and established practitioners from the UK and abroad. 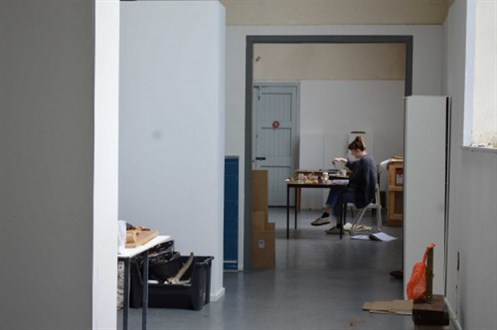 Another strand of Hospitalfield Arts’ activities is international exchange and the development of international residency opportunities for Scottish artists, while retaining Allan-Fraser’s commitment to promoting artists who live and work in the Angus area.

Alongside a long-standing series of residencies at Hospitalfield House by Commonwealth artists, organised with the Royal Over-Seas League (ROSL), Hospitalfield continues to seek new opportunities for international relationships.

Earlier this year I was fortunate enough to participate in one such venture, a new residency partnership with HALLE 14 in Leipzig, Germany. Part of the Creative Futures Germany programme, funded by Creative Scotland and the British Council, the project supported three Scottish artists to live and work in Leipzig for between one and two months to develop new work and make new professional connections in Germany.

In a recent email conversation Laura Simpson, Programme Manager at Hospitalfield Arts, elaborated on the aims of the residency:

‘Hospitalfield Arts responded to an invitation to collaborate with HALLE 14 because of an aspiration to facilitate significant opportunities for artists from Scotland and especially the DD postcode area where we are located. We wanted to use our existing and newly established international networks, as well as the knowledge gained through running residencies at Hospitalfield, to design opportunities for regional artists which would take them outside Scotland.

We also hope that those artists come back feeling not only a progression in their own practice but a renewed energy to bring into the artists’ community in the region and their other networks of collaborators.’

Between May and September 2014, Dundee-based artists Delia Baillie, myself and Anna Orton (plus Orton’s collaborative group with her two sisters, Ortonandon) have occupied Studio 2 at HALLE 14 within the unique environment of the Leipziger Baumwollspinnerei. A former cotton spinning mill, this sprawling complex of galleries, studios and creative businesses has provided a dynamic centre for the creative community in Leipzig since the 1990s. 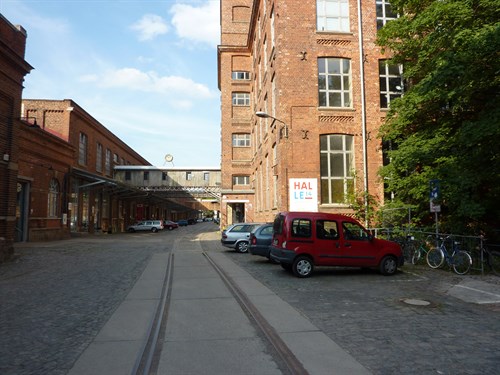 Like Hospitalfield Arts and indeed many Scottish arts organisations, HALLE 14 is a non-profit art centre running a diverse programme of exhibitions, educational activities and events.

Housed within the industrial five-storey building are an exhibition space, art library and offices along with artists’ studios and international residency and project spaces. The residencies will culminate in September 2014 during Orton’s residency with an exhibition at HALLE 14 of work created during and as a result of each artist's time in Leipzig.

As a result of the ROSL residencies Hospitalfield is also supporting the presentation of new work in Dundee by international artists. In November, Merheen Murtaza from Pakistan will exhibit at Generator Projects and in early 2015 Indian artist Manish Nai will exhibit at Dundee Contemporary Arts.

So what’s next on the horizon for Hospitalfield Arts? An ambitious widening of the organisation’s international focus has seen them bid successfully to commission and curate the Scotland + Venice 2015  presentation at the 56th International Art Exhibition of the Venice Biennale.

The exhibition will be a solo presentation by the highly respected Scottish artist Graham Fagen. Fagen’s imaginative explorations of culture and identity dovetail wonderfully with the curatorial vision of Hospitalfield Arts and will undoubtedly engender an even greater sense of the breadth of the Scottish contemporary visual art scene to an international audience.

This vast range of activity, along with exciting plans to develop the site and facilities back home in Arbroath, gives rise to a swell of possibilities for contemporary art in the north east of Scotland. It pairs well with the increasingly thriving creative community in nearby Dundee, which will be bolstered by the forthcoming opening of the V&A Museum of Design in 2016-17. There is a very strong feeling indeed that the cultural radius in Scotland is expanding.

Valerie Norris is an artist based in Dundee. Recent exhibitions and projects include Group Critical Writing Residency and Studio Jamming: 24 Hour Jamming Symposium, Cooper Gallery, Dundee; Closer to the lips, word perfect, Glasgow Project Room and I take into my arms more than I can bear to hold, Generator Projects, Dundee. She has contributed to 2HB journal and was selected for Axisweb’s Writing Scotland 2013 programme.