Robert Dawson's striking series of six plates, Spin, features on our stand at the London Art Fair. Robert describes the process of making them.

Robert Dawson is interested in the historical development of surface decoration on china tableware or ceramic tiling, as well as the accidental and incidental effects of grout lines between ceramic tiles or the crazing of a glazed surface. He draws inspiration from observing how ceramic objects have been made and put together, the ideas of the people who decorated them, the devices used by craft workers and in industry, and the taste of the buying public. “I feel that I can use this stuff to make new designs,” he says.

You work with digital images. Technically how does the image end up on the plate?

The image is printed in cobalt blue onto transfer paper. The printed image is then transferred onto the china plate. The plate is fired at a bit more than 1000 degrees centigrade and, as the printed cobalt blue is a metallic colour, the blue image fuses into the plate's white glaze. 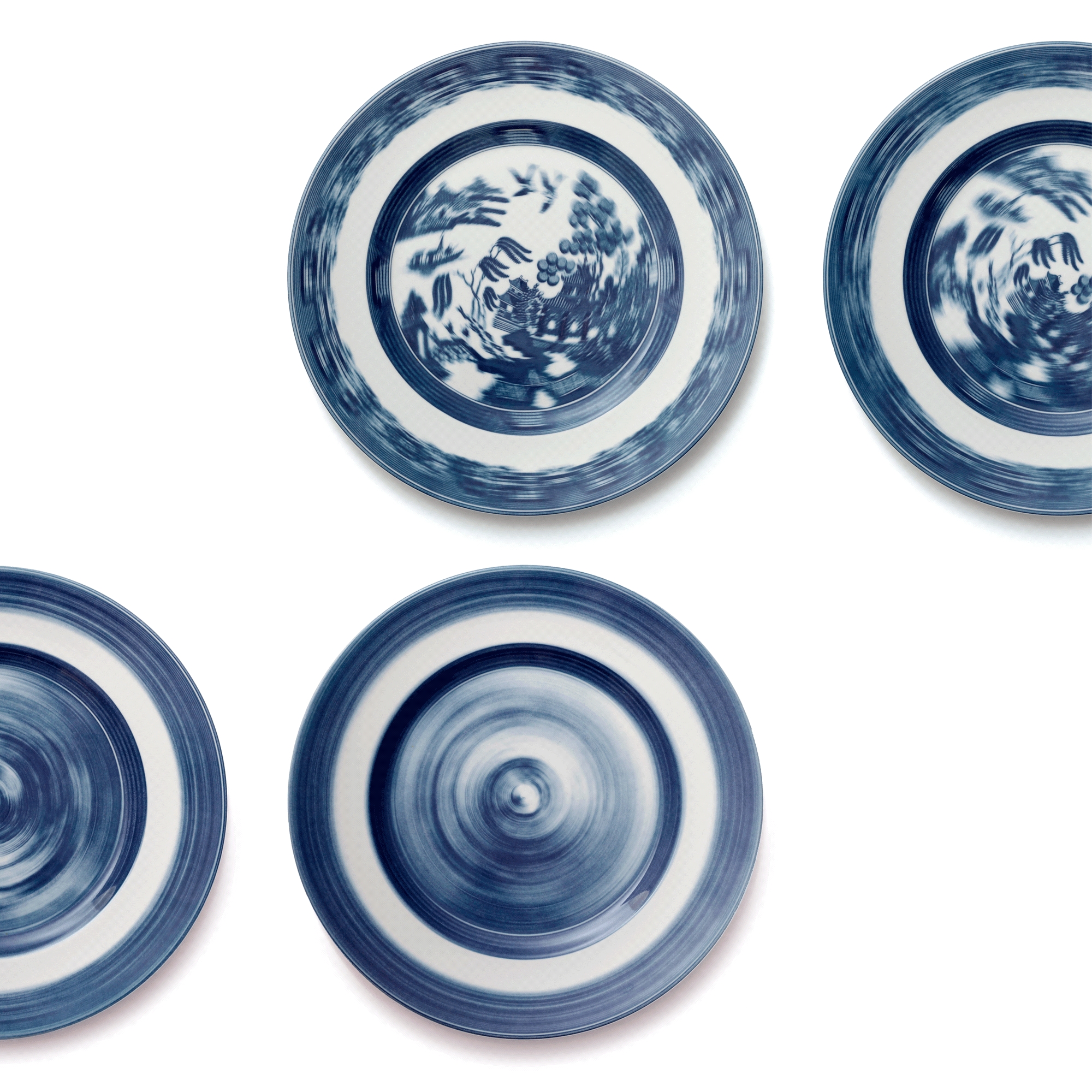 Could you tell us about your decision to produce contemporary work based on the iconic Willow pattern?

I chose the Willow Pattern because of its familiarity. If I am going to alter an existing historic design, it needs to be an archetypal design. The Willow Pattern was therefore ideal for manipulating and reworking.

Ruth is Projects and Media Producer at Axisweb.