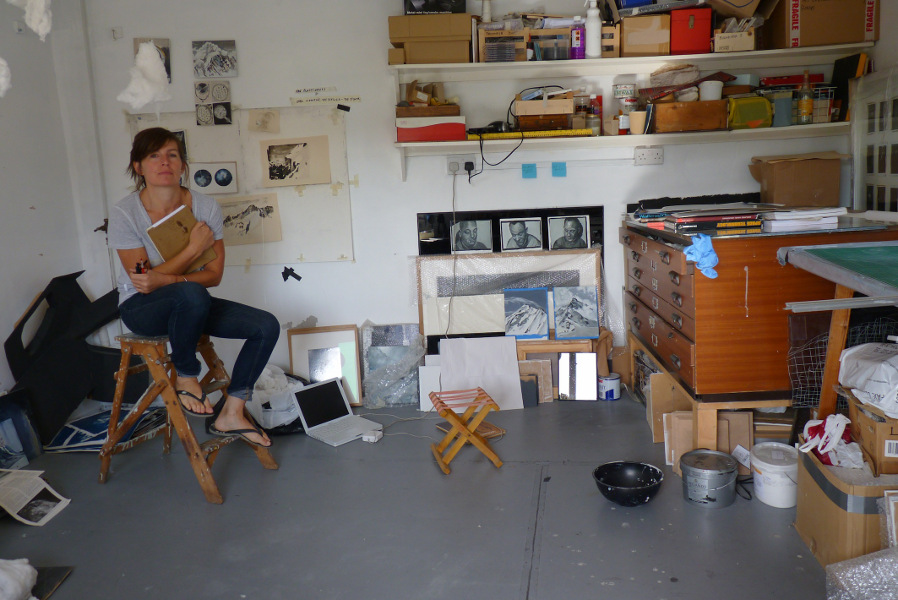 In the first of a series of interviews with art prize nominees, Chris Sharratt talks to Pippa Gatty about the importance of being selected for the Jerwood Drawing Prize. Pippa talks about how doing an MA helped to kickstart her studio practice and reveals where she'd like to be in five years' time.

Pippa Gatty is making up for lost time. “I’m a bit mad, a bit driven,” she says. We’ve only just met and she’s off, speaking candidly about art, life, family and having a radiator in her new studio. “It’s fantastic,” she laughs. “I’ve never had one before.”

Gatty’s first floor studio space is situated above what she describes as “a knicker shop” in Forest Row, near the Sussex town of East Grinstead. She moved from London to nearby Ashdown Forest about a year ago, relocating her studio in April. Her neighbour in the building is a packaging designer and there’s a coffee and pizza joint close by; other artists, though, are noticeably thin on the ground.

It’s the way she likes it, says Gatty: “I have a sense of urgency about what I’m doing. Maybe it’s my age, but I don’t want to waste the time I’ve got by being distracted by other stuff. ” 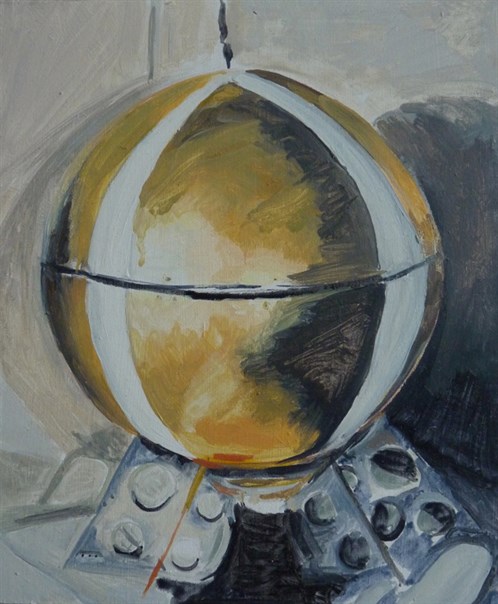 Gatty, one of 74 artists featured in the 2012 Jerwood Drawing Prize exhibition (she’s also in the Threadneedle Prize show), has good reason to be protective of her time. She graduated in 1990 with a Fine Art (Painting) BA from Chelsea College of Art and Design. And then, for the next 15 years, she pretty much turned her back on art, or at least the making of it.

“I had my daughter, my first child, while I was doing my BA,” she explains. “I was very young and I couldn’t do parenting and be an artist, so I put art on the backburner.”

The door wasn’t closed completely, though. She was living in London, working as a fine art framer and, later, a gilder. That meant she was still surrounded by art and artists (“There were a few who worked in the framers,” she recalls. “They were doing quite well.”) But making her own work was problematic – the fact that her ‘studio’ in the cellar of the family home wasn’t big enough to stand up in couldn’t have helped.

It wasn’t until her children (she also has a son) were older and, as she puts it, had “let go of her”, that art came fully into focus again: “We’d talk about art at work and what people were doing and finally I just thought, ‘Oh, to hell with this’, and went back to college.” She returned to Chelsea College and completed her MA in 2008. It was, she explains, a life-changing experience: “It was just phenomenal. I can’t believe how much an MA can transform your life – the lectures, the students, the absolute raw ambition that surges through these courses. All of which can be really quite frightening, actually.”

There is, though, no sign of any fear in Gatty these days. She has the energy and ambition of a recent graduate, married to the clear sense of purpose of an older and wiser head. And for now at least, it’s drawing that is driving her work as an artist. “Drawing is like my hook at the moment, it’s my process, it’s how I get into the place where I can make stuff. I create videos and do painting too, but the drawing is almost like the point at which it all starts.” 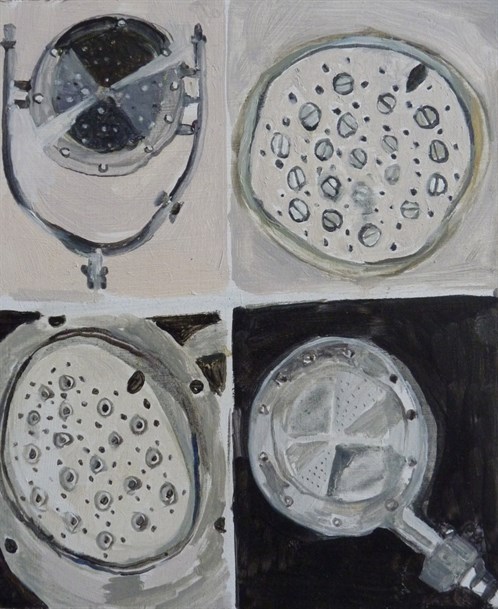 For the last year and half, Gatty has been working on a series of graphite on paper illustrations under the broad heading of ‘Nebulae and Interstellar Matter’.

It’s a piece from this series, inspired by the photogravures of Victorian astronomer James Edward Keeler, that made it into this year’s Jerwood Drawing Prize. “There’s something about Keeler’s images that really attracted me, something I wanted to capture. With graphite, you can work it until it gets a shine and if you carry on it kind of transforms itself. Then you can scrape the graphite off and brighten certain bits – it’s all about the surfaces really.”

The Jerwood is the largest and longest running annual exhibition for drawing in the UK, and this year features 78 works selected from nearly 3000 entries. Gatty made it into the show on her second attempt – she entered in 2011 but didn’t make the cut.

That time, she submitted a large, single-framed series of postcard-sized drawings, which as we talk is propped up against a wall in her studio. (Gatty later explains that it has finally made it into another exhibition). 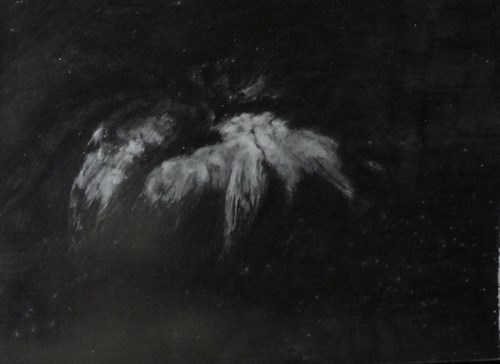 For her 2012 Jerwood submission she kept things simple, entering three modest graphite drawings. Although she wasn’t one of the prizewinners, making it into the show has clearly been important to her. “You can go through a run of rejection after rejection when you’re applying for exhibitions, but that’s not going to stop me – it’s all part of it,” she says. “I regularly apply for things I think are important or useful, and when you get into something, well, it’s just fantastic!”

In the five years since finishing her MA, Gatty’s work – drawings, paintings and video – has featured in over 20 group shows. Throughout that time, the central theme has remained the same: exploration and the idea of artists as explorers. It’s an interest that goes back to an MA project focusing on the 1953 Everest expedition, and has taken her ever upwards to the final frontier of space, as seen in her darkly seductive nebulae drawings. 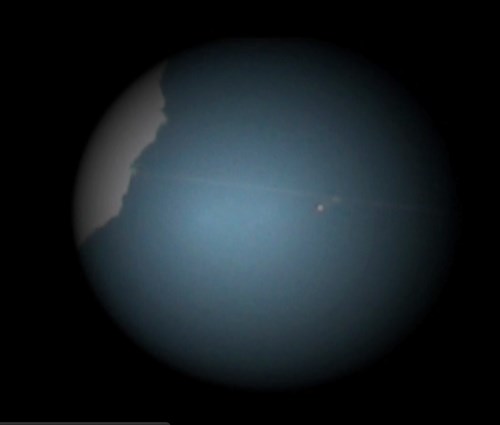 Pippa Gatty, The Eye, 2012. Video still from Palomar Installation
“When I work it becomes really quite obsessive, it becomes the only thing that’s happening. And for the moment at least, these space drawings and images of space exploration are really working for me, they’re what excites me.” Gatty smiles: “It’s where it’s at!”

Where Gatty wants to be in the future is equally clear. “I want to be represented by a good commercial gallery,” she says. “I want to have a solo show in a commercial or public space that I haven’t organised myself.” It will, she says, be disappointing, demoralising, if that doesn’t happen in the next five years. But whatever the outcome, they’ll be no let up, no turning back: “I’ve got to do this and we’ll see where it goes. Being an artist is almost like a faith in a funny way. This is what the rest of my life is going to be.”

Jerwood Drawing Prize, JVA at Jerwood Space, London, until 28 October 2012 and then tours to venues across the UK