Home Archive Out and Beyond: Phil Lambert by Chris Brown 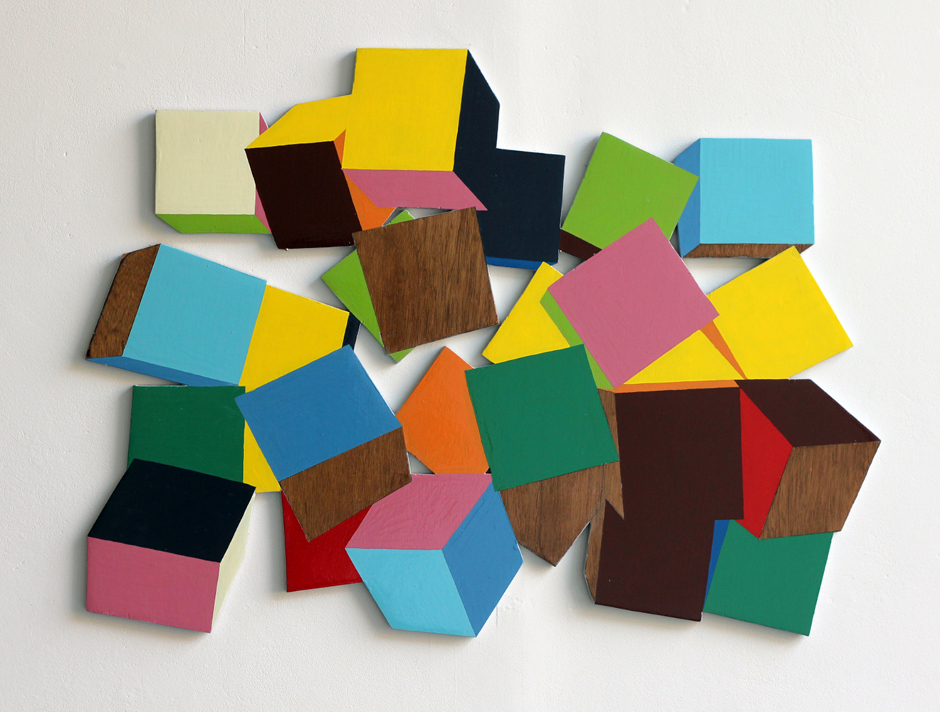 G39 Director Chris Brown writes about the work of Phil Lambert, whom he mentored as part of our Out and Beyond programme in Wales.

Phil Lambert’s practice is as precise in its lines of inquiry as it is in its execution. With a background in scientific education and training, Phil’s practice has ranged from traditional life studies to abstract perceptual experiments. He cites an array of influences from the Bauhaus to colour field theory to Minimalism. His practice currently references the preoccupations of Pop Art, particularly Lichtenstein.

The journeys that Phil's various aesthetic inquiries have taken him on highlights a particular self-perception that he believes many artists erroneously hold—that the one fixed point in their practice is themselves. As individuals we change, sometimes fundamentally so. Our interests and opinions shift. So, Phil’s art practice today is not the same as what it was ten years ago, or what it will be twenty years hence.

Phil is currently interested in the possibility of an art practice being directed by the same principles as the theory of evolution. His ‘Unnatural Selection’ project comprises three elements: a panel of twenty-four graphic studies of various coloured shapes, painted onto equally sized ply board; a ballot box and voting card system; and a series of statistical analyses in the form of graphs.

Three variables govern the graphic imagery on the panels ­– Colour, Space, and Chance. Phil refers to these as his fundamental perceptual principles. A roll of three dice controls these variables by way of simple Euclidean shapes of varying colours and dimensional depths. This determines the content of each painting. There is one final variable aspect to the paintings which is their composition. The paintings are studies from life, made from real objects randomly configured. Phil allowed these objects to fall onto a surface from a height in his studio, and then painted the arrangement in which they landed. 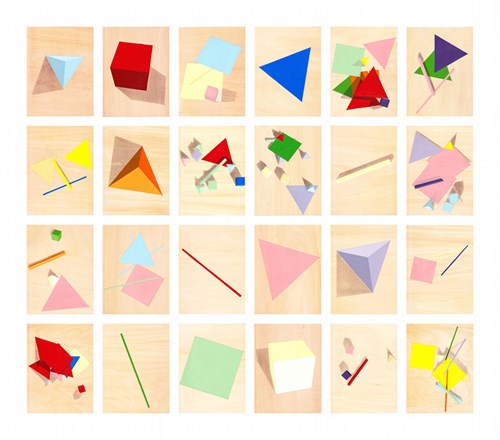 The element of chance in this work is Phil's way of making a visual art process that is analogous to Darwin's theory of natural selection. It is the equivalent of the mutations and variables within successive organisms determined by the combination of their parents' genes. As the environment selects which mutations and variables are advantageous, so Phil's audience selects which combination of variables within the shapes are most aesthetically pleasing.

Audience members are invited to nominate their preferred three paintings out of the selection of twenty-four. The votes are compiled into a statistical analysis of the most popular selection, along with data determining the participants' ages, genders and voting location. There is a marked correlation in results between locations: people across a broad demographic like the same paintings.

Is this a reliable equivalent to natural selection? Or is the title ‘Unnatural Selection’ alluding to a process that can't be accurately recreated in visual art? In fact, Lambert is the first to admit that it is not an authentic science project ­– for one, there are far fewer variables here than in the world of genetics; and secondly the selecting conditions and resulting statistics are not reliable enough to draw robust conclusions. Anyway, what conclusions could we reasonably expect to make from this exercise? After all, this is not a piece of empirical research determining environmental effects on the wing pattern of a species of moth.

I believe the significance in ‘Unnatural Selection’ lies less in its attempt to impose scientific discipline on the art process, and more in the endeavour to remove the authority of the artist in art creation. Phil's part in the process is only in the manufacture; artistic authority is removed and all aesthetic considerations are handed over to the audience and the roll of dice. 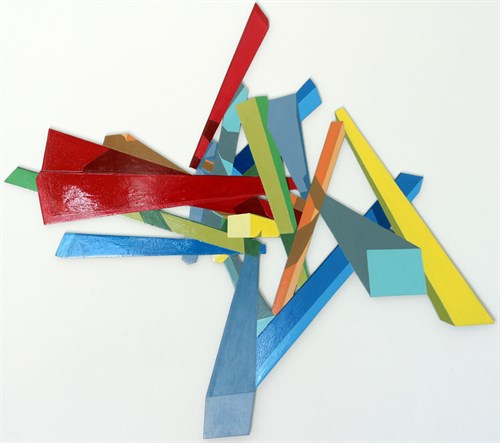 This might seem as radical to the role of the artist as Darwin's threat to the idea of a divine being having authority over a stable, unchanging natural world. But Phil is not alone in using chance to direct the content and production of an artwork. Furthermore as he points out, cultural evolution is a given. The agreed values that we collectively identify and define ourselves with are open to change and mutation as much as the length of a giraffe's neck. In ‘Unnatural Selection’, Phil offers a microcosm of that cultural evolution in a tiny world of six shapes, twelve colours and three dice and hundreds of participants. Darwin’s work intimated a world created without a god. Lambert proposes that we create art without an artist.

Chris Brown (b 1973, Worcester, lives and works in Cardiff) is an artist, musician, co-founder and co-director of g39. He is responsible for strategic development of the organisation within Wales, the UK and beyond. From 2008-12 he was Magazine coordinator for a-n The artists information company. He studied postgrad Composition and Jazz at RWCMD (Cardiff) and is also a member of Go Faster Stripe, an independent collective that promotes high-profile UK comedians through its programme of live acts and DVD production.