Home Archive Out and Beyond: Megan Wyatt by Alex Boyd Jones 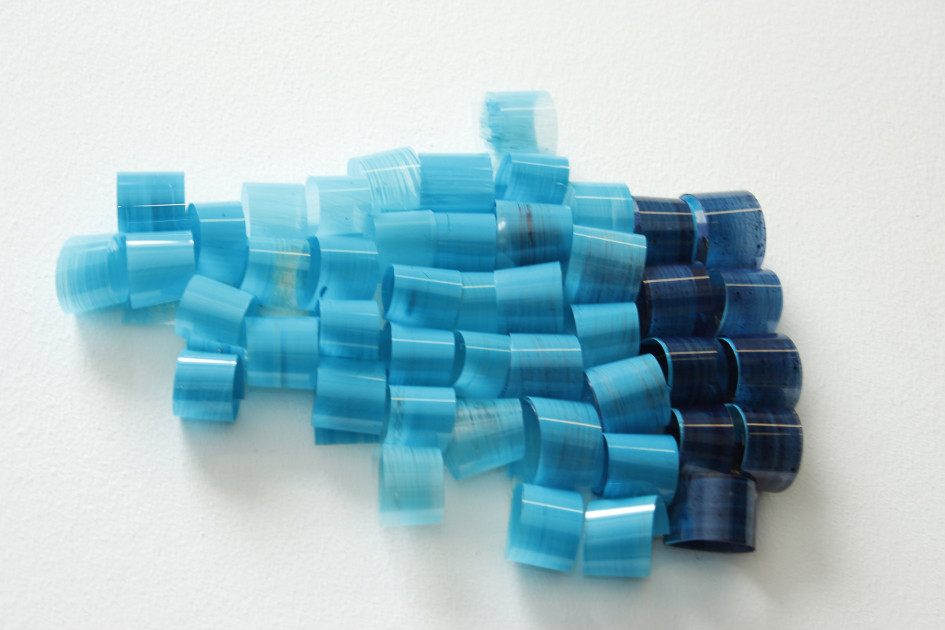 Oriel Davies Director Alex Boyd Jones writes about the work of Megan Wyatt, whom she mentored as part of our Out and Beyond programme in Wales.

Megan Wyatt’s practice investigates the potential of painting, exploring its mechanisms, conventions and existence both historically and in contemporary practice.

Whilst remaining focused on the physicality of paint and painting, Megan has been exploring avenues beyond traditional processes. Work during her MA featured household objects which became, or simulated, painting mechanisms and machines. Traditional mops with their tips touching vividly coloured paints drew the liquid up like plant roots and a collection of plumbing contraptions were constructed as potential paint dispensaries. The latter were laid out before the viewer, appearing to have already dispersed their paint load as gestural marks, splashes and drips across the floors, walls and architectural features. Closer inspection revealed that an illusion was at play. Rather than executed by the machines these marks had been painstakingly crafted to give the appearance of spontaneous and unrestrained marks.

This illusory quality continues in Megan’s practice and is often about inviting the viewer to be conscious of the act of looking, re-looking and understanding. There is an acute sense of timing as well as a direct engagement in the environment in which she is both making and presenting work. 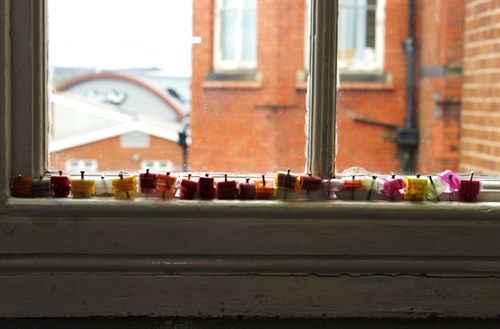 Using materials such as ceramic, glass and acetate she has been creating further site-responsive and three-dimensional paintings. Working with repeating forms, such as painted and pinned loops of acetate or hoops of fragments of found coloured glass, Megan permeates the architecture of her environments and the physical space becomes an integral element of the work.

Directly engaging with materials is key to her practice. While she mixes pigments, moulds and fires glass and ceramics, she is keen to let the materials speak, creating opportunities for dialogues to emerge. This offers an aspect of chance that allows the physical elements to influence or even steer outcomes.

In addition, many of her works explore ways in which forms of light can provide an alternative perspective on or complete a work. So that light shining upon or through the surface of a material might, for example, cast a coloured shadow or add a drawn or sculptural element. These, in turn, might only be a fleeting aspect if produced through the passing trajectory of daylight and so time plays an important factor in the viewing of work. The combination of this time-based element with the use of light is becoming increasingly important in Megan’s practice in probing how it might influence a resolution within individual works.

It is this in Megan’s approach that offers a compelling juxtapostion between an investigation of formal properties, with the poetic alchemy surrounding the possibilities of painting.

Alex Boyd Jones has been Curator at Oriel Davies since 2008 and is responsible for a programme of contemporary visual art, craft and live events, exhibitions, commissions, publications and projects. She worked previously as Exhibitions Programmer at mac Birmingham for 5 years curating and managing 30 exhibitions and projects annually and developing interdisciplinary projects including moving image and one to one live art events and before that Assistant Curator at WolverhamptonArtGallery for 4 years after her Museum Studies postgraduate degree and BA (Hons) in Visual Arts.