Home Archive Out and Beyond: Ian Wilkins by Steffan Jones-Hu... 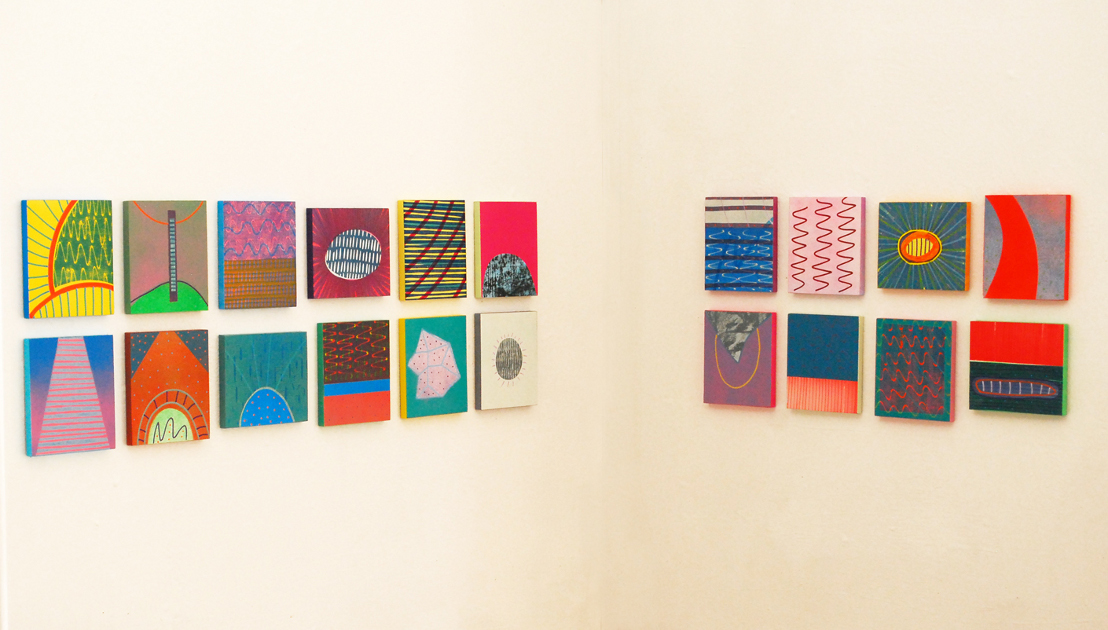 Oriel Wrexham Director Steffan Jones-Hughes writes about the work of Ian Wilkins who he mentored as part of our Out and Beyond programme.

I’ve been working with Ian Wilkins as part of Axisweb’s Out and Beyond programme which supports selected graduating MFA students in Wales. As an organisation Oriel Wrecsam has a focus on drawing, print and graphic-based work in the widest possible sense. Ian completed his MFA at Cardiff School of Art & Design in 2011 focusing on Printmaking…perfect! Ian's work explores the way that printed imagery can work in both two and three dimensions.

Ian was one of the founders of the Cardiff Sessions, who showed recently in Print International 2013 at Oriel Wrecsam selected by David Ferry. The collective, established in 2009 with his student contemporaries Michael Iveson and Christina Wrege, explore the aesthetics of collaborative mark-making and places them firmly in the realm of contemporary printmaking. A lithographic transfer paper is made, then folded and sent between collaborating artists who contribute their drawn mark and, in turn, respond to each other's drawings. The drawings are then transferred to a lithographic stone and printed as a mini edition by the members.

The beauty of printmaking is that it is a social activity, often taking place in shared studio settings. Artists working with print think in terms of layers, a term used in Photoshop, reflecting its origins in the print industry. They also draw on traditional analogue craft skills; the making of an image will depend upon what processes and techniques the artist has acquired, usually through working alongside others. The history of mark-making can be traced through the layers of the work and the final flattened image always appears with an element of surprise. Ian’s work comes to life during these stages and then, on occasion, leaps into the third dimension where he uses printed imagery to create objects and sculpture. 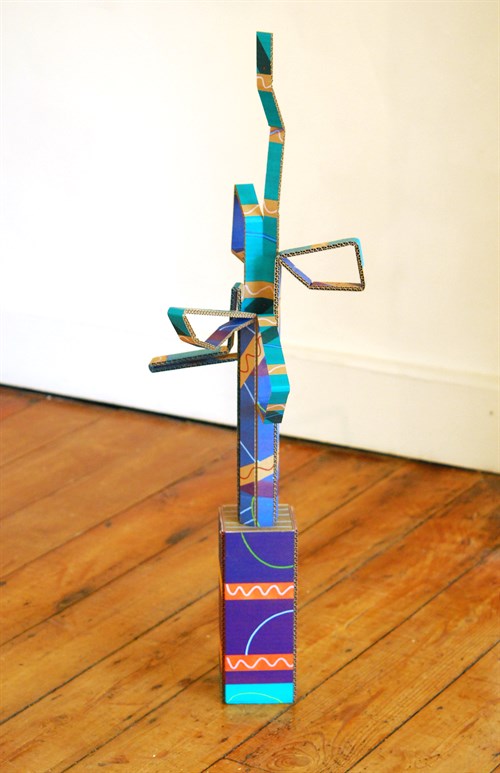 There is something playful about Ian's work. It is a celebration of mark and colour. At times pattern is celebrated for being pattern, at other times the forms are reminiscent of childhood. I'm reminded of the simplicity and pleasure of making things. Ian's world is filled with colour. His work is about the graphic mark, in a way similar to late Guston paintings. The simplicity of forms allows the viewer to respond to the purity of colour against colour—the mark made by lino-cut singing, as a layer of blue swims against another in brilliant sunshine, cutting through to the orange beneath. Simple materials are transformed into treasure; cardboard and MDF become integral to the printed surface.

Being artist in residence at Marlborough College recently allowed him access to facilities and the freedom to develop new ideas. Having this space to experiment and develop meant that his work has become increasingly sophisticated in an anti-sophisticated way. There is a maturity in the latest pieces, which alludes to a conscious decision to have fun and enjoy making the work.

Steffan Jones-Hughes is a visual artist based in North Wales. He has exhibited widely, most recently in The National Eisteddfod of Wales, and in Brussels and Amsterdam. He has worked with many galleries, universities and arts organisations, including Tate Liverpool, the Regional Print Centre (Wrexham), and Arts Council England in Yorkshire. He is currently Arts Manager for Wrexham County Borough Council and director of Oriel Wrecsam. You can follow him on Twitter @steffanjh