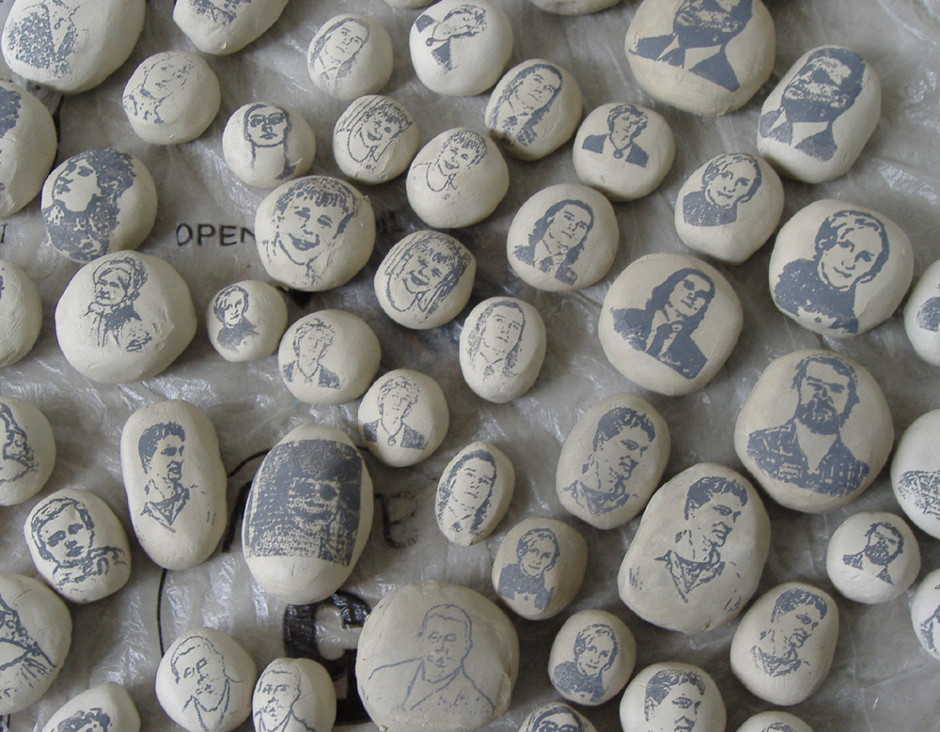 Ellen Bell met with the artist Jenny Mulcahy to talk about her recent residency at the Aberystwyth Arts Centre.

There is a small tangle of bramble on the floor of Jenny Mulcahy’s temporary studio at the Aberystwyth Arts Centre and various leaves, caught on un-fired thin strips of clay, are scattered on a makeshift table. Mulcahy, one of the three current artists on the Arts Centre’s Artists’ Residency Programme, has been foraging from the landscape that encircles her studio.

The environment of Mulcahy’s native land, and in particular that of her studio on Magnetic Island, Northern Queensland, has little in common with that of Mid Wales. Being used to managing the extremes of desert aridity and monsoon downpours, Mulcahy recounts her amusement at hearing a local refer to three days without rain as a ‘drought’. She is so evidently rooted in her home that I wonder what has brought her here. ‘A chance to think, to be alone,’ she replies. My questions are always followed by a silence as she weighs up every response, carefully,

In Sensing the Silence: Mary Kathleen, 2006, Mulcahy’s mission was to raise awareness of the implications of the mining of uranium. ‘What really infuriated me was you hear all this political debate but very little about the impact it causes….Uranium is naturally radioactive. It’s fine. It’s mining it that changes the nature of it.’ The exhibition comprises message sticks, large totemic structures, vessels, forms and wall-hung reliefs carved from Mulcahy’s own material concoction she calls ‘clay body’, a mix of pearlite, sawdust and flickers of steel from the Mary Kathleen mine. 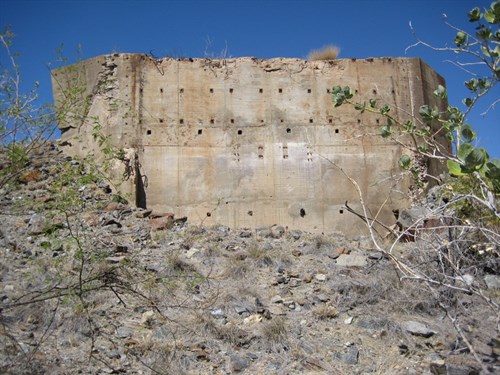 We talk about energy. It is a word she uses a lot and I want to understand what she means by it. ‘Is it a physical feeling?’ Silence. ‘Mmm, I think it is everything, you would feel it; you would intuit it with your whole body’. I ask whether she believes that as a white Australian she has access to the same energy as the Aborigines. ‘They would say no because they are the land, they are there.’ There is no rancour in this reply. She believes this energy, this ‘filling of the silence’ as she calls it, is there for all, while accepting that others may think differently.

Even though she is Australian she appears sanguine over the Aboriginal claim over the land – preferring to focus her energies towards the more pressing physical injustices of our world. Beyond Borders, 2011, features a piece entitled 400 grams, 2011, in which Mulcahy has formed a bowl just big enough to hold the daily amount of rice the World Food Programme has determined should be given to refugees. For all the discomforting potency of its message, it is an elegant piece of work. The measured, almost ritualistic placing, the limited palette and that same paring-back are clearly reminiscent of Japanese ceramics and yet Mulcahy is reluctant to align herself to any particular school. For her it is all about the message and how best to get it across. I ask her if she believes that her work raises awareness. This time there is no pause. ‘Most definitely,’ she says. 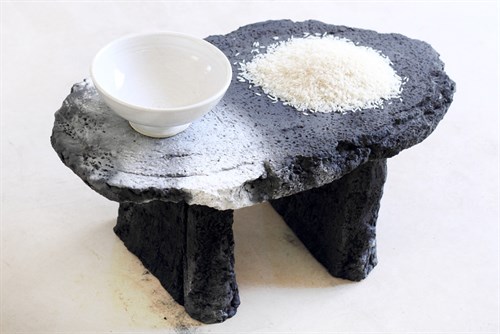 Mulcahy is a conundrum: articulate and fluent during the talk she gave as part of the residency programme, but hesitant before me and my recorder. She is clearly a very private woman and yet her ambitions for her work take her out into a very public arena. When she states that she ‘hates seeing ceramics on plinths’, there is a sudden flash of stubbornness, of tenacity and a clear glimpse of an unshakeable sense of self. She knows what she wants for her work.

Disliking the sometimes blurred curating of group shows, she needs to control how the work is displayed and interpreted. And yet she also admits to making domestic ware. With her commissioned and exhibition pieces taking months to complete, she describes the making of functional pots as ‘a release, an uncomplicated process.’ 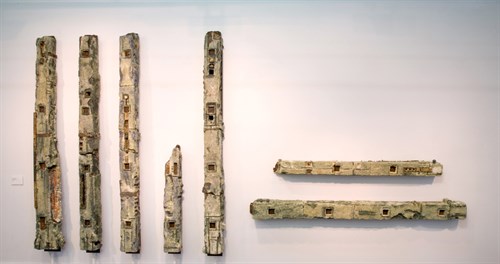 We walk over to a trestle table by the kiln where a mass of white pebble-like forms lie upon cling film. A photograph has been screen-printed onto each. She describes them as sling shot. The faces are those of her ancestors - her great, great, great grandparents from South Wales. The forms are like those used with the first weapons, the slings made from bramble. She is talking about diaspora: that scattering of people, the dispersal of generations.

The wielding of my camera feels like a violation. I pack it away embarrassed, all the while thinking about weaponry and armour – how it anticipates battle. She has given little away. I wish her well with the residency and walk out into the clear blue day, happy to leave her to once again fill that silence.

Ellen Bell is an artist and writer currently living in Mid Wales.