Home Archive Gill Nicol reports from Behind the Scenes of th...

Gill Nicol reports from Behind the Scenes of the Museum 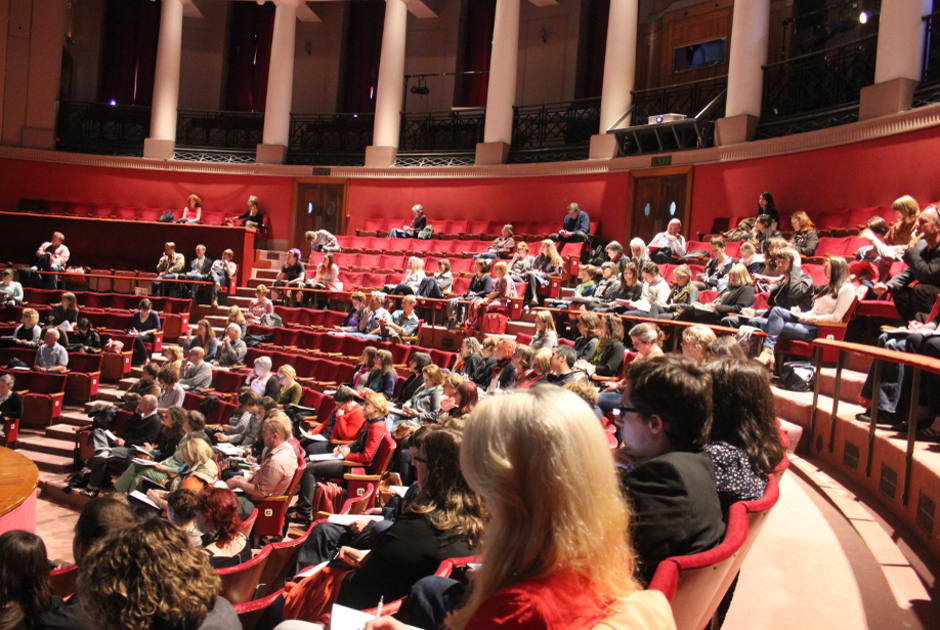 As Sheila McGregor, Director of Axisweb, said in her introduction, the subject seems to be of the moment – the zeitgeist. Artists are responding to and investing time in working with museum collections, alongside curators who increasingly understand the value of dialogue between the historical and the contemporary. To be a relevant and meaningful museum of the future, one way forward is to recontextualise your collections.

I know of a number of projects currently taking place across the UK. One of these is the newly re-opened Shrewsbury Museum and Art Gallery, where a main part of the new display encompasses five commissions by artists, two of whom acted as artist-curators to re-imagine the geology and ceramics collections. The authoritative voice has given way to a host of others and Shrewsbury Museum and Art Gallery has re-positioned itself in the process.

Sheila facilitated a conversation between artist Sarah Younan and curator Andrew Renton and asked what advice Andrew would give to artists who wish to work with museums? His response – to be open, prepared to be challenged, understand that the best projects grow out of an extended relationship, building trust and an understanding of how each other works – is great advice, and can apply to many (if not all) forms of collaborative working. One thing I would add would be to try to identify someone like Andrew to work with in the first instance – someone within the organisation who is confident enough to be taken out of their comfort zone. You also need to understand that they might be the lone voice within it, the only person who cares about contemporary art and artists. As he said, it’s all ultimately about relationships.

Perhaps more time could have been given to tease out some of these tricky, but relevant issues about this working relationship. The roles that an artist might take on within the institution – artist as curator, artist in residence, artist as mediator - require the museum and its staff to enter into a new relationship with an artist, bringing into the frame ideas and issues of trust, support, listening and learning, for both parties. This collapse of the boundaries of a practice can be challenging, but it is in such a space that something new can emerge. Trust seemed to me to be such an important word for this debate. 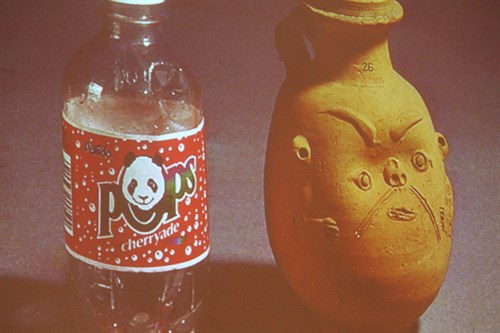 The opening talk by the well-known writer and curator James Putnam set the scene, giving examples of artists working in museums across a fifty-year period, alongside his own recent curatorial work at the Freud Museum with internationally renowned artists such as Sophie Calle and Mat Collishaw. I had hoped for a deeper look at why artists make the work they do in given situations. If an artist installs already-existing work in a new context, how is that different from an artist making new work in response to that context? I also wanted to know where the visitor / audience/ spectator was within this situation and, if that's not known, why not?

What James did talk about in the Q&A was funding. Prompted by a question about how his projects happen, he painted a rather depressing picture of applying for Arts Council funding – a project with 28 artists costing £30k – and not getting it. And of asking big companies for sponsorship, without much success. He spoke of artists doing the exhibition for free - another zeitgeist moment, what with a-n’s big push around artists' payment rights, and asking the public to help. Philanthropic giving is on everyone’s agenda and funding was something that cropped up throughout the day. 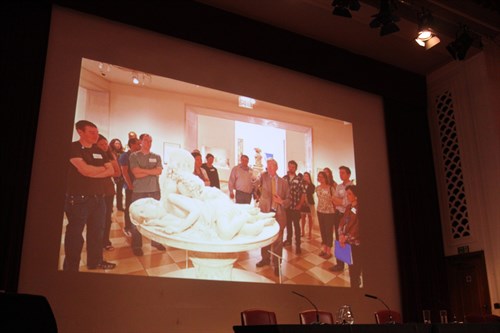 The artist's perspective was made visible by artist and computer animator Jon Monaghan, who draws on sci-fi, gaming, fiction and historical objects to make compelling environments, using animation, 3D scanning, printing and hacking. He showed a potential future in which we can take a photo of an object in the museum, print it in 3D, in ceramic, plastic or whatever we can afford, and then handle that object as opposed to solely looking at it.  Jon described what he does as ‘making new work, playing with the technology... this is my material, the computer. It's empowering’. When people are allowed to make their own replica of a museum object, at least they are spending time with it.

His talk made me truly aware of the enormous implications of what 3D printers might bring and brought to mind that short but incredibly influential essay by Walter Benjamin ‘Art in the Age of Mechanical Reproduction’ (1936). Back then, Benjamin argued that photographic reproductions cannot replicate the aura held by the original work of art. We are well used to the discourse that has developed around the photocopying and copying of images. With Jon’s talk, we begin to glimpse that narrative in 3D. Is it a positive or a negative for the future of our relationship with objects? And is that even the right question?

The main point that I have taken away with me is Sarah Younan's observation that ‘intervention' is no longer the right word for artists' relationship with museum collections. She sees that the museum is under pressure to be visible, to show its objects and artefacts as widely as possible. But, she asks, what if all the objects can exist in a digital space, to be seen rather than hidden, but in a virtual world. What about the role of the museum then? Perhaps that’s a good question to end on...

Gill Nicol trained as an artist and has over twenty-five years' experience in the arts. She has worked for numerous organisations including engage (national association for gallery education), Ikon Gallery (Birmingham), mac (midlands arts centre, Birmingham), Tate Liverpool, Spike Print Studio and Arnolfini in Bristol. She spent four years with alias (artist-led initiatives advisory service), working as a consultant to artist groups based in the South West, and worked for nearly two years with ArtMatrix, offering professional development advice for over 200 creative people in Bristol and Wiltshire.

She is now an independant art consultant, specialising in contemporary art.

About Behind the Scenes of the Museum: Artists in Collections

Behind the Scenes of the Museum was a symposium at the National Museum of Wales in Cardiff on 14 May 2014.

Behind the Scenes of the Museum was an Axisweb symposium delivered in partnership with the National Museum of Wales and supported by the Arts Council of Wales.

Read Spike Dennis's report from Behind the Scenes of the Museum: Artists in Collections >

Find out more about the event >