Home Archive For The Love Of It

For The Love Of It 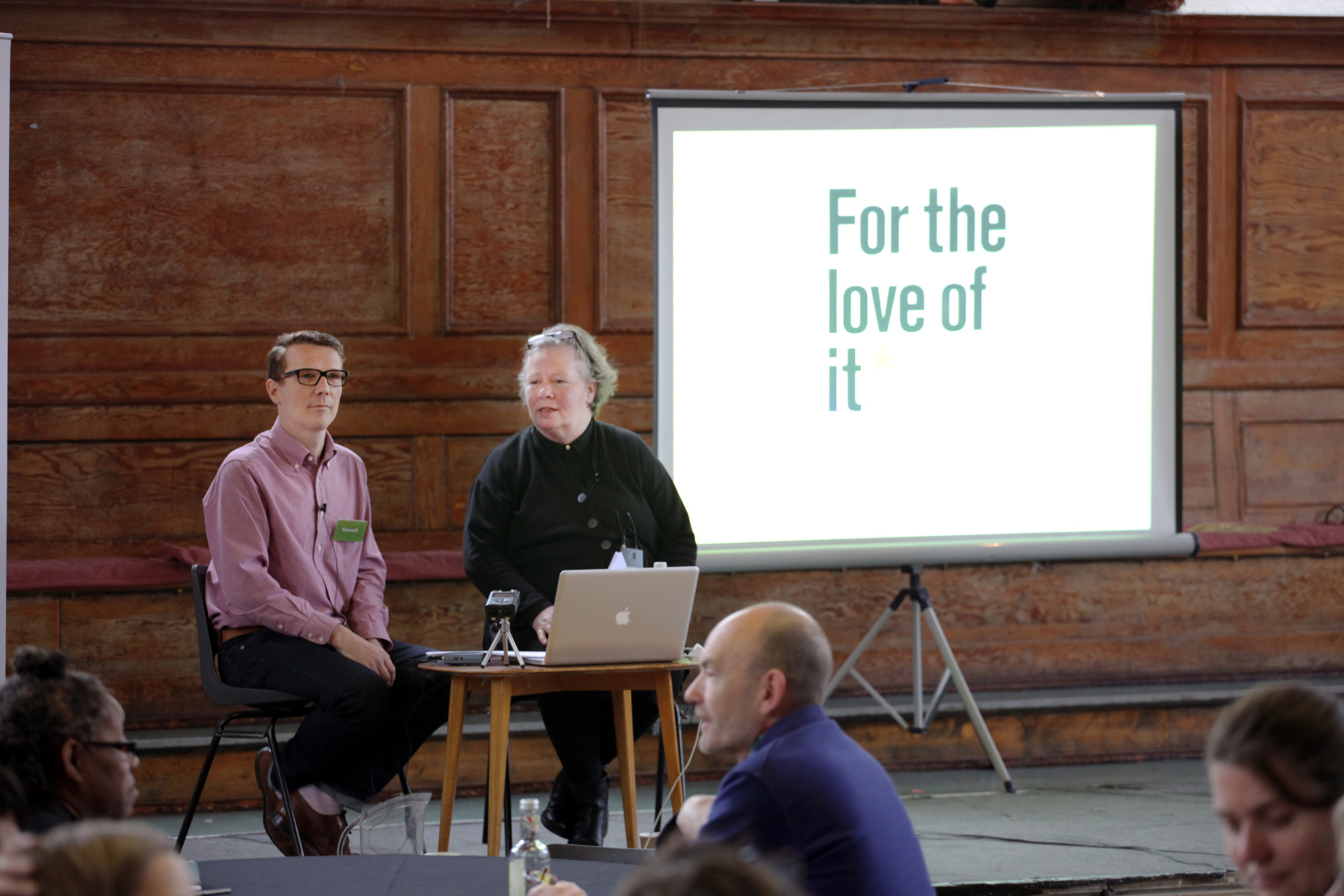 Last month we sent artist Samantha Donnelly to the day-long event, For The Love Of It, organised by Artquest. The aims of the conference were to look at how artists control and shape the context they work within, and to ask whether it is still relevant to say that they do it ‘for the love of it’.

A neighbour commented recently how lucky I was to forge my hobby, or love, into a job. I’ve heard lots of similar comments over the years. I think the idea of love is shorthand for you probably won’t be paid for it. And the luck part suggests it’s something found or given, not worked for.

Similar ideas of commerce, value and practice were discussed at For the Love of It, organised by Artquest and curated by Cecila Wee, last month. In her keynote speech, Lynda Morris discussed the production of the contemporary art biennial East International, with particular focus on the finances and politics of the open submission show. One of her concerns was the shrinking of purchase grants for galleries to acquire and develop their archives in favour of capital projects. Her argument concluded by discussing the relationship of property, money and power and how this affects all of us as artists.

The first breakout session I went to was ‘Value’ led by Amy Feneck, Neil Cummings and Sophie Hope. We were asked to talk to a partner about the value of being an artist for four minutes and I have to admit that after 90 seconds I ran out of ideas, as it wasn’t something I had ever consciously thought about. The group fed back ideas such as freedom, privilege, autonomy and intellectual enquiry - on the whole giving a largely positive, Utopian sense of why one chooses to practice as an artist.

After lunch the artist Sonia Boyce reflected on her practice and emphasised how working with others had been a real benefit to her, citing time spent at Gasworks. 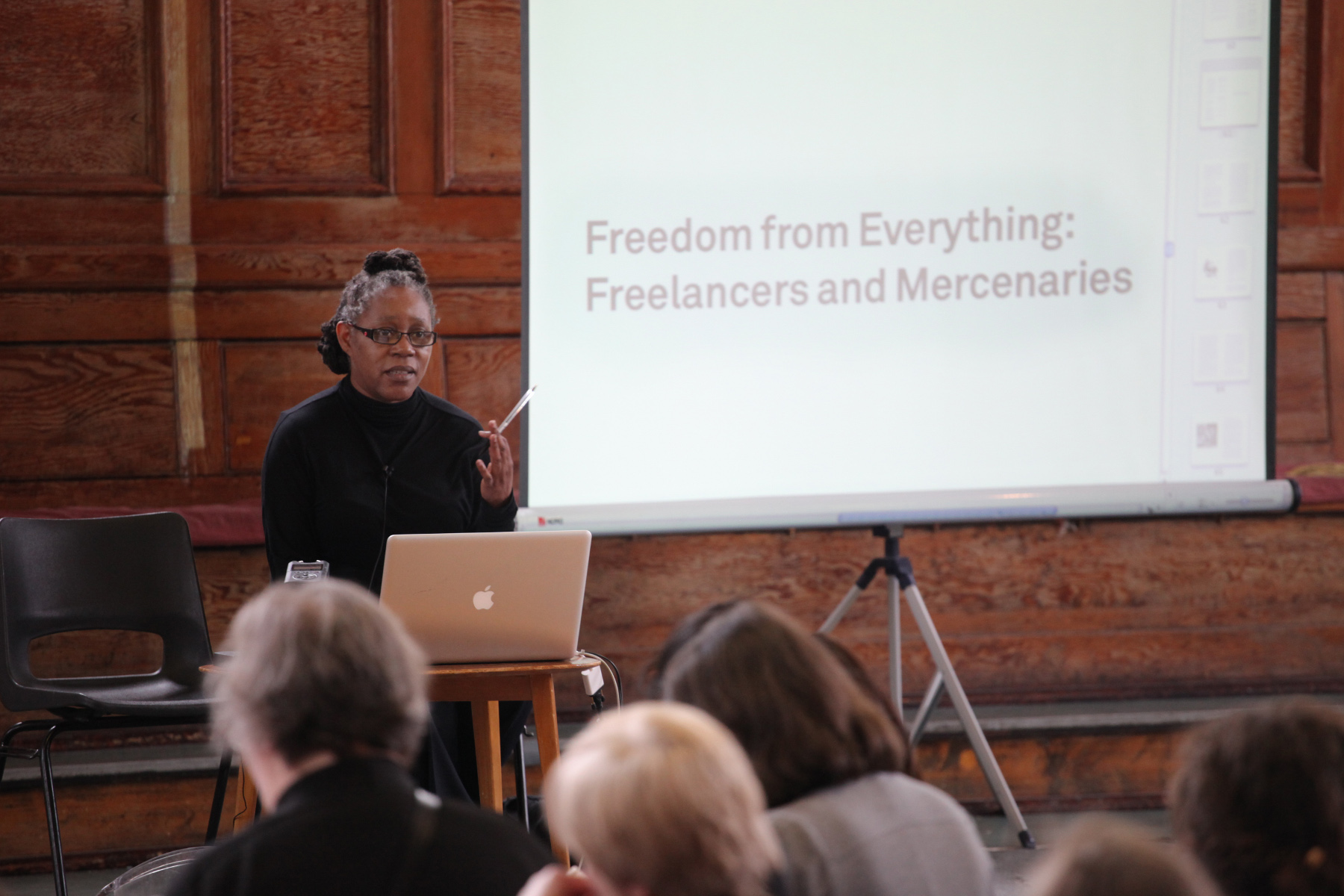 Sonia Boyce reflects on her career as an artist.

The afternoon session ‘Success’ was run by David Blandy, Doug Fishbone and Edwina Fitzpatrick. Some participants said making ends meet was enough; for others, just being able to have a practice represented success. 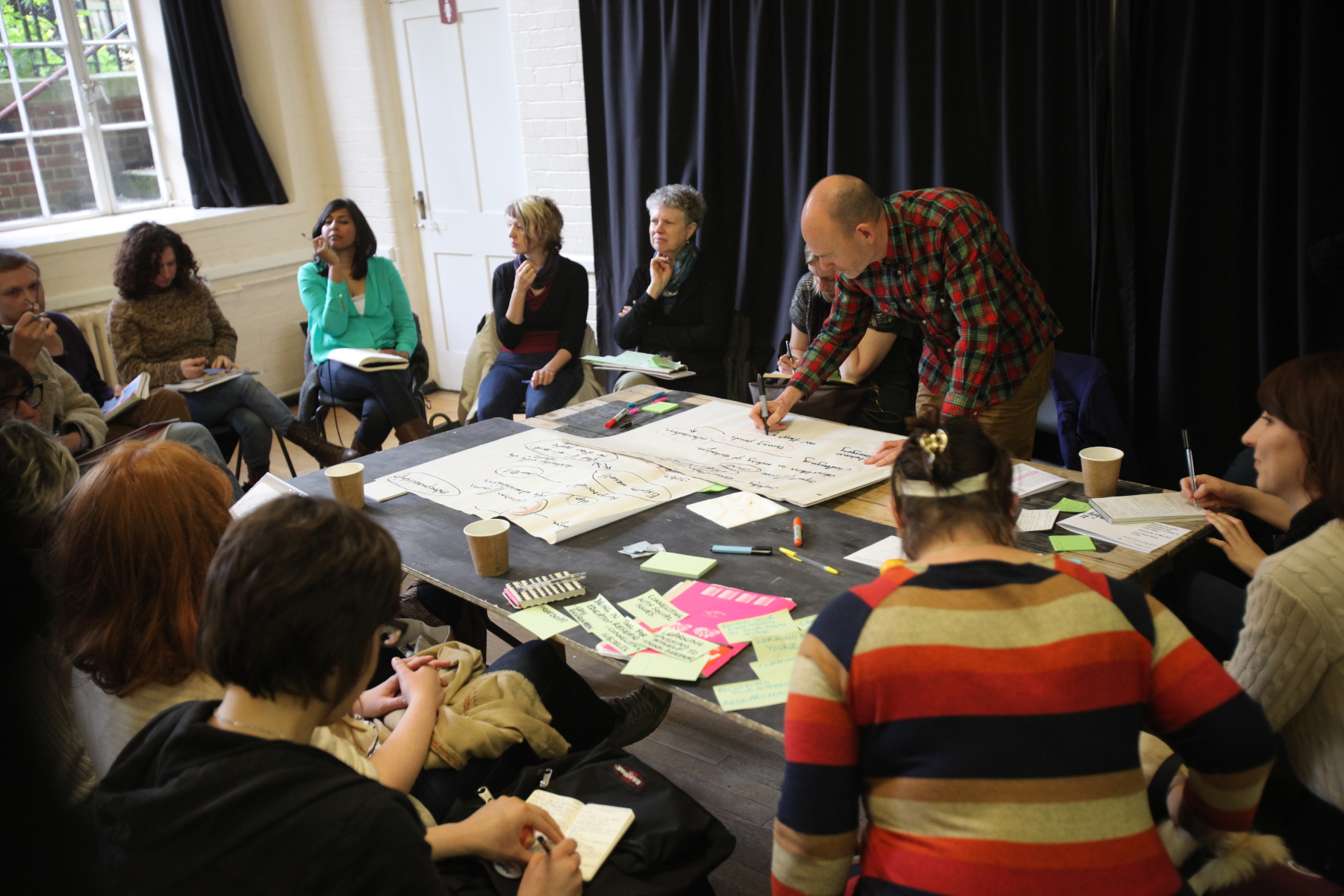 Fitzpatrick showed a series of charts showing the ‘route’ of success and how the predicted trajectory of success could be mapped after art-school. These had a comedic value in their rigidity: after A, B does not necessarily follow as per diagram. 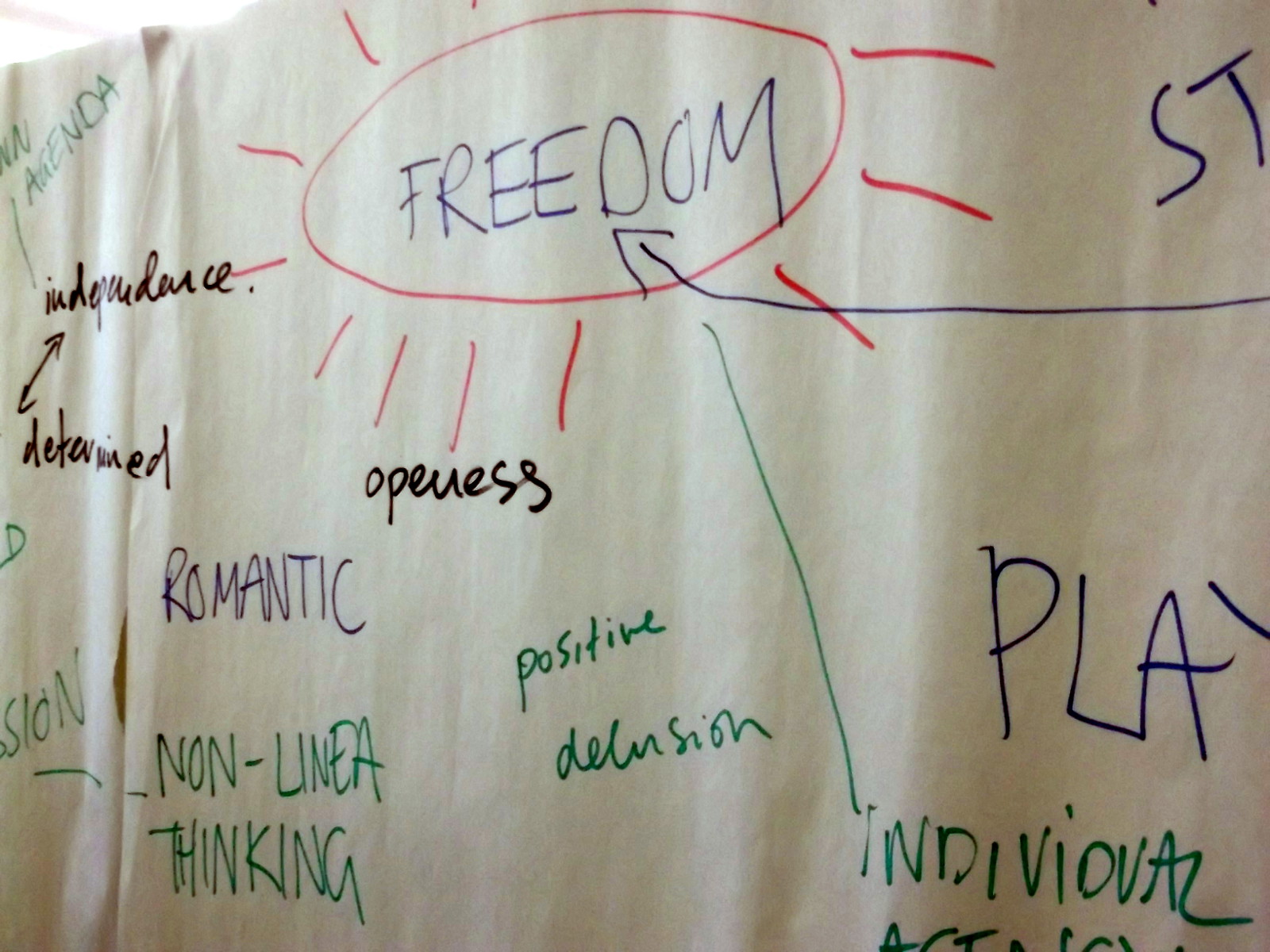 Diagram from the Value breakout session

The yBas were considered to be successes – but I wonder to what degree those individuals feel successful now, or have felt continually successful? Does success ebb and flow and can it be measured, especially with perception and reality being such different things? This started me thinking about the idea of documentation.

To what extent have the media, and in particular, the internet altered our notion of success? Rather than visiting a show or buying a monograph it is now possible to acquire a plethora of information about an international peer group of artists at the touch of a button.

Do I do it for the love of it? I guess talking about one’s practice as a passion sounds like a cliché. I wouldn’t describe my relationship as a love-like thing but when I think about how I work in an unheated studio making stuff through the long winter months, I realise that there is an emotional attachment there and a commitment to my practice – and specifically, I think, to the physical process of making the work.

It’s not always a positive experience though, as there is uncertainty that forces me to continually question my processes and motivations.

The conference was an interesting opener on a series of self-reflexive questions about the motivation and meanings of why one would want to and then strive to continue to have a creative practice, with small or no rewards. I’m sure I was not alone in hoping there will be opportunities to explore these in more depth on some future occasion.

Samantha is an artist based in Manchester. She is represented by Ceri Hand Gallery, London.